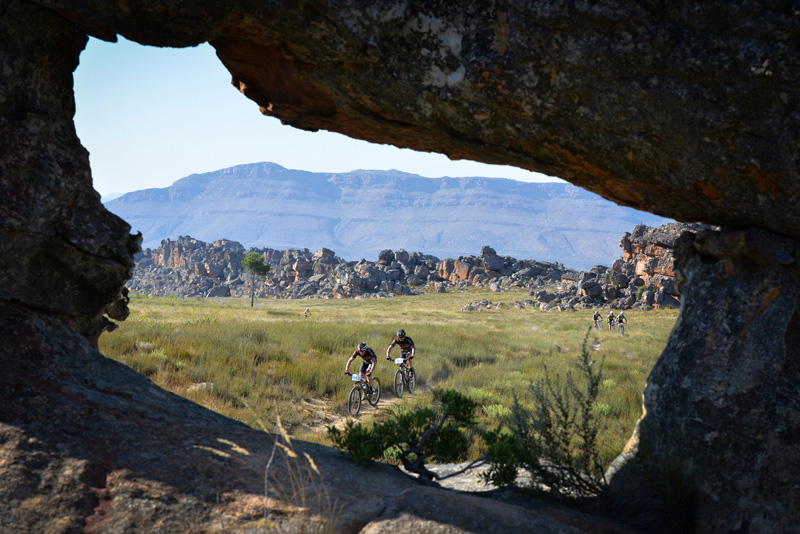 The DUTOIT Tankwa Trek route for 2015 will be getting some intriguing tweaks to make it even more rewarding for the riders.
Photo credit: Zoon Cronje/Nikon/Xtremedia

Ask any finisher of the DUTOIT Tankwa Trek mountain bike stage race what stands out about the event and virtually every answer will include references to the race route, which is dramatic, varied, stimulating, suprising and, most importantly, rewarding.

The third edition of the three-day race will take place from 13-15 February 2015 and once again promises to draw a world-class line-up to challenge for the various category titles. With similar terrain and distance-to-elevation ratio to the ABSA Cape Epic, the Tankwa Trek is becoming a preferred form-tester for those committed to Cape Epic participation.
The Tankwa Trek is held near Ceres, a prolific fruit-producing valley 150km northeast of Cape Town in the Western Cape province of South Africa. The geography of the region makes it a mountain bike route designer’s dream. The routes for each of the three stages are developed by three different mountain bikers that live in the area, each giving ‘his stage’ a different character, which helps add significant depth to the revered Tankwa Trek route.

“As mountain bikers, they understand what’s important, what’s dangerous and what’s stimulating. And since they live and ride in the area, they are able to spend a lot of time preparing the route so that it’s truly awesome. When you have a race route that’s so highly praised, it’s hard to better it, but these guys are doing just that for 2015,” added Herholdt.

“Stage 1 will be a little bit different from 2014, but will still retain the amazing views and challenging climbs. I’ve eliminated the sand section near the end, which nobody appreciated, and have added in a couple of sections of natural singletrack that will be a welcome surprise,” said Hannes Hannekom. 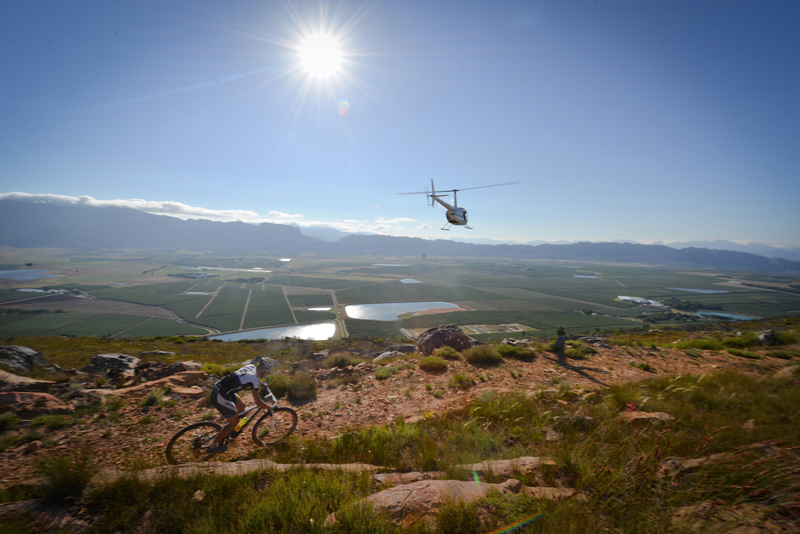 The elevation gained by the climb up the Merino Monster on Stage 2 of the DUTOIT Tankwa Trek offers incredible views of the surrounding fruit farming region.
Photo credit: Zoon Cronje/Nikon/Xtremedia

“We have a few changes to Stage 2 for 2015. I’ve left in the DUTOIT’s Drop singletrack downhill as well as the Merino Monster climb and descent. I’ll move the first water point further into the stage and it will be inside a fruit pack house, which is appropriate since this is the country’s prime fruit produce region,” said Mauritz Walters. “I’ll also eliminate one of the tar road crossings by taking the riders under the highway and I think I’ll make some other minor changes in the last 10km too.”

“We will have a few sections where you can choose your singletrack option. They won’t run next to each other but each takes the riders on a different route for a while. Some will be equal in distance and technical difficulty simply to improve flow, but other options will offer a longer, less technical section or a shorter technically challenging section to cater specifically riders of different skill levels.

“We’ll also add in some more bridges this year,” explained Van der Merwe, who has been resourceful in creating continuous singletrack through the region’s huge sandstone rock formations.

“By having such dedicated, expert route designers, we are able to focus on fine-tuning the rest of the racing experience for riders at the DUTOIT Tankwa Trek, such as the food, accommodation and ablutions, all of which are as essential to a stage race as a memorable route,” added Herholdt.

Entries are open for the 2015 DUTOUIT Tankwa Trek, but the field size is limited and cannot be expanded due to the potential capacity of the host venue, Kaleo. There are both team and solo rider packages available, which include three nights of accommodation.