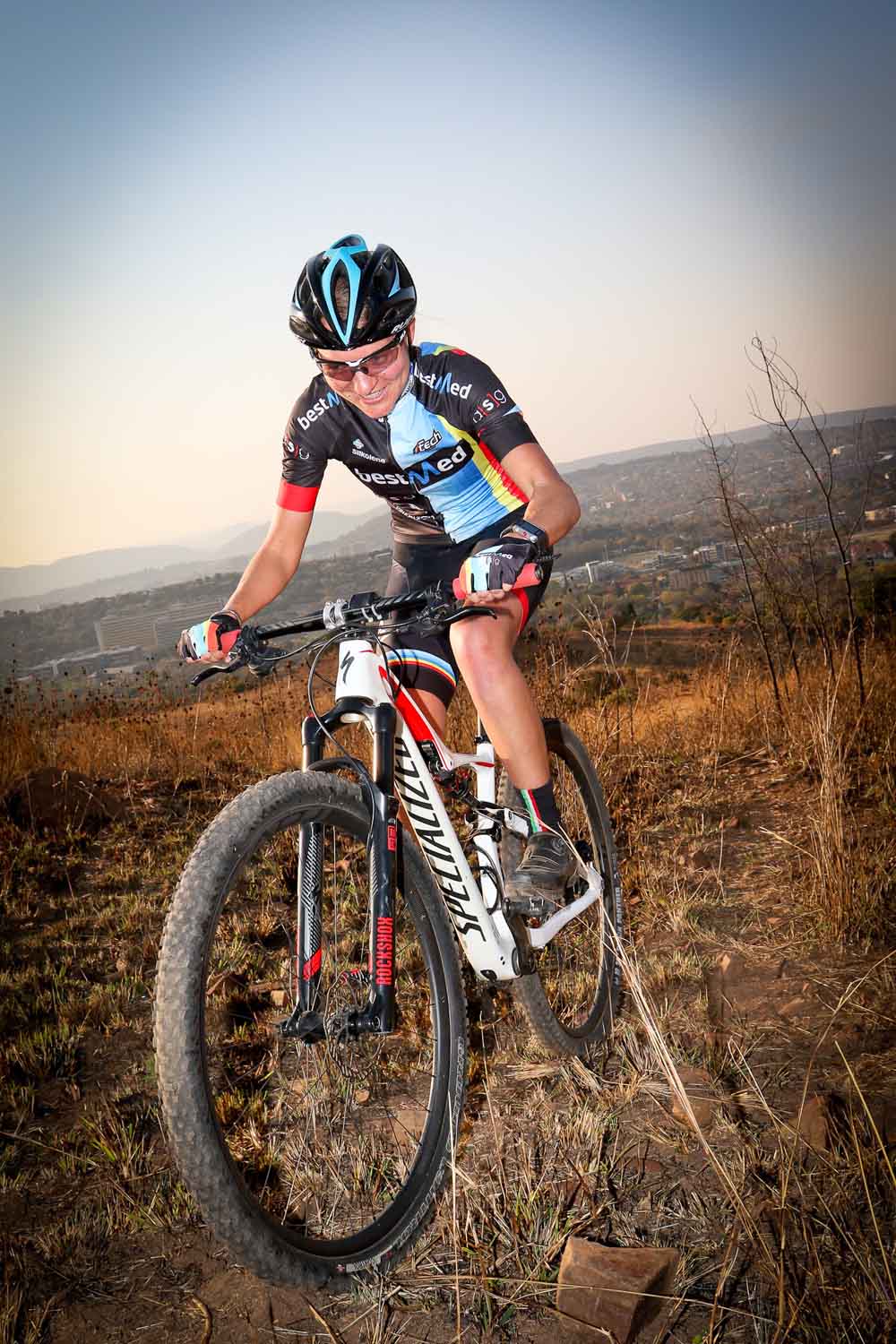 Team Bestmed-ASG members will make their presence known at one of South Africa’s toughest mountain bike stage races, the Cape Pioneer Trek, which starts near Mossel Bay this coming weekend.

Team Bestmed-ASG members will make their presence known at one of South Africa’s toughest mountain bike stage races, the Cape Pioneer Trek, which starts near Mossel Bay this coming weekend.

Riders Michelle Benson, Mariette Hattingh and Sanet Coetzee will team up with male partners to do battle in the mixed category at the seven-day race.

Former junior national time-trial champion Benson is looking forward to competing in the off-road discipline that got her interested in cycling in the first place.

“I am quite nervous and a little bit scared, but more than anything I am really excited to take part in the Cape Pioneer Trek for the first time,” said Benson.

She will be teaming up with her father Rex, who is a multiple finisher in the event.

“I have been looking forward to entering for some time,” said the 19-year-old.

“This is the first year that I am old enough, and teaming up with my dad will be a lot of fun.”

Benson said she would use the event to test herself and notch up some solid stage racing experience.

“I definitely look forward to racing this event seriously one day, and entering it with the goal of reaching the podium. But for now I just want to enjoy it and gain more experience.”

More experienced mountain biker Hattingh also admitted to being fairly nervous heading into the longest stage race she has ever done.

“I have done sani2c and 3 Mountains before, and besides Hakahana I have done every race in the TrailSeeker series.

But the most I’ve done are three or four day events, nothing like the seven-day Cape Pioneer Trek,” said Hattingh.

The 26-year-old, who will be partnering with experienced mountain biker Mike Orselli, said her preparation had been going well but conditions at the event would determine her performance.

“I will control what I can, but the Cape Pioneer Trek is well known for often having rainy conditions.

“We can’t control the weather, but I can ensure that I am fit enough and that I have everything I need to do my best.”

Hattingh said she was looking forward to stages three and four, where she will test her technical skills in the Kammanassie valley and enjoy the beautiful scenery of the Swartberg mountain pass.

The experienced Coetzee will provide the main thrust of the Bestmed-ASG attack alongside ad hoc partner Eugene Botha.

The 31-year-old showed her technical abilities when she finished second in her age category at this year’s national marathon champs and also has five Cape Epic finishes to her credit, the best of which was a credible fifth place alongside Laetitia Botha in 2010.

Coetzee will draw on her experience in this and numerous other long-distance events to power though the 541km awaiting her.

The riders will traverse terrain ranging from sandy beaches to tree-lined forests and rocky mountains as they head towards the finish in Oudtshoorn on October 24.