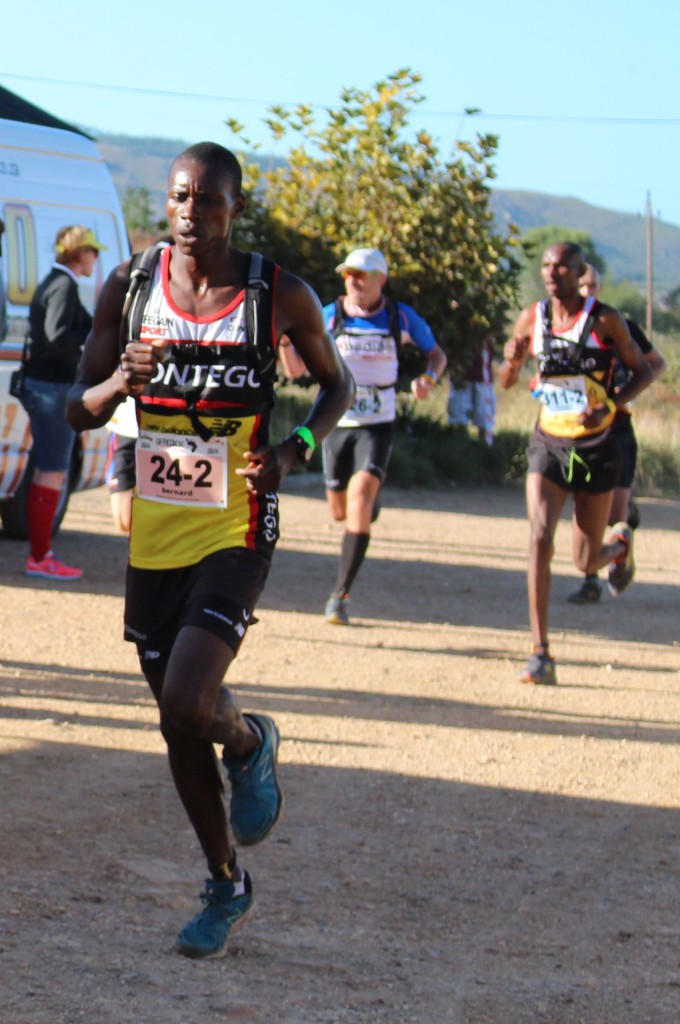 With three victories from three races Team Contego’s Bernard Rukadza has won the Spur Trail Series even though there is one race left in the series. Rukadza won the races at Paul Cluver (Grabouw) on 20 July, Tygerberg Nature Reserve on 27 July and Paarl this past weekend. The last race is on 16 August in Kleinmond.

All the races have distances between 13 and 15km for the long course. In Paarl last Sunday Rukadza won the 13.8km race in 52 minutes and 35 seconds.

At the Tygerberg and Grabouw races Rukadza Contego-teammate Tsungai Mwanengeni was the first veteran. He did not get a result at the race in Paarl, but he only needs to finish the Kleinmond race to win the Veteran title.

After winning the Tygerberg race Rukadza also ran in the PPC Riebeeck Wes Berg Marathon over 42km. The marathon was held in Riebeeck-Wes. He finished second in 2 hours, 30 minutes and 56 seconds. Dicardo Jacobs won in 2:30.07. Phumlani Nxusani (2:32.53) was third.

“The trail series is not that difficult and that makes it possible for me to race twice over the weekend. I am enjoying all the races and I’m very happy with my performances. Not only does it mean a lot for myself, but for the team and sponsors as well. There are still a few big races to come and I feel confident of some more good results.”

Other members of Team Contego have also been busy over the past few weekends.

Recently at the Hout Bay Challenge over 35km Dion Middelkoop was the first veteran in 5:00.08. Eddie Lambert, who is still recovering from injury, was the first sub-veteran at the Warrior Black Ops Elite obstacle race (National Series) in Balito two weekends ago.