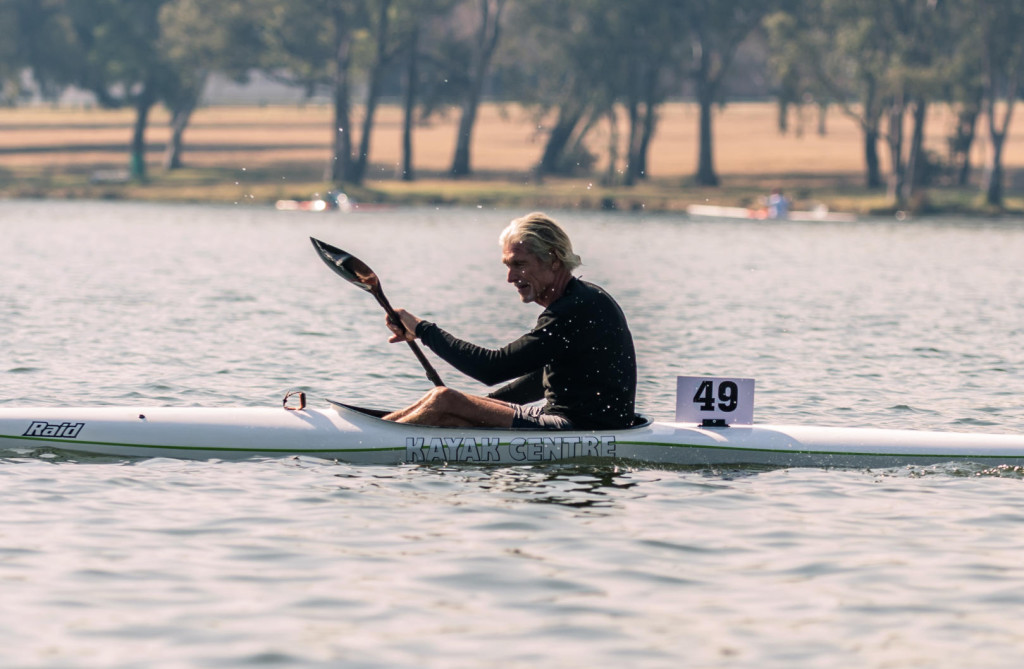 Oklahoma City – The South African campaign at the ICF Canoe Marathon World Championships got under way in empathic fashion with its veterans and masters paddlers gabbing six K1 medals on the first day of competition – two golds, three silvers and a bronze.

The ICF Canoe Marathon Masters World Cup features paddlers over the age of 35 in five year age categories and saw South Africans dominating many of the medal presentation ceremonies.

62 year old Lee McGregor, father of current world champion Hank McGregor, produced the day’s most staggering result by winning the gold medal in the men’s 50-54 age category, electing to race in a younger and more competitive age category, racing 22km instead of the 18km set down for his actual age group.

“It turned out to be a smooth, problem-free race,” said McGregor afterwards. “We had the top US Paddler in our group, there to try and dominate the 50 year old, but he got worked off the bunch. Then it was myself, a good Australian and a top Irish paddler that settled into the front bunch together, and it all worked out well for me in the end.”

“It’s what we have been training for, what we have been working towards,” said a satisfied McGregor. “I can match my son’s three senior titles with three Masters Cup titles. Maybe it is time to give it up and concentrate on coaching,” he added tongue-in-cheek.

“It was a little choppy and windy for me, but I got a good slip from the other ladies because we all started together. The whole race worked out fantastically!” said Lapere, who will team up with ex-pat Margie Bohm, now racing in Australian colours, for the K2 race on Thursday.

In the 65-69 men’s K1 age group, South Africans filled four of the first six places, with Durbanite Richard Venniker narrowly missing out on gold to the on-form Swede Svenning Jorgensen.

“The Mexican paddler took off like a bat out of hell, but luckily I followed (manager) Steve Jourdan’s advice and stuck with the Danes. The Danish paddler was much too strong! I managed to hold on for a while in what was a great race,” said Venniker, who medalled at his first Masters Cup outing.

“I am very superstitious, and wouldn’t put on any item of my SA Kit until the day of the race. It worked out well in the end,” Venniker added. 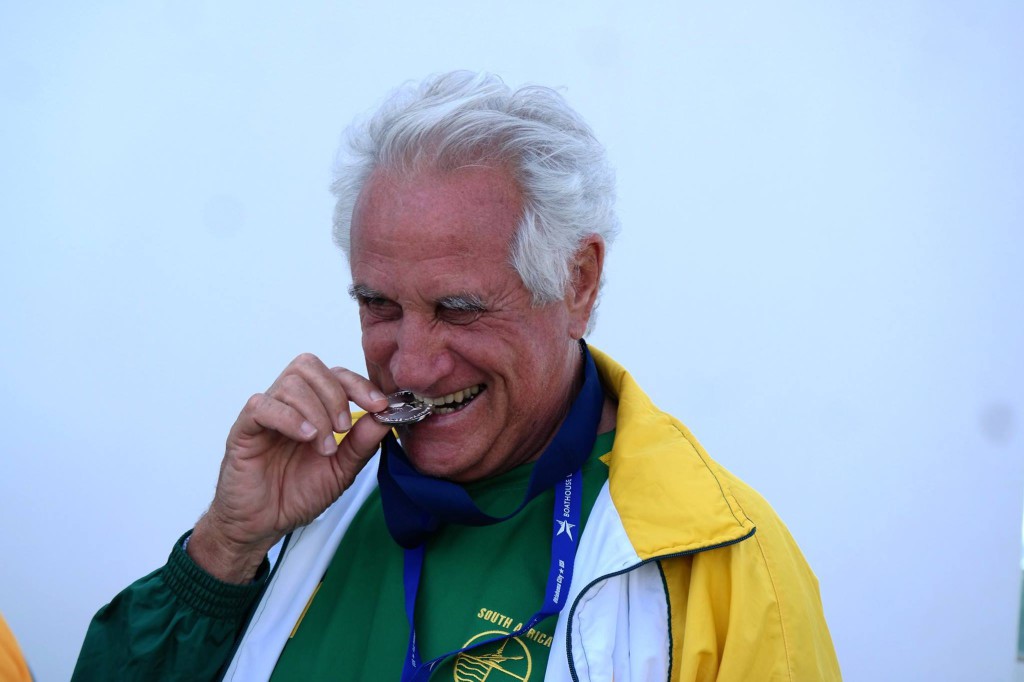 Cape master and founder of the Berg River Canoe Marathon Willem van Riet celebrates his silver medal at the Masters Cup. “I am extremely proud to win this medal because I was part of the crowd in the sixties that never got to race in the world championships. I trained like a lunatic for nine months for this!” – Eveline Dietz/
Gameplan Media

“I am extremely proud to win this medal because I was part of the crowd in the sixties that never got to race in the world championships because we were banned from the sport. The only way we could race was through clubs in England and Germany.

“I trained like a lunatic for nine months for this!” he added.

The evergreen Durban paddler Allan Hold raced a needle title decider with British master Melvin Swallow, which he lost in the final lap to add a silver medal to the team tally in the Men’s 60-64 age group.

Nelspruit doctor Gustav Smook added the sixth medal to the Team SA swag with a third place in the Men’s 45-49 category, just behind another South African ex-pat Jan Malherbe, now racing for Canada.

The Masters Cup racing concludes on Thursday with the K2 races, before the attention shifts to the Marathon World Championships proper for Seniors, Juniors and Under 23 paddlers.