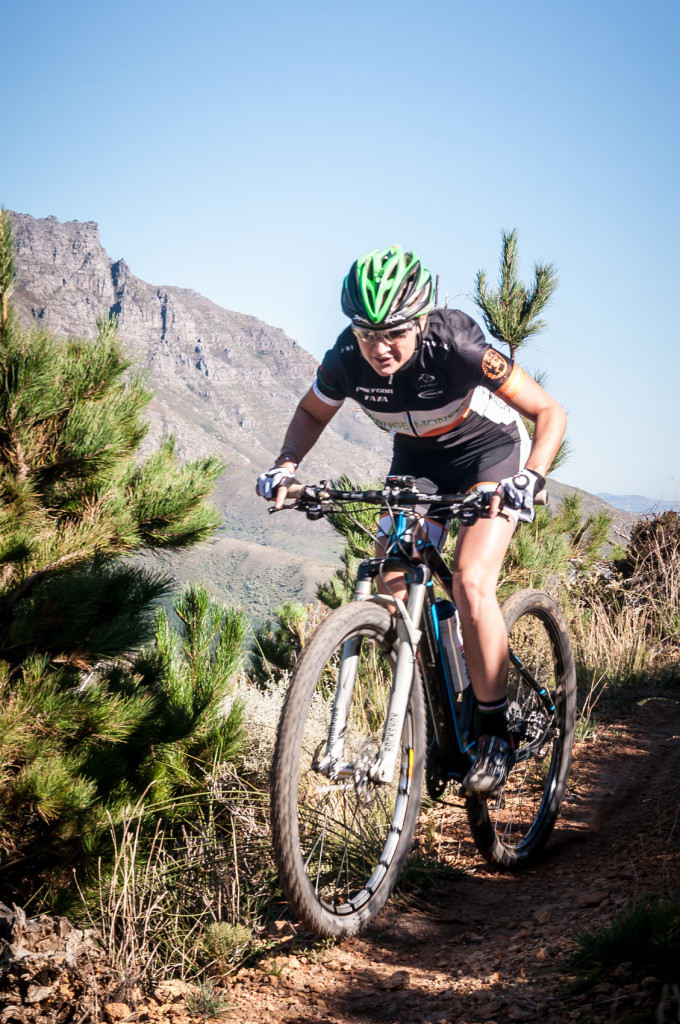 Mariske Strauss during a training session

Mariske Strauss of the Paarl Media sponsored Orange Monkey Pro Team, placed 10th overall in the Women’s Cross-Country category. As a novice in her first Commonwealth Games Federation race, Mariske was seeded fourth and performed exceptionally despite a crash during practice the day before where she incurred a serious injury to her hip.

“Mariske raced hard despite her obvious discomfort and achieved a respectable time of 1:47:17 which is a result of her commitment and focus for the sport. Mariske will now turn her attention to qualifying for the World Championships in Norway,” says Stephen van der Walt, CEO of the Paarl Media Group.

“The two riders featured strongly within their individual categories with the challenging course set out. Nurturing of talent and supporting those who put in the hours of work it takes to achieve high levels of performance, these are the principles behind the sponsorship of the Orange Monkey Pro Team and the Paarl Media Mountain Biking Team,” says van der Walt.

–        “It was a tough race and just a massive thanks to all for the amazing messages of support.”