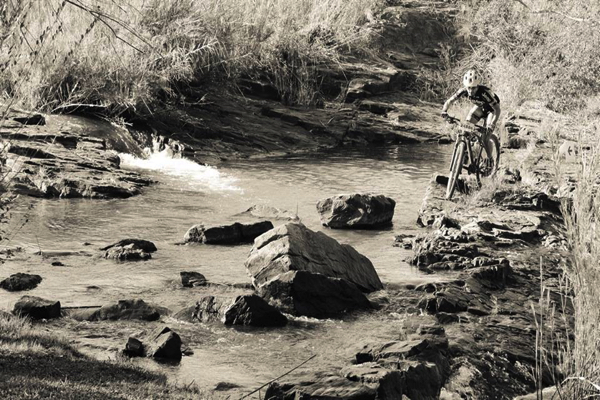 The 2015 Nissan TrailSeeker Gauteng mountain bike series is set for a tense conclusion when 3000 mountain bikers contest the final round of the five event series at Cullinan, east of Pretoria on Saturday.

After four rounds, the South African champion, Gawie Combrinck (EAI Cycling) tops the points table in the men’s marathon division, but with the four best results being counted for the final standings, a number of riders are still in with a shot at the overall series title. Combrinck has done three of the first four events and will have to complete Saturday’s leg in a fairly high position to be in contention for the title.

Thinus Redlinghuys, William Mokghopo (Kargo Pro) and Pierre Smith, currently second, third and fourth respectively, will all be racing with an eye on a series podium place. Nico Bell (RECM), winner of Rounds 1 and 3 will also be on the start line. But while he won’t be able to challenge for the series title (he’s only done two events), he’ll be hunting for a perfect record with a third win. And his presence could well impact on the points allocation to decide the series placings.

In the women’s marathon series, Theresa Ralph (Galileo Risk) is the current leader. She missed Round 1, but was second at Rounds 2 and 3 and won Round 4. She’ll be difficult to topple but will require  a strong finish on Saturday in order to secure a certain shot at the coveted series crown, which also doubles as the Gauteng provincial series title.

Ralph’s nearest series rivals are Adrienne Moolman, Michelle Benson and Marriette Hattingh, all relative newcomers to marathon racing podium hunts. However they’ll also wary of the presence of the experienced South African champion, Robyn de Groot (Ascendis Health) in the final round. De Groot raced only Rounds 2 and 3, winning both so can’t have a tilt at the series crown, but will be chasing the race victory and will be hard to beat based on multiple podium finishes at the Cape Pioneer Trek last week.

The Cullinan event, nicknamed Diamond Rush, sold out weeks ago, bringing the tally to 15 000 entries over the 5 Nissan TrailSeeker Gauteng events for 2015. What really makes this event stand out from the already popular events and trails that make up the series, is the combination of flowing trails and exclusive sections only open to the public for this race. The Little Eden section, renowned for its rock tunnels, takes riders right past a waterfall with numerous bridges and hand built trails. This year will also see the addition of some new single track sections thanks to organisers Advendurance, who have been working on the route for weeks.

Historically, the event took place in the centre of the old diamond mining village, but this year it’s been moved to the Cullinan Sports Grounds to ease congestion and make venue access easier for participants and supporters.

The 70km marathon route is a single loop that shares the first and last kilometers with the 40km half marathon route. According to Advendurance, the marathon is a good test of fitness, skill and experience, offering a good mix of technical sections for intermediate and skilled riders. The half marathon route consists of 70% dual track and gravel roads along ridges and ravines with some of the best singletrack sections the race has to offer. There is also a 20km fun race and a 10km fun ride.