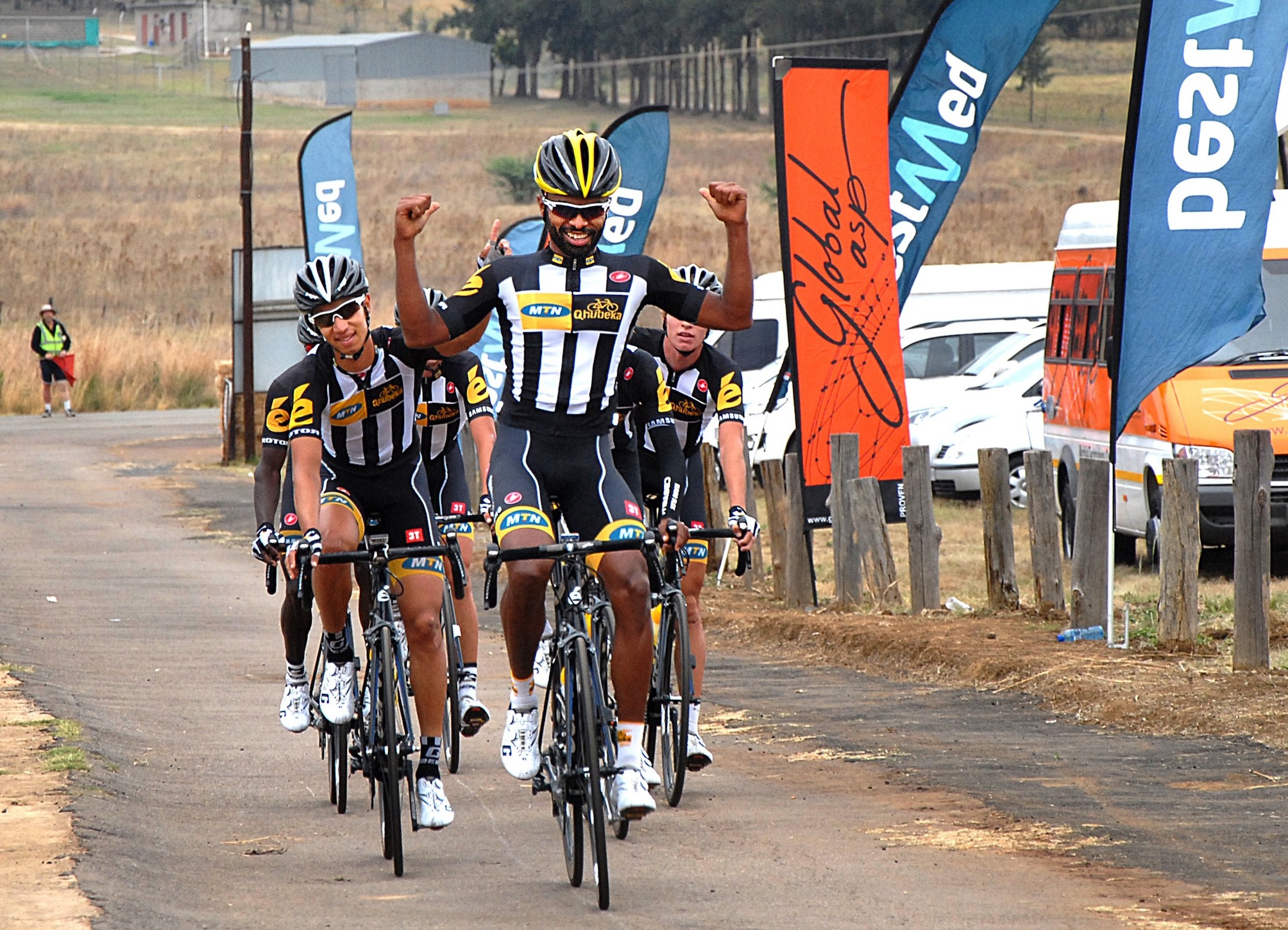 Africa Games gold medallist Meron Teshome said farewell to his MTN-Qhubeka teammates in fine style when he raced to victory in the Bestmed Satellite Classic, presented by ASG, near Hartbeespoort Dam on Saturday.

Africa Games gold medallist Meron Teshome said farewell to his MTN-Qhubeka teammates in fine style when he raced to victory in the Bestmed Satellite Classic, presented by ASG, near Hartbeespoort Dam on Saturday.

The Eritrean, who triumphed in the individual time-trial at last month’s continental tournament, sprinted to the classic win on the Hartbeeshoek road in a time of 2:27:27.

The finish line was awash with the feeder team’s familiar black-and-white kit as Teshome’s teammates stormed in on his wheel to complete their dominating performance in the 106km road race.

Jayde Julius and Metkel Eyob took second and third respectively, with Tesfom Okubamariam, Stefan de Bod and Gustav Basson continuing the clean sweep of the top six in a shared time of 2:27:28.

It was Teshome’s last race on South African soil before relocating to Germany, where he has signed with UCI Continental team Bike Aid for the 2016 season. In the interim, he will rejoin his national team for the Tour of Rwanda.

The 23-year-old said the victory had been a bittersweet parting gift from his team.

“It is a good ending to my two years here. It is difficult leaving because we are not like other teams, we are like family.”

The racing started ideally in cool and overcast conditions, as Teshome attempted an early getaway but he was soon caught by the chasing peloton after 13km.

His whole team surged again around the 20km mark, with only Pieter Seyffert (Altech-Autopage) and Calvin Beneke (Luso South Africa) able to respond.

By the time Teshome captured the sprint prime at 43km, the eight-rider selection had extended their lead to more than three minutes over the chasing peloton.

With 40km to go, Basson launched a solo attack and his teammates managed to shake off Seyffert and Beneke en route to reeling him in five kilometres later.

The Potchefstroom-based outfit kept a steady pace as they approached the massive Hekpoort ascent, where Eritrean climber Okubamariam showed his colours at the king of the mountains hot spot.

They kept it rolling in the closing 20km to usher in their champ for an uncontested victory at the Saloon Route 66 race venue.