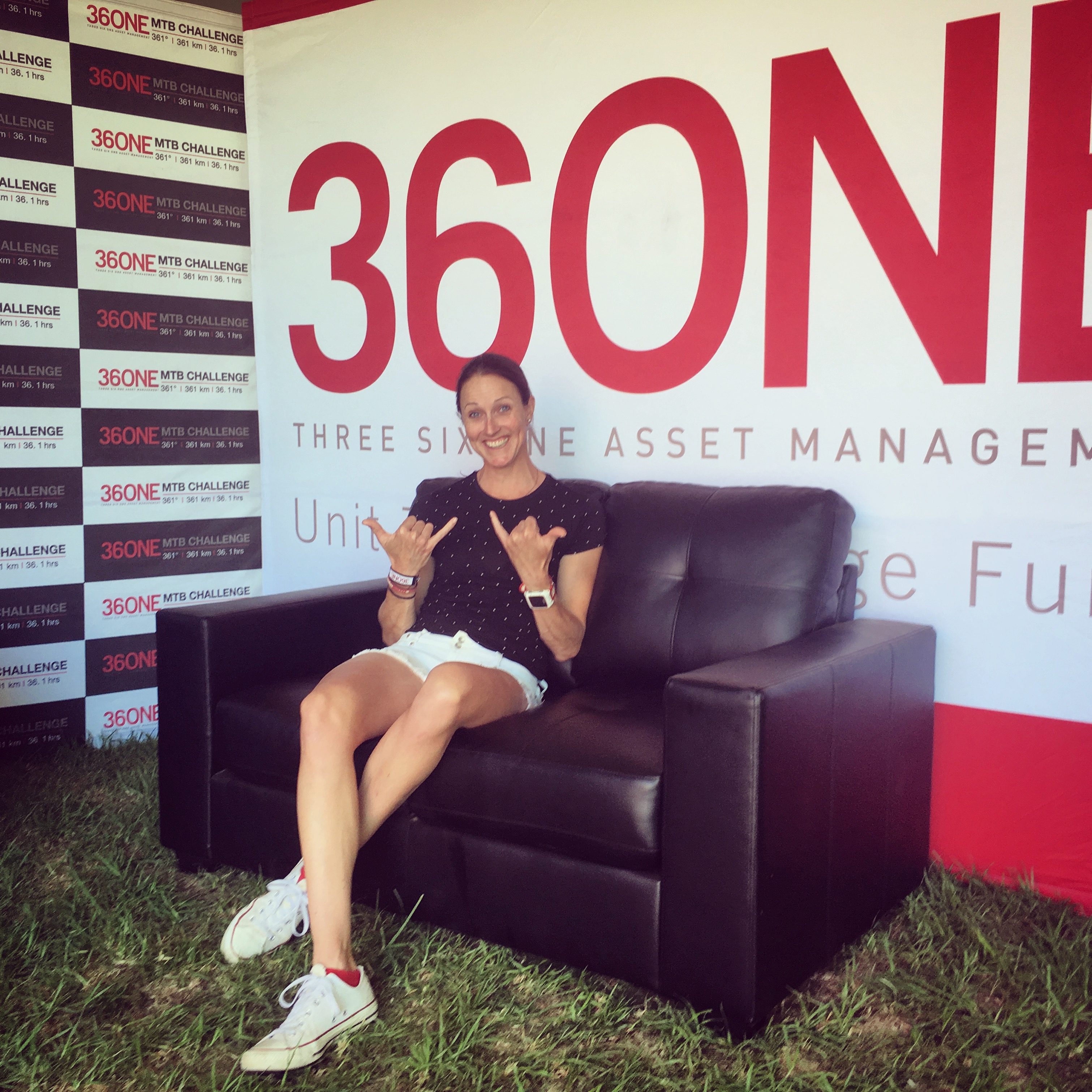 I hadnt specifically trained for this race and was hoping my Ironman training would suffice. And it did except I probably should have ridden my mountain bike a few times just to get used to the set up as after 15+hrs my back started taking a bit of strain.

We set off at 6pm from Kleinplaas Holiday Resort. Before we knew it we were in darkness, eating dust, my eyes already burning, just following the light in front and hoping for the best.

We had started too fast and I already knew I would suffer for it later, so we eased off. Richard told me to go on ahead but I didnt want to. It was going to be far nicer to ride together and to share the experience of 361kms! Even in times of silence it was just nice to know that we were there for each other, especially through the tough patches – there were many! And I’d say 361km is a pretty good way to get to know someone! But I also didnt want him to feel pressurised into riding faster than he wanted to so I tried to let him decide the pace.

It’s a shame that the first 13hrs of the race is in darkness as I’m sure the scenery was stunning. The star filled sky was beautiful and perfect for a Friday evening ‘date night’! Lol

The feed stations were fantastic – I think I ate my body weight in banana bread! Something to look forward to every 30/40km along the route! At the first checkpoint at 80km I grabbed a spare light battery from my container as I knew my battery wouldnt last much longer. However I had borrowed it from a friend and although it looked the same as mine I stupidly hadnt checked to see if it plugged in to my light….I found out it didnt in the pitch dark somewhere in the Karoo! Thankfully Richard’s light was perfect so shared his.

Another error was packing my base layer in container 1. At 10pm it was still warm so didnt need to put it on. In fact the weather forecast had said an overnight minimum of 16c so we were in for a lovely warm ride. 6c at 3am at checkpoint 2 (180km) was an unpleasant surprise to say the least! With our teeth chattering it was hard to tear ourselves away from the lasagne, coffee and blazing fires.

Richard had a few mechanicals during the race – not ideal starting a 361km race with a slightly buckled back wheel from transit, but his breaking chain was more of an issue. It finally gave up at about 230km. At least it was now daylight which made things slightly easier. After an hour of a little bit of swearing, various spare links and eventually some help we got going again.

At about 260km there was the longest climb ever! But at least the views were stunning! But it seriously went on and on! I was looking forward to being rewarded with a fast flowing decent…so I wasnt too impressed with the rocky path were given. My hands were numb, my arms aching, my calf muscles now beginning to burn from standing up but i couldnt sit down due to the rocks and the effect on my tender bottom! Checkpoint 3 was a very happy sight. Refuelling with pancakes and caffeine and time to get rid of excess clothing now that it was 33c.

We set off for the last 80km in good spirit until we realised 2kms later that we had left our car keys in container 3. It wouldnt have been so bad cycling back if we hadnt just flown down a steep hill.

My garmin ran out of battery at about 255km (~15hrs) and Richard’s at just over 300km which made the last 60km even more difficult as 10km seemed like 30km. There are some serious climbs in this last section and when you are lacking sleep, your legs are tired, your back is sore, your bottom is tender, your hands are numb, and it’s 33c it takes a lot of mental strength to keep going. 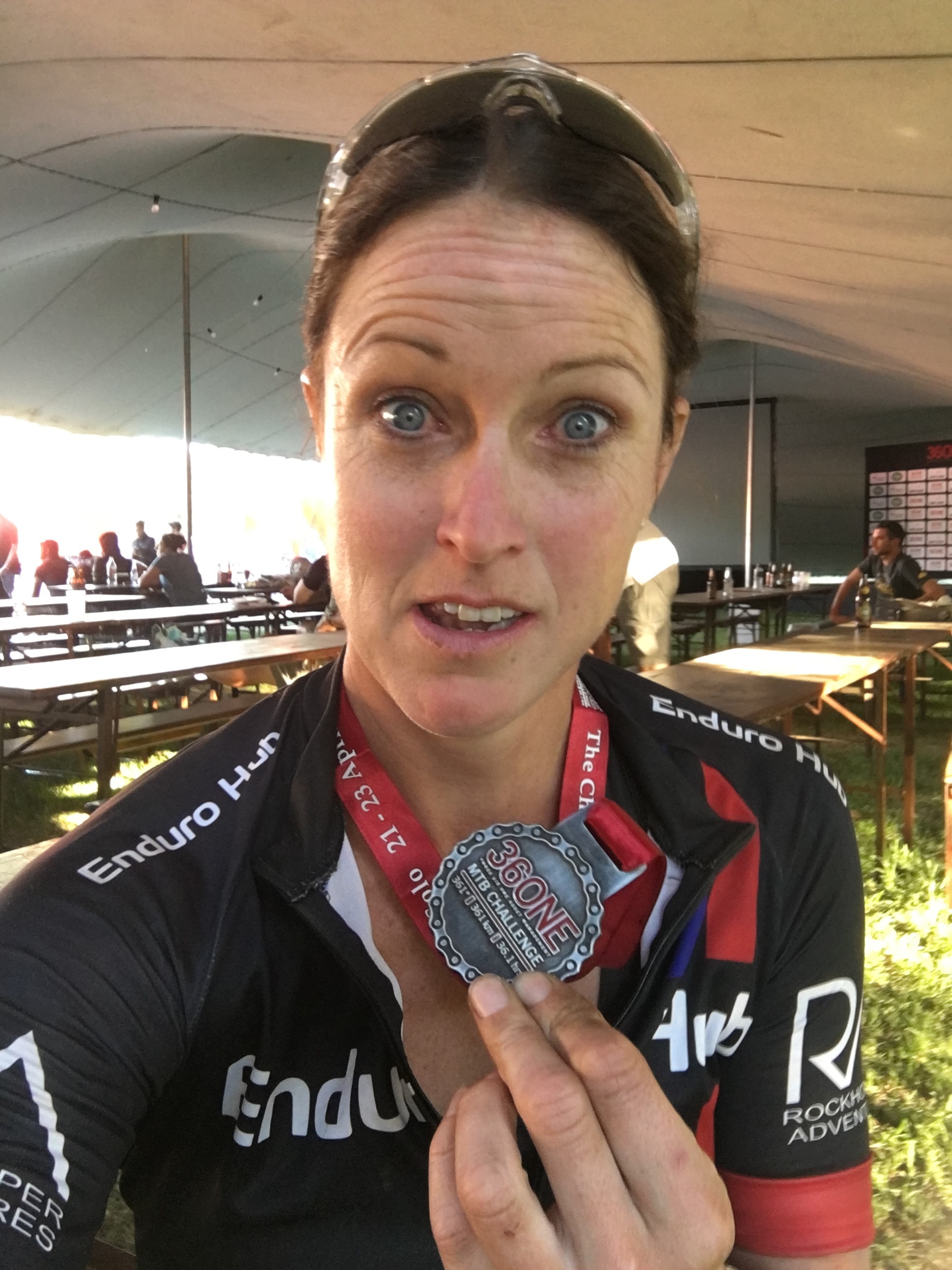 We were delighted to see the finish line after 22 hrs 47 mins after starting!

It was very well marked & marshalled, the feedstation volunteers were amazing and the organisation is outstanding. It is a race which requires as much mental strength as physical.

Thanks Richard for the moral support and suffering with me!

Looking forward to doing it again!

Tagged with: MTB The 36ONE