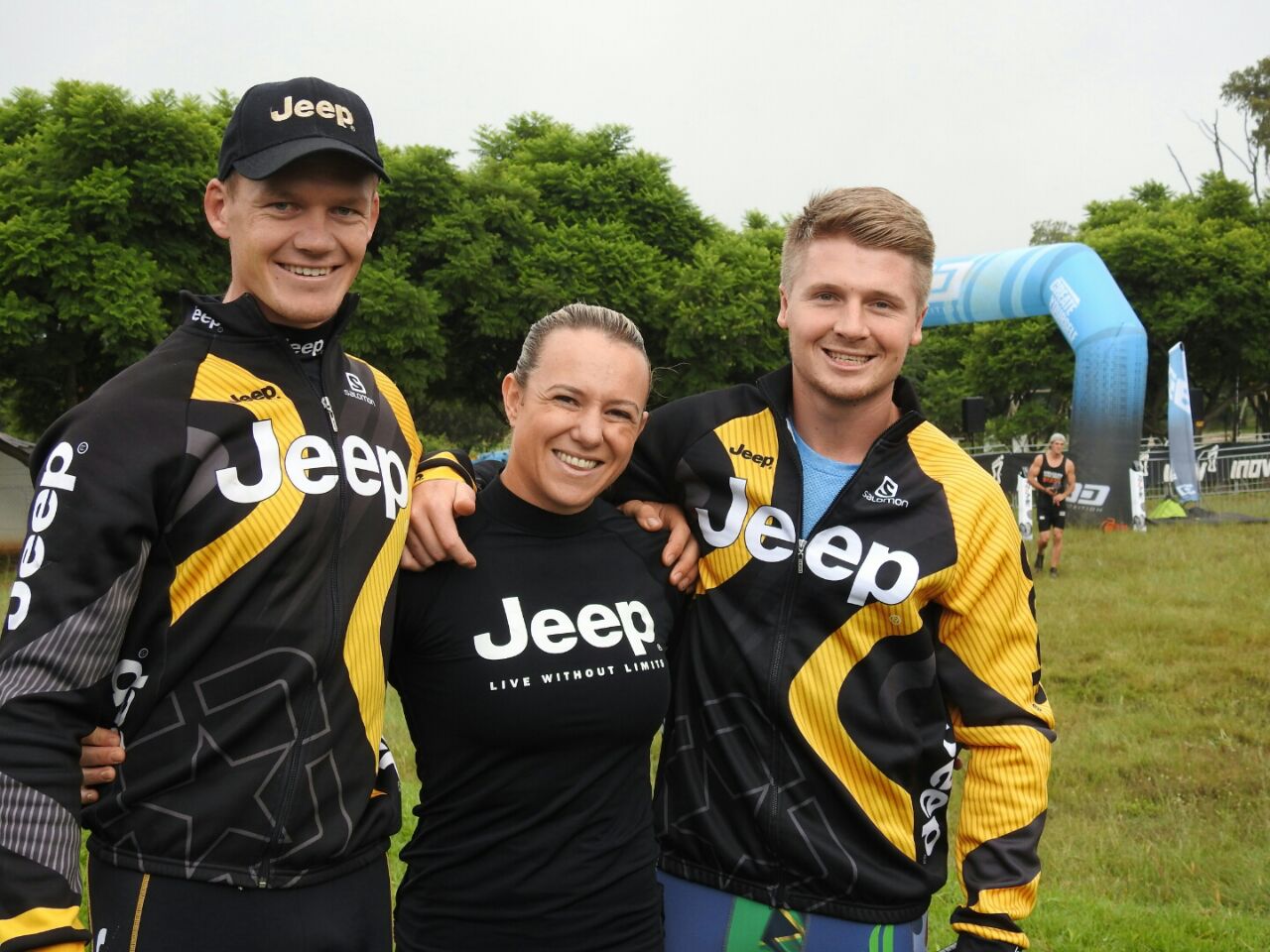 PIETERMARITZBURG, 28 FEBRUARY 2017 – On the weekend of the 25th of February, hundreds of OCR athletes participated in Race 8 of The Beast Challenge at the Wedge Outdoor Park in Muldersdrift.

This was both van Tonder’s and Marx’s first race of the season and they have squarely put the hammer down as to their intentions this season.

Says Marx, “Normally, 11km would take me close to an hour to complete, but with this many obstacles, 57 no less, my time doubled. I viewed the race as a good opportunity to break the ice since it was my first race this year. Thanks to course designer, Jason Friedman, we had a good combo of challenging obstacles and a decent trail. Congrats to my team mates, Thomas van Tonder and Jay Jay Deysel, who came 1st and 2nd in the men’s Savage Beast Race.” 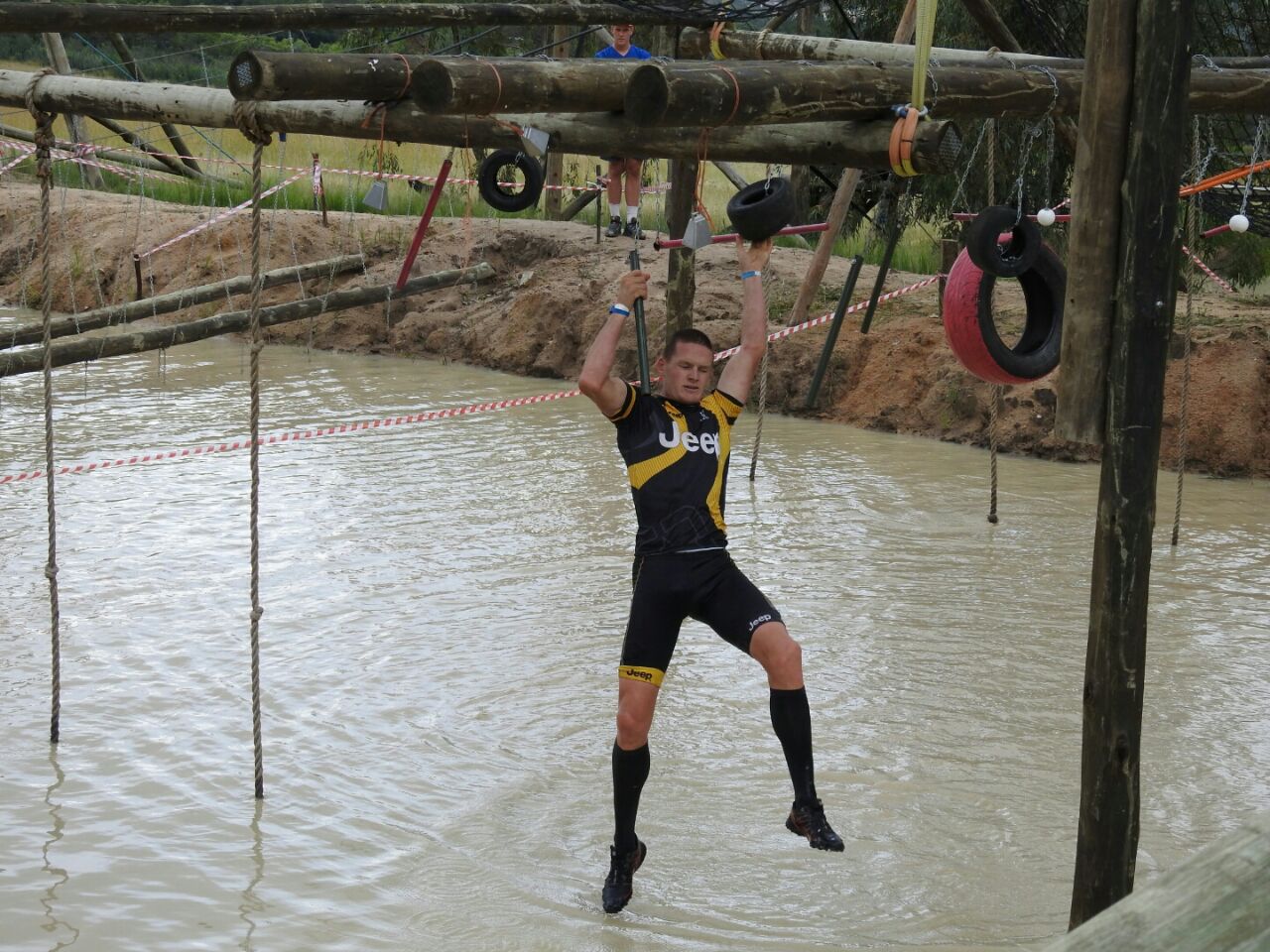 The Beast Challenge obstacle course involves trail running, climbing, crawling, and sliding across various obstacles, which have been designed by professional OCR athletes.

Intended to be a challenge to anyone, The Beast Challenge has three racing categories – Tame Beast, a short course ideal for beginners; Wild Beast, a medium-difficulty course for teams and more active individuals; and the Savage Beast, a demanding 11 to 15km course for elite athletes.

The official shortlist for the Discovery Sport Industry Awards 2017 was announced on Friday 24th February, with 17 categories recognising the very best in the business of sport.

Jeep Team SA is proud to announce that it has been included in the shortlist for Best Use of PR. The category Best Use of PR showcases any work that demonstrates an excellent use of PR to achieve the set campaign objectives.

Shortlisted with Jeep Team SA in this category are Castle Lager for the #BraBrigade campaign, Nedbank for their Nedbank Cup – KeYona Ring of Steel pilot project, and New Balance for two separate Proteas Crickets campaigns, Feel the Fire and the Proteas Takeover.

The Discovery Sport Industry Awards 2017, set to take place on 18th May at the Sandton Convention Centre, will celebrate the best work in the business of sport, showcasing the great work completed throughout the previous awards cycle.

Having wrapped up the men’s series title on 14 February, Hank McGregor traded his K1 for a K2 in Race 8 of the 10-leg FNB Surfski Series.

McGregor and his partner, Lee Furby, powered their way home to a K2 win, followed by Quinton Rutherford and Brian Taylor in second, and Calvin and Byron McKie in third.

The Fedhealth XTERRA South African Championship in Grabouw, was the opener for the 2017 XTERRA World Tour. The Western Cape backdrop offered athletes a unique track for the world’s top athletes to start off their international off-road triathlon circuit.

Fedhealth XTERRA Grabouw is the biggest XTERRA event in the world, with over 2000 XTERRA Warriors battling it out for the coveted title of South African XTERRA Champion.

There are numerous age group qualification slots up for grabs for the XTERRA World Championship held annually in October in Hawaii.

The Fedhealth XTERRA full race was made up of a 1.5km swim, a 26km mountain bike and a 12.5km trail run.

The elite men’s race was tightly contested, with Olympian, Richard Murray, taking the title, followed by reigning SA Champ, Bradley Weiss, in second, and compatriot, Stuart Marais, finishing in third. Jeep Team triathlete, Michael Lord, took 8th position in the elite men’s race, and 1st place in the u23 category, in a time of 2:35:30.

The Discovery Sport Industry Awards celebrates the best work in the business of sport and showcases all the great work that has been completed during the previous awards cycle.

This year’s awards, which recognise work in the business of sport, has revised criteria and new categories to reflect the South African market’s growing influence on the African scene.

The Discovery Sport Industry Awards 2017, set to take place on 18th May at the Sandton Convention Centre.

The Beast obstacle course race is a challenge that anyone can enjoy. The courses involve trail running, climbing, crawling, and sliding across various obstacles that have been designed by professional Obstacle Course Race athletes. It is an exhilarating race that boasts three race categories to accommodate all participants, from family, friends, and work colleagues to SA’s strongest and toughest athletes.

The Tame Beast is a fun-filled short course that is suitable for beginners, families and friends looking for some fun action on a weekend. The course is approx. 5km in length, features around 15 obstacles and has a low difficulty rating.

The Wild Beast course is a tougher challenge that will test fitness and focus. The Wild Beast is a tough challenge for all and will require some strength and fitness to compete and complete the race. The course is approx. 10km long, features around 30 obstacles, and has a medium difficulty rating.

The Savage Beast takes Obstacle Course Racing to a new level; a gruelling trial for serious athletes that will push both physical and mental limits. The course is approx. 15km long, features over 50 obstacles, and has a hard difficulty rating.

Fedhealth XTERRA Grabouw is one of the biggest XTERRA events in the world, where thousands of XTERRA Warriors battle it out for the coveted title of South African XTERRA Champion. There are also numerous age group qualification slots for the XTERRA World Championship held annually in October in Hawaii.

Over the years, Grabouw has become synonymous with XTERRA. The unforgiving yet extremely beautiful and rewarding terrain provides a fair and awesome challenge to all Warriors. Whether it’s busting a lung on the tough climbs of the MTB leg or sprinting for glory on the soft sand of the dam’s beach during the run, Fedhealth XTERRA Grabouw pushes athletes to their limits.

The Fedhealth XTERRA Grabouw is the first race in the XTERRA World tour. The XTERRA World Tour gives athletes around the world a chance to race in off-road triathlons and trail runs in some of the most diverse, spectacular, and challenging natural environments on the planet.  Pro athletes compete for pro prize monies, while amateurs race for national titles and coveted slots to the World Championship in Maui, Hawaii.

For more info on the XTERRA World Tour, visit: www.xterraplanet.com