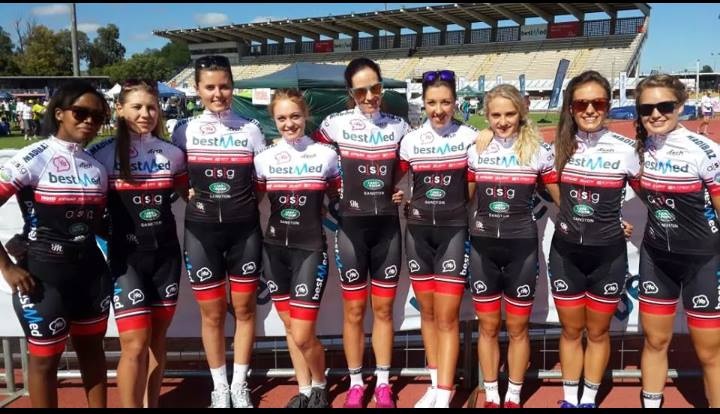 So the day finally arrived, The Jock… the nerves I have when I think about this race…

I do however think to win this race is such an honour.. a prestigious title to hold.. it means you out climbed everyone else.. be it an overall win, a category win, your individual win on your goal for the race.. you name it, this race stands above many road races, tests soo much in you.. The ability to persevere.. Yes.

We arrived in Sabie the Friday evening, lovely dinner and before we knew it, it was morning and go time.

The general layout of the 151Km race is as follows,

his being my second Jock, I’d hoped it would go better as I know how hard this race is and and and .. The wind picked up early, the 1st stage already had a bit of wind, the long and the short is I suffered in the ‘easiest stage’ of the 3, there could be many reasons for why this was, I’d probably say this was my worst stage.. legs just weren’t cooperating, an eternity was spent in Stage 1, with some serious man size potholes, the finish was greatly appreciated.

Eat, rest, re-coup and off we were – stage 2, headed to Sabie, what makes this stage special is the famous Spitskop 7km climb.. the wind was heavy from the first big climb.. my inability to bunch ride, especially on climbs meant bearing out the wind like a soldier, top of the first climb, and after a few more km’s, I see the start of Spitskop.. hmm.. it had already been a tough day but perhaps the greatest mind game here is the fact that from the bottom of the climb, you see it twist and as you get to the top you see the next road curve – up to where you are headed.. dear Lord.. the wind was gutsy and letting itself be known, I definitely reckon the hardest stage of the Jock has to be this one, I swear at one point I wasn’t moving between the wind and my legs complaining must have been magic I stayed upright still, few more mind tricks and games in getting myself to the top was the actual top of the climb.. Happiness had new meaning as the day blossomed!!! The way back to Sabie from the was quick and soo much fun, the big ring was back in action and my legs were ready to put in  good effort, the wind was going crazy threatening to push you off the road.. it was here that I realized that most cyclist are in short, flying on these downhills on carbon sticks – expensive carbon sticks, but carbon sticks non the less.. Skill and faith could well be everything.. not dwelling to long on this scary thought, upper body caved in, head on handle bars, I enjoyed the descend home.. life had taken on new meaning as I knew the stage that follows is not only my favourite, but we head home… this warmed the heart.

Eat, recoup, talk nonsense, drink lots of water, High 5 bar has to have been the highlight of my stops as Chrisel from the Bestmed Ladies Team handed me one, it fuelled… better than I’d fuelled over both stages. This was good. My only prayer was for Long Tom Pass to not be as windy as it has been the year before.. we had just dealt serious wind on Spitskop- my only prayer, and it was answered, yes a bit of wind, but not crazy wind as I paced myself up the climb knowing that after the climb, there’s a little downhill, a water point, and the fun begins.. and boy did it just.. I guess that’s just how life is, you gotta stick out the icky in order to enjoy the fruit of your labour and it was all there.. all of that Long Tom pass.. all of that Spitskop came to a beautiful melody as we descended and descended.. crazy downhills! It was interesting to see as I thought back to the fall I’d had at Panorama Tour and how the fear was no longer there, as the fear left the confidence returned, and the downhills were.. glorious.. what a treat, the last bit of undulating roads were not only beautiful, but a melody.. I love this stage!

A bunch came past, in my happy place, I joined the bunch, the wind picked up quite heavily as we all battled to stay in the bunch even on downhills..  the risk of staying in this bunch for me was a difficult call to make as I knew if I stayed I’d make up time, but at the same time.. ‘the what could happen’ factor was scary.. I held on a bit longer and eventually fell off the bunch not too far from the finish, around the circle, a climb, a descend.. and there was the finish.. I’d finished.. the vasbyt, the sweat, the heavy heart, the happiness all contributed to this moment… sweet.

It was a grueling race, my own battles, the man size climbs, the wind as it held its own in the race along with the heat but I wouldn’t have taken away any part of that race, and the last stage.. dear Heaven that last stage rejuvenated everything in me.. thanks to the ASG for an awesome event, Bestmed for sponsoring such an amazing race and Team Bestmed ASG for getting me there as I learn the ropes**!