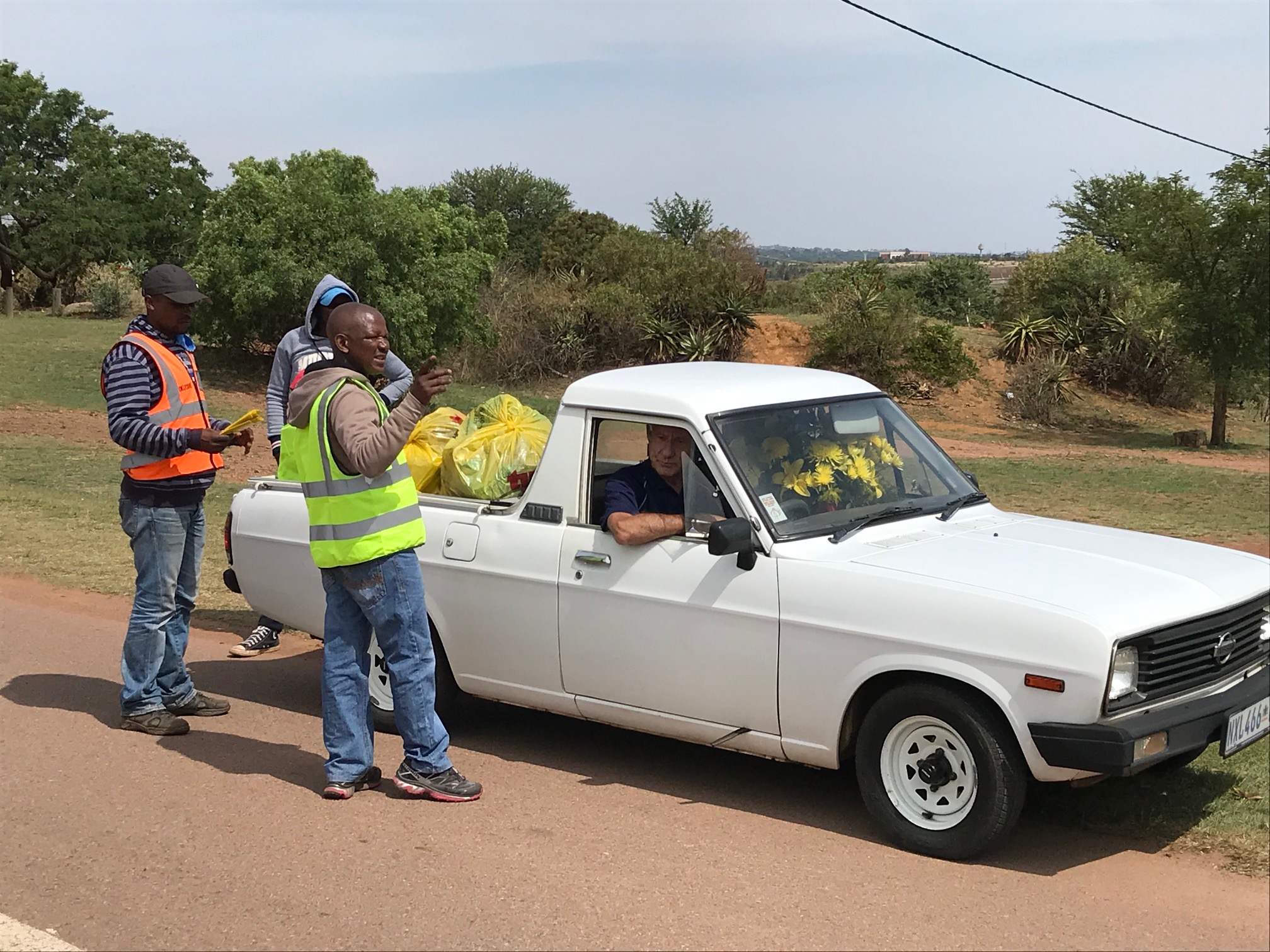 The Bestmed Tshwane Classic has prided itself from the outset on being South Africa’s most environmentally friendly mass participation cycling event, and recycling will remain a top priority for race organisers when the race takes place on 3 November 2019.

“As much as it’s about cycling on race day, it’s also about recycling,” says race founder Mauritz Meyer.

Meyer is the driving force behind the Green Caps Recycling Project in Pretoria, which he launched two years ago. It’s now one of the nine community-based projects that fall under the management of his Hectic Promotions non-profit organisation.

In a bid to ensure that recycling remains high on their priority list, the race’s partnership with South Africa’s largest paper recycler, Mpact Recycling, continues for this year’s event.

“The Green Caps Recycling Project started when I convened a meeting of like-minded individuals and organisations in July 2017 to address the massive problem posed by recycling in Tshwane,” says Meyer.

Recycling is a challenge in South Africa and currently South Africa’s recovery rate for recyclable materials is simply not good enough.

More than 100 individuals and organisations attended the meeting and it led to the establishment of the Green Caps.  Our recycling project is aimed at assisting needy individuals and communities by providing education and involving them in recycling to improve their living conditions.

We work on the principle that it’s better to teach someone to fish rather than simply dishing out food. Our goals entail recycling to the benefit of our environment, skills development and employment creation.

We started by empowering a community of car guards and other previously disadvantaged individuals who were already collecting and recycling daily.

The project is now situated in Lyttleton Road behind the Sasol garage. The recycling area is fenced off neatly to hide it from sight and two years on the project is a delightful success.

These car guards work long hours to try and make a living to support their families. In addition to their ‘normal’ jobs they are also remunerated for recycling and process of getting recyclables to the plants is optimised for them. The group is well-organised, and our goal is to extend this programme into other communities.

Mpact Recycling, who forms part of the Johannesburg-based paper and plastic packaging business, Mpact Limited,  have again confirmed their support for this year’s cycling festival in the capital.

“We want to use this opportunity to create awareness of our ability to recycle paper cups used in the race,” said Mpact business development officer Roland Thompson.

Thompson, who added that this was the only cycling race in which they were involved, said they came on board after discussions with Meyer.

“We want to engage with consumers in Tshwane who are part of our household collection programme.” He said the company annually recycled 450 000 tons of paper, which is the equivalent of filling 552 Olympic swimming pools.

“All this paper is used in the manufacturing of recycle-based paper and packaging, which reduces the reliance on virgin fibre,” said Thompson.

“The magnitude of the difference that these initiatives make in the daily lives of the South African population is what lies so close to the heart of Bestmed,” added Madelein Barkhuizen, Executive Manager: Sales, Distribution, Marketing and Communication at Bestmed.

“Partnering with Hectic Promotions and presenting this event was not just about presenting a cycling event but it also about job creation, contributing to CSI by giving back to the community and making a difference in environmental health.”

Bestmed Tshwane Classic operations manager Darren Herbst said their focal point on waste clean-up and recycling is at the Voortrekker Monument, where the race starts and finishes, and at waterpoints.

“We have to ensure that the areas surrounding the water points are all cleaned up after the cyclists have been through,” he said. “For this we employ a team of workers from the local community to assist in clearing the debris.”

He added that they only use environmentally friendly material in providing sustenance for the cyclists. “We did away with plastic water sachets and only use cups at the Tshwane Classic, which are collected afterwards for recycling purposes.”

Picture: supplied
For more information about the race go to www.tshwaneclassic.co.za or email hecticpromotions101@gmail.com