The Brand Continues to Build its Forever Faster Roster. 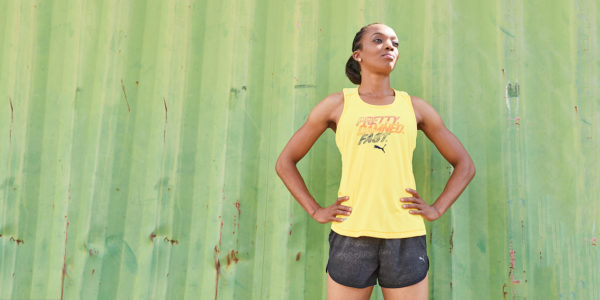 Global Sports Brand PUMA continues their commitment with up and coming athletes, and its mission to be the fastest sports brand in the world. Today PUMA announces a partnership with several world class athletes from the island nation of Jamaica, which continues to be the hotspot of Track & Field.

The newest members of PUMA’s exciting portfolio of athletes are:

Christine Day is a 30-year old ‘veteran’ of the sport. She was a member of the 2016 Rio Olympics Jamaican 4x400m relay team that won the silver medal, as well as the Gold at the 2015 IAAF World Championships. Christine also finished a strong 4th place overall in the individual 400m at the same 2015 World Championships. She holds an impressive personal best (PB) of 50.14 seconds.

Leah Nugent, at 24 years old, is improving steadily, and given her making the Final of the 2016 Rio Olympics – establishing a PB of 54.45 in the process – big things are expected of her soon.

Fitzroy Dunkley at 23 years old already holds a silver medal from last year’s Olympics as part of the 4x400m relay team, as well as a strong PB of 45.06 secs at 400m. Fitzroy was also a member of the 2016 World Indoor Championships where he reached the semifinals individually, and finished 4th in the relay.

Damar Forbes the 26-year old Long Jumper from St. Ann Parish has a PB of 8.25m and competed at the last two Olympic Games. He also won the prestigious IAAF Diamond league meeting in Monaco (MC).

Chanice Porter at 23 years old is already a two-time National Champion and former World Youth Champion. She holds a PB of 6.67m in the Long Jump.