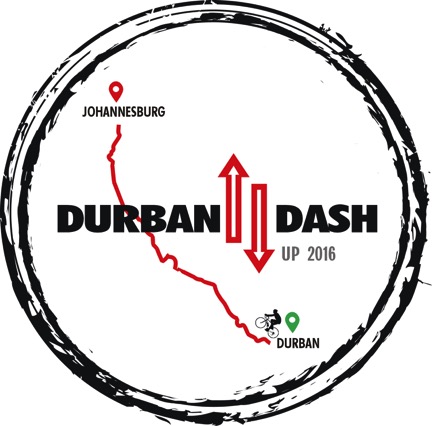 The Durban Dash UP 2016 will take place on the 23rd of September 2016 until the 25th of September 2016. Starting from the Station Masters Arms in Hillcrest KZN and finishing at Thaba Trails in Johannesburg. 620 kilometers and 7400 meters of ascent make this race on of the toughest endurance cycle races in South Africa.

This years race will see the return of last years winners Paul Erasmus and Mike Woolnough and they will be joined by Juliana Buhring the round the world cycling record holder, Trans Continental, and Trans America record holder.

Riders can expect to be challenged on the Durban Dash UP by not only the distance and ascent but the weather needs to play its part. Last year the temperatures got above 45C and the riders suffered terribly. Entries are still open but close on the 1st of September 2016. 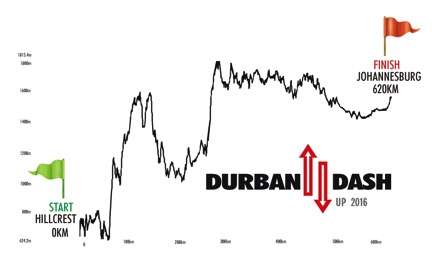 The unsupported adventure cycling format has grown worldwide and with the new races such as the 1000 Miler, Karoo Dash, Free State Dash and the Trans Afrika available in Southern Africa cyclist have a variety of distances and challenges that are very reasonably priced available to them.

It seems that the challenge and toughness of these rides is attracting the very best and toughest overseas and local riders who are looking for the next challenge that is provided by ridding theses races.

Massive Adventures is extremely proud to have spearheaded Adventure Cycling in South Africa and has stated that the format of their races will stay the same in the future allowing ordinary cyclist to complete extraordinary things on a bike.