The Epic Gets More Active 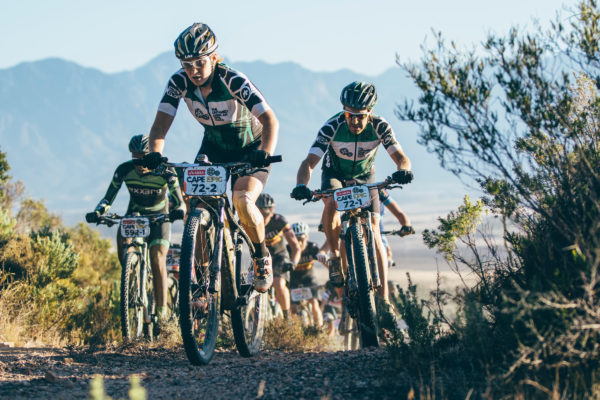 The 2017 Absa Cape Epic from 19-26 March will be the 14th edition of a race which has become known as the “Tour de France” of mountain biking.

According to Faragher-Thomas, the country’s biggest health club group has experienced a massive surge in interest in cycling in all its forms in the past decade and the partnership with the Cape Epic was a natural extension of that phenomenon: “We run over 2,000 bike classes every week nationwide and have made significant investments in cycling technology, including the installation of Wattbikes which are described as the world’s most intelligent exercise bikes because of their unique monitoring capabilities.”

During the Cape Epic, Virgin Active will be setting up Club-V kid’s facilities and activities at every race village to provide a safe and active space for children between 3 and 15.

The company will also sponsor the Virgin Active Mixed Jersey which currently has 76 teams registered for the 2017 race. Many of these teams come from as far afield as Europe, North and South America, the Middle East and Asia.

Cape Epic Founder Kevin Vermaak believes Virgin Active is a superb fit for the event as a headline sponsor and that the brand can “deliver a wealth of forward thinking and great synergies”.