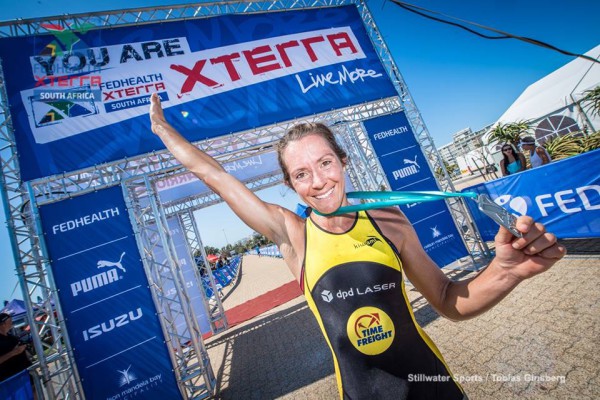 When the inaugural was announced, some eyebrows lifted. With a sea swim, it meant that the city would be in the mix, and Xterra off road triathlons are supposed to happen in mountains. The Stillwater Sports team had it all figured out, and as the saying goes, what happened next, was unbelievable.

A grandiose event venue and transition area were set up for the weekend of the 29 th and 30th of January in the King’s Beach parking lot. The weekend would consist of and Xterra Full and Xterra Lite, as well as two trail races. The familiar voice of expert sports announcer Paul Valstar welcomed the participants and spectators, and after a concise but transparent race briefing all participants walked 500 metres down the beach to the swim start.

Xterra racers love twists and turns, and even the swim had one. The current was deemed too dangerous and the swim was adjusted to 2 laps comprising a short leg into the sea, followed by 500 metres down-stream with the current. A short exit leg was then followed by a 500 metres beach run back to the starting point for lap 2. Big, breaking surf had to be contended with, but all these factors added great spectator value. 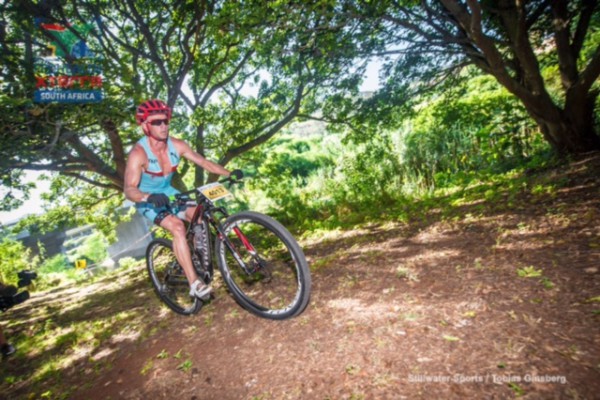 The bike leg was extraordinary. Hendrico Burger put together a course that surprized even the locals. Bikers had to deal with an exciting mix of urban obstacles, short, sharp climbs and lots of serious single track. The first part of the bike leg was a mad dash through the rail yards towards Baaken Valley. If you wanted to pass slower bikers, this was the time to do it. Baaken Valley, presenting mostly single track made passing difficult. Other than rock gardens, Baaken Valley presented every variation you could think of. There were steep drops, fast flowing single track, stairs to ascend and descend, river crossings and much more. If your technical skills were good, you had a distinct advantage. Coming back, you once again dashed through the rail yards, hopping train tracks along the way. 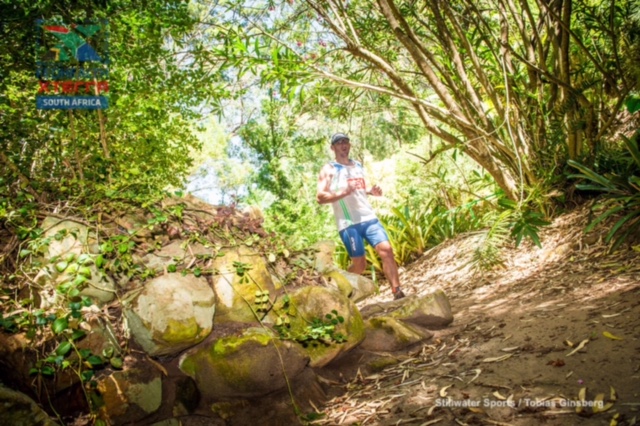 The beautiful run through Happy Valley.

After T2 the run leg took racers for a 400 metre beach run to the promenade. Once on the promenade, you could find your running rythm and gauge what was left in the tank before hitting the Happy Valley trails. Apart from the beauty of Happy Valley, the out and back run loop kept racers within visible proximity most of the time, adding to the vibe. Many Hi 5’s were shared on the run. After a somewhat arduous climb to the top, the descent back into Happy Valley was a fast and fantastic relief for the legs. The curve ball was another 400 metre beach run at the end, followed by 200 metres of cement for a fast and furious sprint to the finish line. 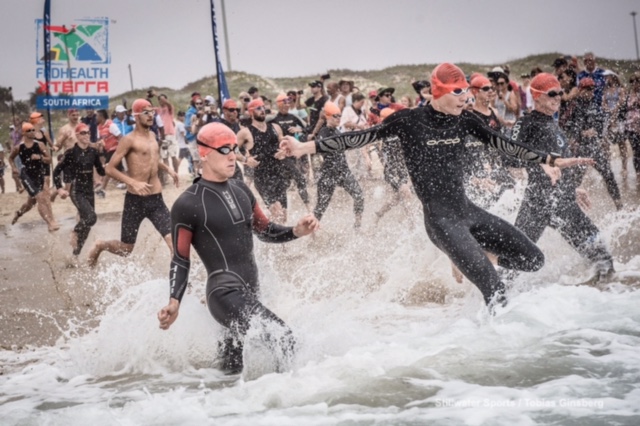 The exciting swim start setting off the day.

The awards ceremony followed promptly, with top end lucky draw prizes like a Suunto watch, Thule bike racks and the grand prize, a Trek mountain bike. Kudos to the sponsors.

At the finish line athletes were treated to bottomless amounts of Buttanut spreads on rice cakes, electrolyte filled NUUN hydration and a massage. The Fedhealth Xterra Mandela Bay is a must do for 2017. Port Elizabeth is not called the friendly city for no reason. Treat yourself to the good vibes next year.