The finest mountain biking in the Eastern Cape 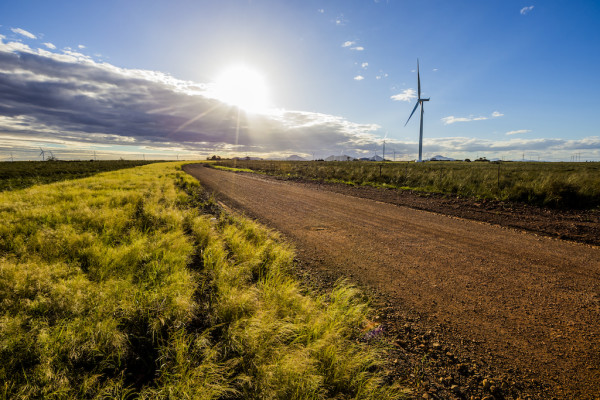 The long routes of 2015 JBay MTB Open presented by Jeffreys Bay Wind Farm, will feature the spectacular singletrack of Impala Ranch and the unique sights of the wind farm’s towering turbines.

The long routes of 2015 JBay MTB Open, presented by Jeffreys Bay Wind Farm, will feature the spectacular singletrack of Impala Ranch and the unique sights of the wind farm’s towering turbines.

Impala Ranch, the trail network on the 1000 hectares of pristine countryside some seven kilometres outside of Jeffreys Bay has been open for less than a year and is nothing short of mountain-biking Utopia. “The loop has been designed to be a pleasant mix of climb and lots of reward, but the views change every 200 metres so you never ride in enclosed spaces,” says trail designer Russel Egan. The trails were routed into the 2014 event, but a severe two-day rainstorm made them impassable and necessitated a last-minute change.

The land on which Impala Ranch is built, has been a private game farm for the past 20 years with access only for family and friends of the landowner. During that time the farm has been regularly stocked with superb specimens of a wide range of animals.

According to Egan, all trails have been built to IMBA standards and we have been affiliated with the AMA with full public liability insurance in place for trail building, events and general riding. Egan was assisted by JBay MTB Open organiser and Arthur Joubert, who donated several wooden bridges, building materials and invaluable insights.

Impala Ranch is but one of the highlights of the 2015 JBay MTB Open, which will also features the trademark wooden bridges and bermed singletrack sections along the Seekoei River, as well as carry the distinction of being the only race on the African continent to go through a wind farm.

“We are thrilled to be part of this event and to witness the wide range of skills; from the adventurous fun rider all the way through to the more experienced and proficient riders who compete for the accolades, said Mark Pickering, General Manager of Jeffreys Bay Wind Farm

Now in its third year, the 2015 event will feature three routes (40km, 60km and 85km). As mountain-biking enthusiast and passionate racer, each route is a blend between that and his construction skills. Riders have a lot to look forward to.