The finest trails JBay and surrounds has to offer 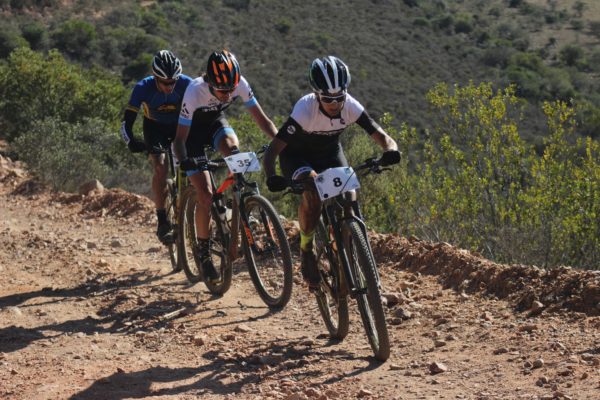 (JEFFREYS BAY) – The JBay Wind Farm MTB Classic is one of the many highlights at the JBay Winterfest and this year the sixth edition of the event will take place on Saturday, 14th July 2018.  The event caters for a range of fitness and skill levels, welcoming all who want to be part of this popular event.

The event runs from Kabeljouws Lagoon parking area and features a 25km fun ride; 50km half-marathon and 85km ultra. Entries are limited and selling out fast. For more details on how to enter, check out http://www.jbaywinterfest.com/.

There will once again be R55 000 worth of prices up for grabs with a R11 000 first prize for both the male and female 85km ultra category winners.

Big names returning
The 2017 event was won by East London’s Jason Reed after a closely fought battle with Max Sullivan from Stellenbosch. Reed eventually managed to breakaway from Sullivan in the Wind Farm and claimed the victory (and the R10 000 first prize) in a time of 03:20:41. Sullivan came in second (03:21:19), with 2016 defending champion, Ndumiso ‘Maza’Dontso, rounding out the podium.

“It was a great mix of singletrack and jeep track,” Reed said of the route afterward. “It was tough, rocky and technical with a lots of corners, braking and accelerating. Definitely suited to ‘real’ mountain bikers,” he said.

In the 2017 women’s race, Yolande de Villierssuccessfully defended her title, finishing sixth overall in the 85km, in a time of 03:34:44. She also collected the R10 000 first prize for her day in the office. Three-time champ and darling of the Eastern Cape, Anriëtte Schoeman finished second, with Siska van der Bijlin third.

Those and big names are bound to be back in 2018 gunning for the top spot and equal men’s and women’s ultra marathon purse, however the main focus of the event is not on the racing snakes, but rather to showcase the trails in the area to all levels of mountain biker. To do this in an even bigger way, the organisers have introduced a new addition this year.

The challenge – as the name suggests – is made up of three separate Strava segments. Two of these are on private land and registering for the challenge allows riders access to those routes.

There are three segments, the first being down near Aston Bay at the Seekoei River along the purpose-built singletrack that used to form part of the Ultra Marathon in the early days of the JBay Wind Farm MTB Classic. This segment is 3.35km, flat and fast. The second runs for 5.98km behind the Lifestyle Centre in Jeffreys Bay and the third segment is tight and technical and should also ride fast over 4.75km out at the Zuurbron Bike Park, near Hankey. There are special prizes up for grabs for all who complete the Strava Challenge and ride one of the JBay Wind Farm MTB routes on 14 July. More details on how to enter here <hyperlink: https://www.facebook.com/jbaywindfarmmtbclassic/>

The event runs from the Kabeljouws parking lot and will offer something for all mountain-bike skill and fitness levels, featuring a 25km fun ride; 50km half-marathon and 85km ultra. The race carries the unique distinction of being the only one-day race in Africa to traverse a wind farm.