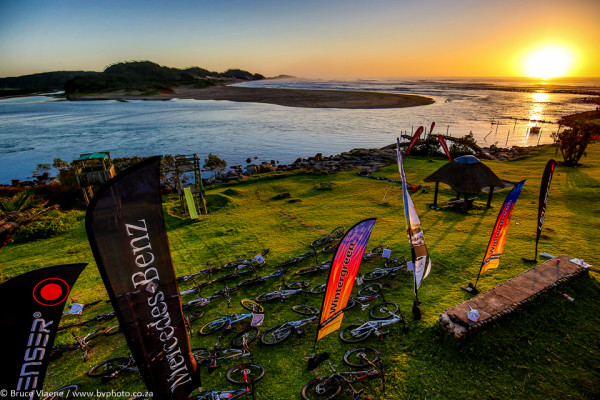 The Merrell Transkei Tuff 150km AR took place this past weekend at Wavecrest Beach Hotel & Spa. It was an awesome race with teams from Cape Town, Knysna, Bloem and East London taking part in the wild coast race. Bruce Viaene designed the most maginificent course; which resulted in all 40 athletes booking in for 2017’s event.

Over 40 athletes ventured through the untouched beauty of the Wild Coast; navigating their way through the 150km Merrell Transkei Tuff 24 hour adventure race.

Wavecrest Beach Hotel and Spa; hosts of the Merrell Transkei Tuff provided the perfect supporter platform for families and friends as teams raced into the Nxaxo river taking on their first leg; a snorkel to find 4 sunken check points. Within 10 minutes teams flew out of their first Transition collecting check points on their mountain bikes towards the Sea Gulls and Ternaries area.

Leading the pack Team Castle Lite cycled 17km along the beach towards the second Transition; followed by novice Team; Lost & Found being the first to reach the kloofing leg. The Gates are a well known tourist destination; but teams experienced the “Tuff” version by jumping between the gates, and swimming through the cliffs collecting cp’s before taking on their major cycling leg; a 62 km Mountain Bike towards the abseiling transition. 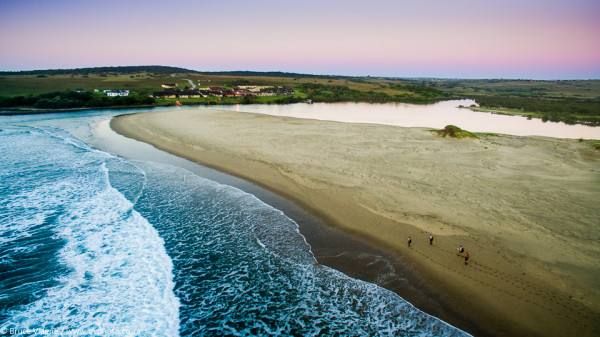 Dirk from RockFaceLabs worked extremely well with teams as they abseiled a 40m drop into a lush canyon before cycling back to base transition; completing their MTB leg. Athletes were in great and safe hands as they walked down the rockface; some experiencing an abseil for the first time.

After refuelling at base Transition; teams took on a 10km trek to Kobonqaba river; where they experienced a recently untouched kloofing section. “This section was magical, climbing through the tight knit section, ducking your head and lifting your feet above the roots; we were extremely relieved to have gotten there before night fall” shares Michelle Schlebusch; of Team Lost & Found.

The 10km paddle leg was a beautiful site for all spectators and athletes; most teams reaching this water leg as the sun set. Teams navigated their way through the Mangrove Estuary positioned right in front of Wavecrest Beach Hotel & Spa. Once completing their paddle leg; Teams repacked the bags and took on their final 21km; a trek finishing towards the hotel along a stunning stretch of beach.

Dates are set for the 2017 Merrell Transkei Tuff 150km Adventure Race; taking place at Wavecrest Beach Hotel & Spa on the 8th & 9th April 2017. Entries will officially open in September 2015 and are limited to the first 25 teams.