The Liberty Duo – 22nd November – Fun for young and old! 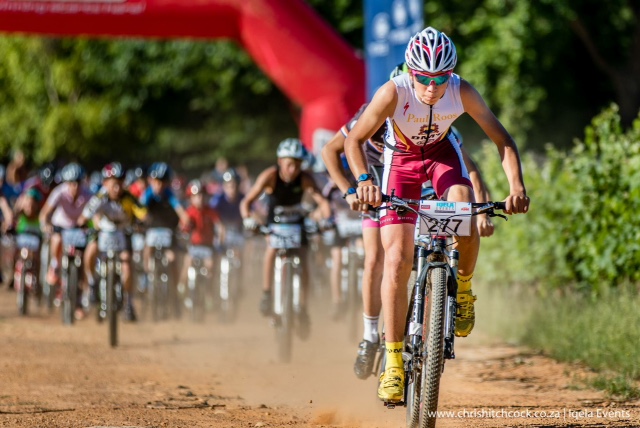 The end of November was stacked with massive events. Athletes treated themselves to top end events, like the Win2Whales stage race and the Double Century road bike race. In the same time frame, on November 22nd, Iqela Events hosted the Liberty Duo, a fun event that offered a totally different, but still challenging event for the entire family. This event serves a great purpose, as it caters for those who prefer to race hard, have fun, and go home early enough to watch rugby and braai! The Liberty Duo took place at the Blaauwklippen Wine Estate, one of Stellenbosch’s premium wine producing farms. 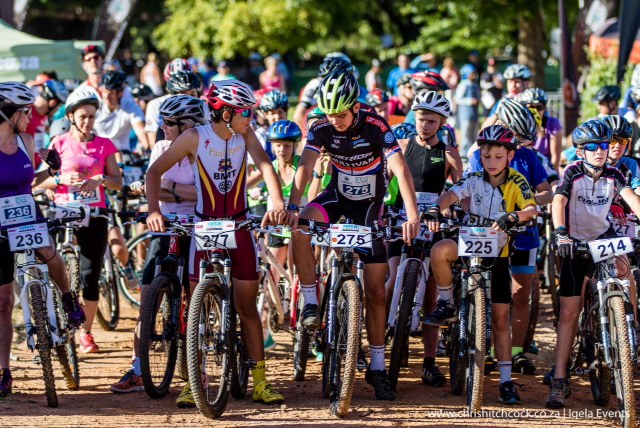 In principle all of it consisted of a mountain biking and running. The main event, the Full Duo comprised a 24Km bike leg and an 8Km run. The half Duo was exactly that: half of the above. In terms of endurance they are short races, but Usain Bolt also races a very short event, and he is still the most famous athlete in the world. We’re simply trying to say that a short race is just as tough if you race it hard and fast! For the rest of the family there were many choices: a 12, 5 and 1,5 Km mountain bike course, and a 12, 5 and 1,5 Km trail run. 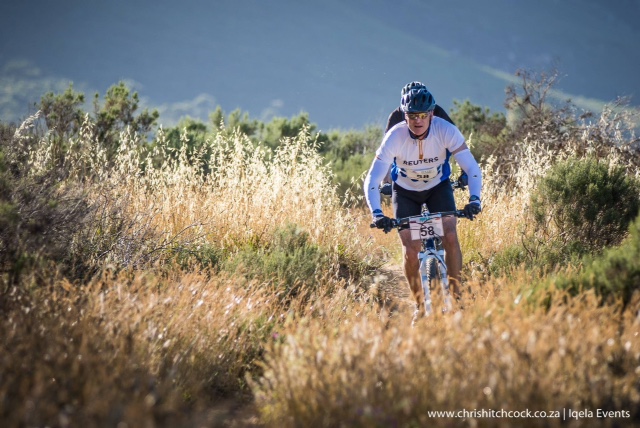 Race day offered pristine Cape weather, blue skies, lush green surroundings and towering mountains. The racing snakes set off with the normal flat-out race pace. The bike course presented quite a few changes which made the ride very interesting. Amongst others, new single track was added which made life on the bike a bit more unpredictable. The dry conditions required skillful riding, especially on some off-camber sections. Some athletes boasted very painful burns and scrapes after the race. The run always serves as a great leg tester going into the triathlon season. The course is relatively flat, making it easy to gauge running fitness in terms of a steady running. 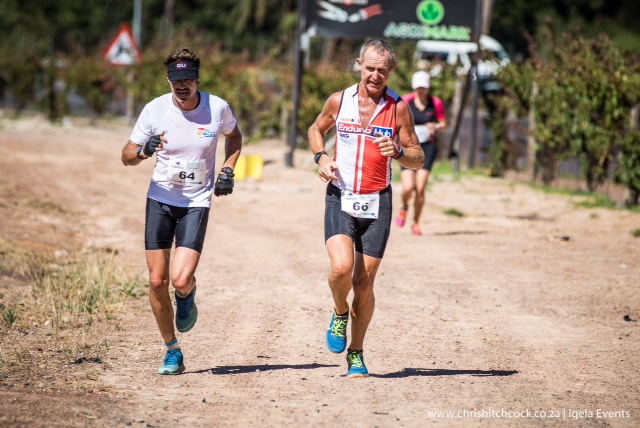 The fun events were typified by moms and dads running with the youngsters on and off their bikes, as they were introduced to the sporting culture. Some dads actually ran with their kid’s bikes in their arms, as the kids, halfway through a race, chose running to biking. The best story of the day happened during the full duo, when one athlete finished the 24Km bike leg, and proceeded to run the same 24Km route, assuming that to be the run course as well. He single handedly turned it into an Ironman event of sorts!

Iqela Events, as always, finished the event with great cash and voucher prizes for the podium achievers. The customary lucky draw allowed many others to go home with a prize. Kudos to Iqela Events for presenting a not-so-serious, fun event that made up for a great day!

Positions 1, 2 and 3 in the Full Duo were Jason Cowell, Sive Menzi and Xetu Sandiso. The female winner was Marisa van der Merwe with Famke Allan and Jenny Larton in 2nd and 3rd. The Half Duo was won by Eben Kruger, with Alexander Klose and Rossouw Bekker following. The ladies were Rozanne Schreiber, Carine Kruger and Nadia van Rooijen in 1, 2 and 3.

We are all looking forward to next year’s edition with great expectations!