The power of Kyle Buckingham 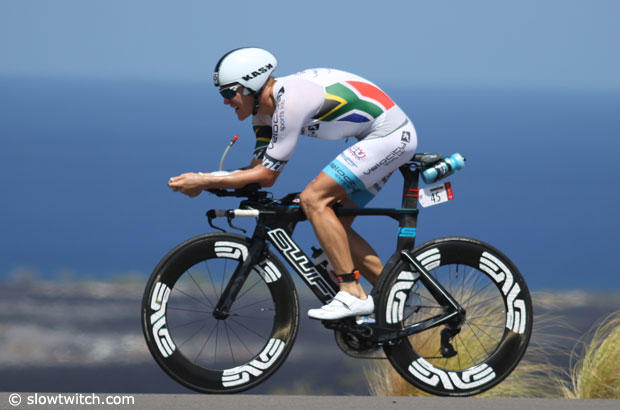 South African Kyle Buckingham was the fastest age grouper in Kona in 2013 and returned this year as a Pro to this big race. Many folks wonder what it would be like, and Kyle actually experienced it. Here now is a power data comparison of those 2 events courtesy of Training Peaks and Andrew Johnson – Power Analyst and Content Manager for TrainingPeaks.

Buckingham exited the water in the second pack, but surrounded by a good group that included Sebastian Kienle, Luke McKenzie and others. The first 12k loop in town is where the pro men typically go full gas in order to shake things up. However, many pros, including second place Ben Hoffman, felt that this year that wasn’t the case so much. Still, there is a difference in Buckingham’s efforts. In 2013, his 1 minute power of 348 watts was set going up Palani Road. This year, he hit 347 watts during the climb up Palani, but that was not even close to his peak 1 minute power peak of 432 which was set further down the road. Additionally, his Variability Index ® (VI®), which measure how steady the power output was, was 1.03 last year as compared to 1.05 this year. This may not seem like much, but the more time spent in the red zone the greater the physiological cost, which can haunt you down the road.

In the vicinity of the sport’s best cyclist like Kienle and another German powerhouse Maik Twelsiek, he worked to stay with the two but found the accelerations to be very difficult. “It was crazy,” Buckingham said after the race. “We would be going along and then I’d look down and 340 watts or more. They would just accelerate and go.” Again, the VI clearly illustrates Buckingham’s version with a VI of 1.01 (nearly perfectly smooth) in 2013 against 1.04 in 2014.

These accelerations were a bit more than Buckingham could take. “I was behind Twelsiek and I was looking down and seeing 360 watts,” he said. “I closed the gap but then they went again and I couldn’t close it down.” His peak 1, 2, 5, 6, and 10 minute values were all set between the 34 and 44km mark. All of those values were higher by about 20 watts, continuing the trend of hard accelerations that punish the legs.

After letting the group go, Buckingham did the smart thing and paced his own effort. Much of his values from this point on are actually lower in 2014 then they were in 2013. For instance, last year he averaged 283W up Hawi and this year he went up at an average of 279W. This is still a strong effort after handling some tough accelerations earlier. However, looking at the numbers from riders like Ben Hoffman and Frederik Van Lierde, to be near the front you need to be closer to 300W.

The descent is another critical point in the race. It is here that many key splits happen and if you are not in the right spot or simply can’t hold on, any hope of a win or podium can end here. For Buckingham, he was down almost 20 watts from last year. While the wind was certainly different this year from last, the numbers from the top riders were not. After climbing Hawi, you have to still be putting out 260 or more watts- there is no resting on the descent.

Headed back in, the same trend continues. Lower watts, 245W compared to 256W, and a higher VI, 1.01 compared to 1.03. The toll of early accelerations crept up on Buckingham, as it did for many top pro men.

Finally, looking at the time he spent in each power zone tells the same story. In 2013, Buckingham spent much of his time in zone 3, 48 percent in all. This year, that was down to 31 percent. His time in zone 2 is equal, 34 percent over both years. The big telling point is the time spent in zones 4 and 5. Buckingham spent only 9 percent of his time in zone 4 last year while this year that was up to 13 percent. Zone 5 had only 1 percent last year and this year that was up to 4 percent. While that doesn’t seem like much, that 5 percent of time spent above threshold is all it takes to drain the legs. 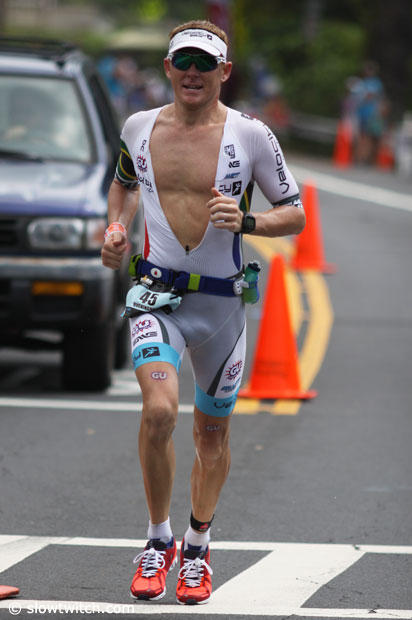 This is another illustration of how different it is to race against the pro men in Kona rather than other age groupers. The best way for an age grouper to put out their best effort is by steady pacing. However, to competitive in Kona, you have to be able to surge above threshold and recover at threshold.

For a first time pro race in Kona, Buckingham had a great result, placing 25th overall. Kona is a race unlike any other, with the unique conditions and incredible depth of talent, getting it right on race day is a new puzzle every time. No doubt that Buckingham will learn from this race and prepare himself for what he now knows is a different type of racing than he sees anywhere else. 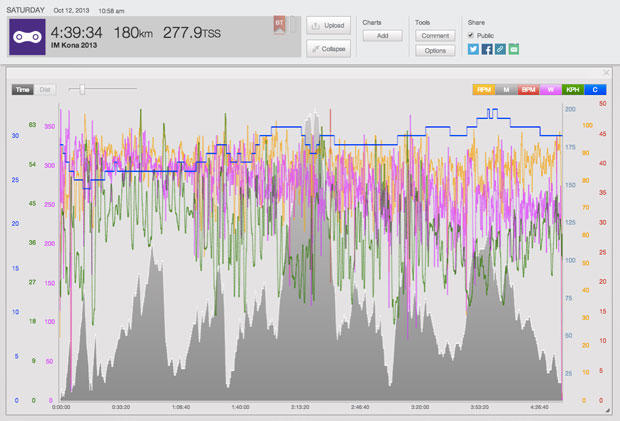 And the power data from 2014 also courtesy of Training Peaks. 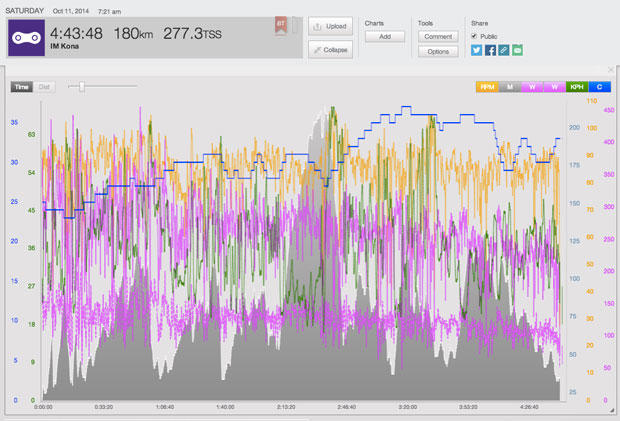