“The toughest competition ever …” 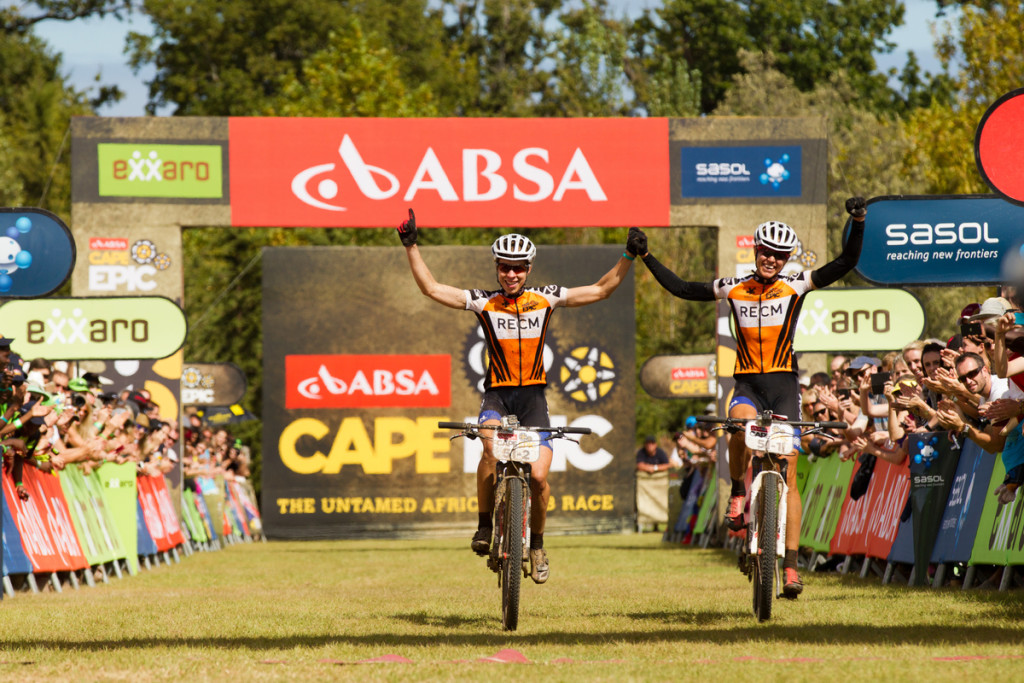 Ariane Kleinhans is under no illusions about the challenge that will confront her and partner Annika Langvad when they defend their Absa Cape Epic title next month: “We will definitely face the toughest competition ever at this year’s Cape Epic,” she said.  The Swiss/Danish duo won in compelling fashion from Esther Süss of Switzerland and Briton Sally Bigham in 2014.  This year Bigham will ride with Slovenian Blaza Klemencic and Süss with Belgian Alice Pirard.
“That’s two very strong contenders for the overall win already,” said Kleinhans. “Obviously Gunn-Rita Dahle Flesjå, who’s the most-decorated female mountain biker in the world, and eliminator world champ Kathrin Stirnemann, will also be a team to watch out for.  Then there are also the Swedish and South African champs – Jennie Stenerhag and Robyn de Groot respectively – who have challenged me many times before at the races and seem to get stronger every year.  But this is only a shortlist from the ladies field – I’m sure there will be even more teams who will make it very difficult to defend our title.”

Langvad though is unequivocal about their ambition for 2015: “Of course we will try to go for another victory.  That being said, this year’s field for the women is phenomenally strong.  I expect it to be quite a different race to last year and I’m super excited to get going.”  Perhaps spurred on by the Absa Cape Epic becoming the first major cycling event to offer women the same prize money as the men, the Women’s category will this year sport more entries than ever before.  It will also be the strongest yet, with an array of world and national champions in the field.

After last year’s win and victories in the 2013 Cape Pioneer Trek and 2014 Swiss Epic, Team RECM Specialized’s Kleinhans and Langvad are a seasoned pairing and will only get together when the Danish woman arrives in South Africa the week before the Absa Cape Epic.  “But our training is going according to plan and, with the experience we have from racing together we are very positive we will be well prepared individually and as a team,” said Kleinhans, who lives in Stellenbosch with her husband, professional mountain biker Erik.  Langvad added: “Just doing one stage race together teaches you a lot about your partner, since you go through extreme situations together.” 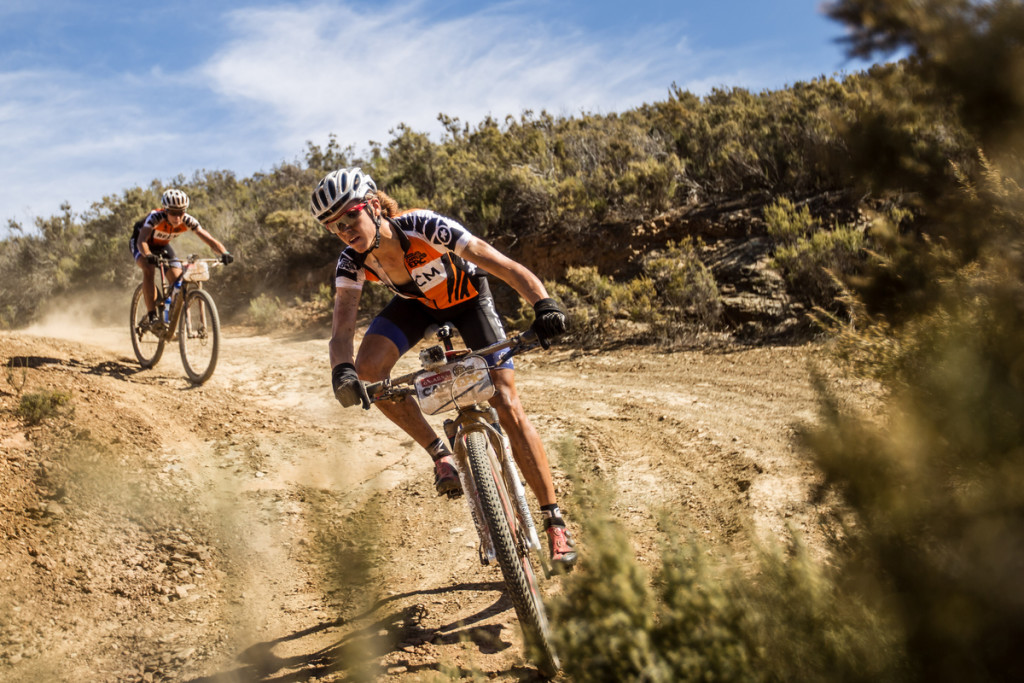 “I’m a marathon specialist and more of  a diesel engine, while Annika is focusing on cross country racing and is used to shorter rides and very high intensity,” explained Kleinhans. “But winning the Absa Cape Epic at her first attempt and taking the rainbow stripes at the Marathon World Championships shows that she’s really good over long distances as well and just an exceptionally strong rider.  Luckily I’m very experienced in racing with a stronger partner from riding with Erik (they twice won the Mixed category at the Absa Cape Epic) and know how to manage it.  Also, Annika understands the importance of teamwork very well, so we can bring the best out of each other.”  On that note, she added: “Good teamwork is definitely a very crucial part of performance, especially when things get tough.  Apart from that, the team dynamic is what makes this race really special for me.  To figure out how to work with a team partner and to share this adventure with its intense emotions makes participating in each Cape Epic especially memorable.”
“I see myself as an all-round rider,” said Langvad. “Ariane and I are pretty similar as riders. We know each other’s strengths and weaknesses and do the best to offset any differences.  There are some really strong combinations this year,” said Langvad. “I think Blaza and Sally will be very strong and probably going for the victory.  I think that Gunn-Rita and Kathrin are seeing this more as an adventure and build-up for the season, but never count Gunn-Rita out!”
Kleinhans and Langvad will ride the newly launched Specialized Era dual suspension bike designed for women: “It is very similar to the Specialized Epic that we rode last year.

The main difference from Epic to the Era is a shorter top tube because of the different body proportions women have.  It makes the bike a bit more manoeuvrable in slow technical sections.  Also the chainstay is a bit longer on the Era, which makes the bike a little less ‘nervous’ and bit more stable on fast rocky descents.  I won marathon worlds on the prototype last year,” said Langvad. “So I’m looking forward to racing on that bike.”

Both were lavish in their praise for the Absa Cape Epic: “It has become the most prestigious mountain bike event in the world,” said Kleinhans. “Because of the great media coverage, it is a fantastic platform for us athletes and has contributed a lot towards professionalising our sport.  The whole mountain bike industry got catapulted forward by this event.  Even though it is organised very well already, the people behind the scenes step it up every year to set a new top standard for sport events.”  Langavd added: “The Absa Cape Epic is legendary, and will continue to be.”

This year’s race takes place from 15 to 22 March and will once again take 1 200 riders through some of the Western Cape’s most unspoilt territory. The race kicks off with a prologue on Table Mountain, starting from the University of Cape Town, and finishes eight days later at Meerendal Wine Estate in Durbanville.