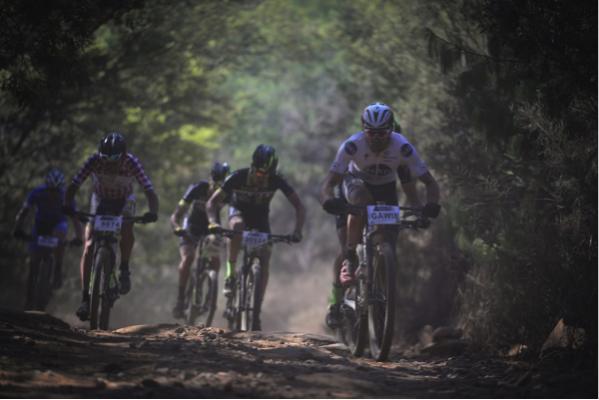 Many of South Africa’s top mountain bike stars are set for a two-day battle in the eastern highlands when they contest Round 6 of the 2017 Ashburton Investments National MTB Series at Dullstroom, Mpumalanga this weekend.

The event will offer two days of high-quality, high-altitude racing in some of the most scenic surrounds and a large field is expected due to the close proximity (3-hour drive) of Dullstroom to Johannesburg and Pretoria. The start and finish venue for each stage is at Dunkeld Country Estate, which is located at 2 067 metres above sea level, making the event slightly more challenging, especially for riders that live at the coast.

Series leader, Philip Buys and his Pyga EuroSteel teammate, Matthys Beukes, currently a close second in the total points, will both be on the start line.

“I’m not too worried about the altitude. I don’t struggle much with it as I live in Pretoria, which is 1400 metres above sea level. But for Matthys, coming from sea level, it’s a challenge. He has found that it works better for him to arrive as late as possible to altitude races, so he will only fly up on Friday,” explained Buys.

“We are both in pretty good shape as we’ve had a few solid weeks of training with no travel and racing. I’m looking forward to two days of high-intensity racing,” added Buys.

National marathon champion, Nico Bell and his Team NAD Pro teammate, Gawie Combrinck, will both make the short trip up from Nelspruit for this weekend’s showdown. They are third and fourth respectively in the Ashburton Investments MTB Series standings after five rounds.

“It’s difficult to say how the legs will be on race day, but Gawie will be looking for a good result following his second-place finishes at Dullstroom for the past two years. The altitude is always a factor. You can’t go too deep into the red otherwise you don’t recover, but the racing will be hard for sure so we hope to be part of it again,” said Bell.

Max Knox, the 2016 Ashburton Investments MTB Series winner, who is unbeaten in Dullstroom and currently fifth in the 2017 Series, will be watching from the sidelines as he recovers from surgery to repair a broken collarbone.

“It’s obviously very disappointing for me not to be able to race at one of my favourite venues, but I will still be there cheering everyone on. It’s an amazing venue with a wonderful atmosphere and well worth the trip for the weekend for riders and their families,” said Knox.

Other potential podium contenders confirmed to start are Wessel Botha, currently sixth in the 2017 Series, and Gert Heyns (Ascendis Health), who will fly up from Cape Town and who says he has no real problem with marathon racing at altitude.

“There’s usually not much I can do about higher altitude races as there is usually not enough time to go up and adapt beforehand. Although it’s a disadvantage, I generally don’t do anything different than for any other race. I usually struggle with XCO at altitude but it tends to not bother me too much in marathon racing, so hopefully I’ll be sharp from Dullstroom this weekend,” said Cape Town-based Heyns.

South African champion and current 2017 Series leader, Robyn de Groot (Ascendis Health) will be conspicuously absent from the women’s race. She is not fully recovered from a bout of bronchitis. However, her decision not to compete should open up contention for the 2017 Series title up somewhat.

Confirmed to start are Round 5 winner, Candice Lill (dormakaba) and Round 4 winner, Amy Beth McDougall (Valencia), Sarah Hill (Liv), who is currently second in the Series, Theresa Ralph (Galileo Risk), Samantha Sanders (Valencia) and Vanessa Bell (Bells Cycling). Because there are two legs this weekend, the opportunities to score points are higher, so expect some interesting position shifts.

“Racing at altitude is always a challenge for us coming from the coast. I definitely feel there is less oxygen but I try not let it get to me mentally. I know most of my competitors are feeling the same way,” said Lill.

“I’m recovering from flu, so hope to be strong by Dullstroom. Regarding altitude, I’m lucky because at live at 1600m in Joburg. But you can’t really prepare for altitude racing. You have to mentally accept that you are going to feel like you’re breathing through a straw and going slowly. I just returned from Colombia where the base altitude for the stage race I did was 2000m and we frequently climbed to 3000m and even to 4000m, which was ridiculous! So, based on that Dullstroom’s altitude isn’t too bad,” said McDougall.

“I went to Dullstroom to train last weekend, which I hope helps a bit. I’m sure the full-time pro’s will go there a few days before to adjust, especially those living at sea level. I don’t have the luxury of acclimatising, but living in Joburg should help a bit,” said Ralph.

“I live in Joburg, so the altitude does not affect me as much. I sometimes train at Suikerbosrand, as the altitude varies there and can go up to around 1900m metres, so that helps a bit,” said Bell.

Entries are still open and can be done online at www.nationalmtbseries.com.