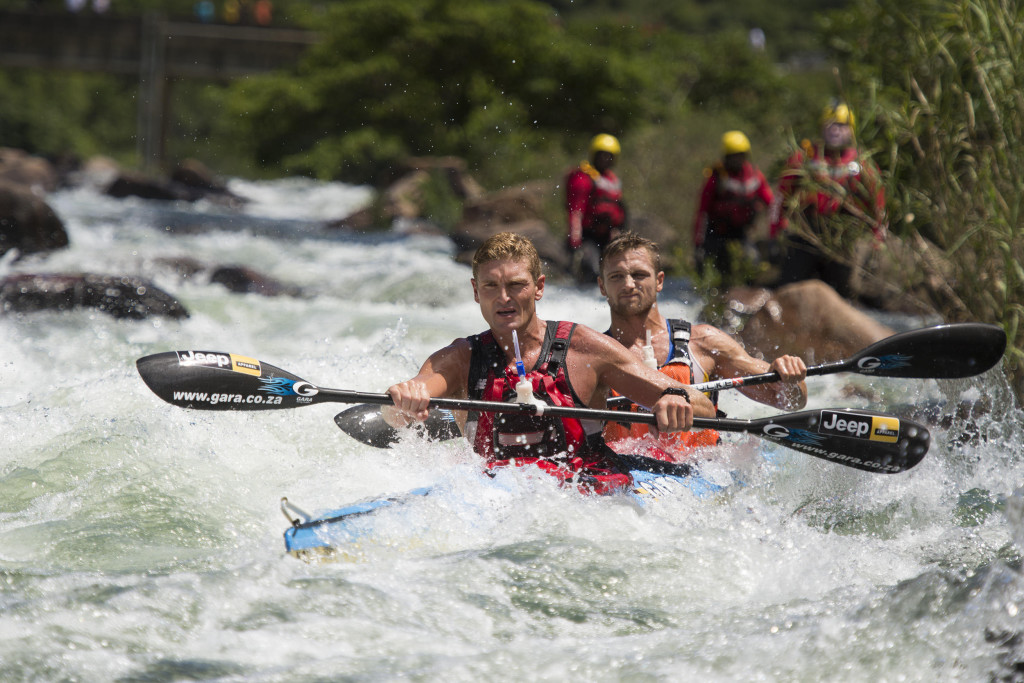 With their sights set on the World Marathon Championships in Oklahoma City in a few weeks time the world-class combination of Hank McGregor and Jasper Mocké will hope to take the South African K2 River Marathon title at the upcoming Breede River Canoe Marathon this weekend. – Anthony Grote/
Gameplan Media

Robertson – The swansong of the Western Cape paddling season has an added prize this year with the 2014 Breede River Canoe Marathon also playing host to the national K2 river championships which will add some more spice to the race on a full river when the two-day spectacle gets underway on Saturday 6 September.

The 71km race from Robertson to the Kambate Resort outside Swellendam has attracted a strong field with a number of the country’s top paddlers ready to line-up on the start line in a quest to claim the national K2 title.

With the news that three-time winner of the race and local paddling icon Graeme Solomon will not be taking part in the race has eased the pressure slightly but there are more than capable candidates to take the place of Solomon in the charge for a podium spot.

The McGregor, Mocké partnership should prove to be a tough one to break for the rest of the field as the pair prepare for the World Marathon Championships in Oklahoma City later in the month. The two have just returned from the United States and Canada.

There will inevitably be a strong local challenge from the local paddlers with the likes of SA under-23 marathon champions Brandon van der Walt and Stuart MacLaren teaming up for the race with Simon van Gysen and Ashley Carstens also looking to provide a serious threat. 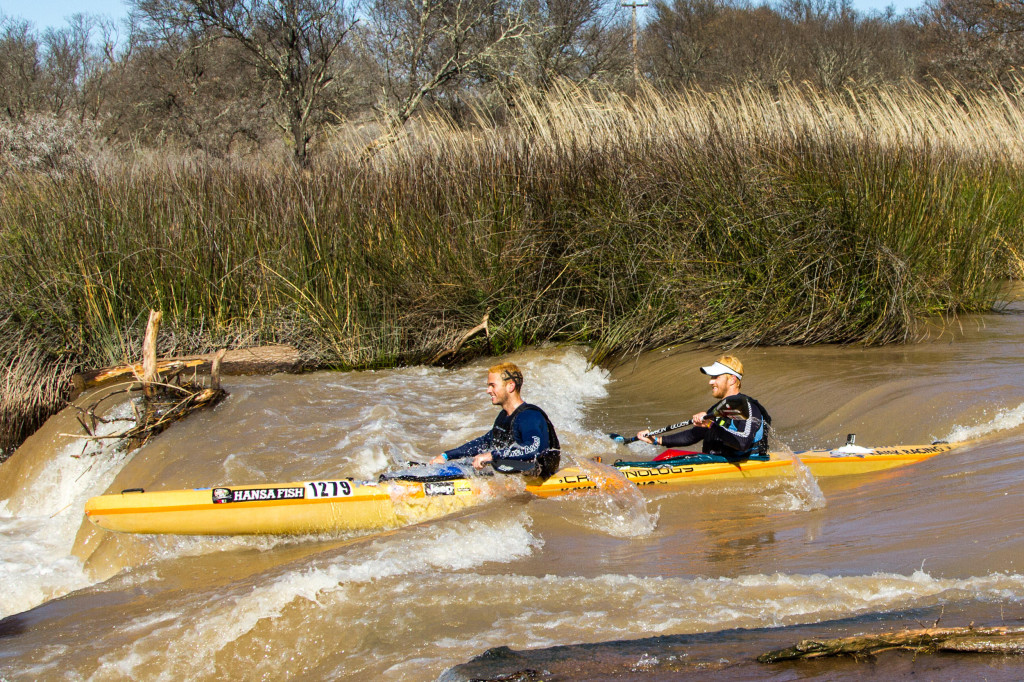 With the national Under-23 Marathon title under their belt, the familiar crew of Brandon van der Walt and Stuart MacLaren will combine at the 2014 Breede River Canoe Marathon in a quest to claim the age-group title but also push for a top placing overall when the race gets underway on Saturday. – John Hishin/
Gameplan Media

Edgar Boehm junior and Ernest van Riet paddled to a solid second place in the race on the Breede last weekend and with that stretch being paddled again this weekend the form of the pair means that one cannot count them out when it comes to looking at the podium spots.

Another combined team is that of 2014 Berg River Canoe Marathon winner Andy Birkett and Greg Louw. The two will be combining for the South African Marathon team at the World Championships in Oklahoma City later in the month so they have experience on their side and with Birkett finishing in third and Louw in fourth in 2013 they could be strong title contenders.

The Soweto Canoeing and Recreation Club in Gauteng will also be sending down paddlers to the Breede and their main threat will come in the form of Siseko Ntondini and Thando Ngamlana leading the charge with two other crews also taking on the Breede.

The women’s race is going to be another interesting contest with neither of the defending champions, Eloise van Gysen and the most decorated women’s winner Alexa Cole, entered into the race in 2014 which opens up the top step of the podium to a number of crews. The combination of Bridgette Hartley and Robyn Kime finished second last year and they too will not be present on the start-line on Saturday.

There is only one previous winner of the women’s race in the field and that is Nikki Mocké who will be teaming up with Alex Adie for the national K2 championships. The two of them will be confronted by stiff competition from other Western Cape crews at this year’s race.

Runner-up at the Berg River Canoe Marathon earlier this year, Bianca Beavitt will team up with Robyn Henderson for the 2014 edition of the Breede River Canoe Marathon and the sister pair of Candice and Samantha Murray will also pose an ominous threat to the title hopes of the other crews in the women’s race.

The Beavitt and Henderson crew combined well over the past weekend to win the women’s section of the Roberston to Bonnievale race that makes up the first day of the Breede Canoe Marathon which should provide them with confidence going into the race.

Although the women’s race might be missing a few of the podium members from 2013 it still promises to be an exciting race with a number of the crews with the quality to claim a position on the podium.

More info can be found at www.canoesa.org.za