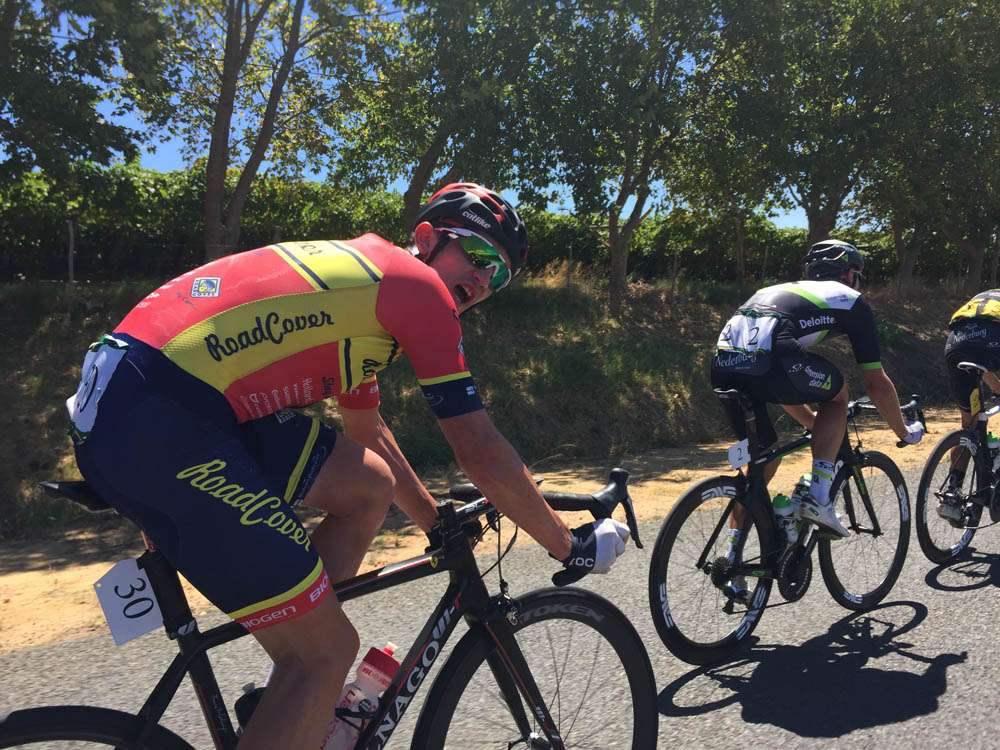 Having recovered from a year hampered by injury, professional road cyclist Willie Smit is looking forward to making his mark when his team compete in the Bestmed Tour of Good Hope next month.

The 24-year-old Team RoadCover rider is fresh from capturing the African Continental Championships road race title in Egypt at the weekend and has now turned his attention to the five-day tour in the Cape Winelands.

Presented by Scicon and the City of Drakenstein, the 490km race from March 6 to 10 will see many of South Africa’s top riders, mixed with international contenders, competing for the newly named Phil Liggett Tribute trophies.

Smit, who placed third in the road race at the national championships in Wellington the previous weekend, left no doubt of his team’s intentions in the build-up to the Cycling South Africa-sanctioned event.

“We are aiming for the overall classification win,” he said. “Stage victories and winning jerseys are good, but basically we have an all or nothing mindset in targeting the GC.”

He acknowledged that riders needed to maintain their concentration throughout a tour of this nature.

“You can lose it at any time if you are not fully focused,” he said.

Smit, who lives in Nelspruit in Mpumalanga, suffered a broken collarbone and shoulder muscle injuries after an accident in France last year, but has now fully recovered and is eager to prove his worth over a week of international competition.

“I was in a bad state of mind after my injury in France as I had reached a peak, which is often difficult to achieve.

“But I came back to South Africa to take a break and undergo rehab. I have seen a lot of medical professionals and everything heals with time.”

Smit, who won the Bestmed Jock Tour in his hometown last year, said he was grateful he could compete again, thanks to the “good team structure behind me”.

Having won a number of road races in South Africa, he said victory in the Tour of Good Hope would be “a big deal for me”.

“I have only competed in it once before so this is definitely a big mark on my bucket list.

“Of course, I can’t do it on my own and I need my team to be in good shape as well.”

Although pleased with his Continental title, Smit said the timing of the event was not ideal in terms of his training.

“It did hinder me a bit because for a race like the Tour of Good Hope you need to get in your training blocks.

“There was a lot of time spent travelling, but it is what it is and you just have to deal with it.

“My form is good and I just have to be careful with my weight for the next two weeks. It will basically be training and the gym, along with a lot of rest.”

RoadCover manager Nic White said the Tour of Good Hope was an important week for the outfit.

“This event has a lot of stature, with many good teams competing,” he said.

“We have a team with the capability to do well in tours. Obviously Willie Smit stands out, but we have a number of other riders with the potential to feature.”

While echoing Smit’s goal of claiming the overall win, White said they knew it was not a case of just “pitching up”.

“We will have to perform at our best because Dimension Data were really good last year and (defending champion) Stefan de Bod is on his home turf.

“Telkom are also very capable and then you have some very good international riders in the mix, who will certainly be in for the kill if they have the chance.”

White said the naming of the Phil Liggett Tribute trophies was a nice touch.

“Phil has been a big supporter of South African cycling and we have enjoyed hosting him here.

“He is held in high esteem in the cycling fraternity and having his name attached to the trophies will certainly add prestige to the event.”