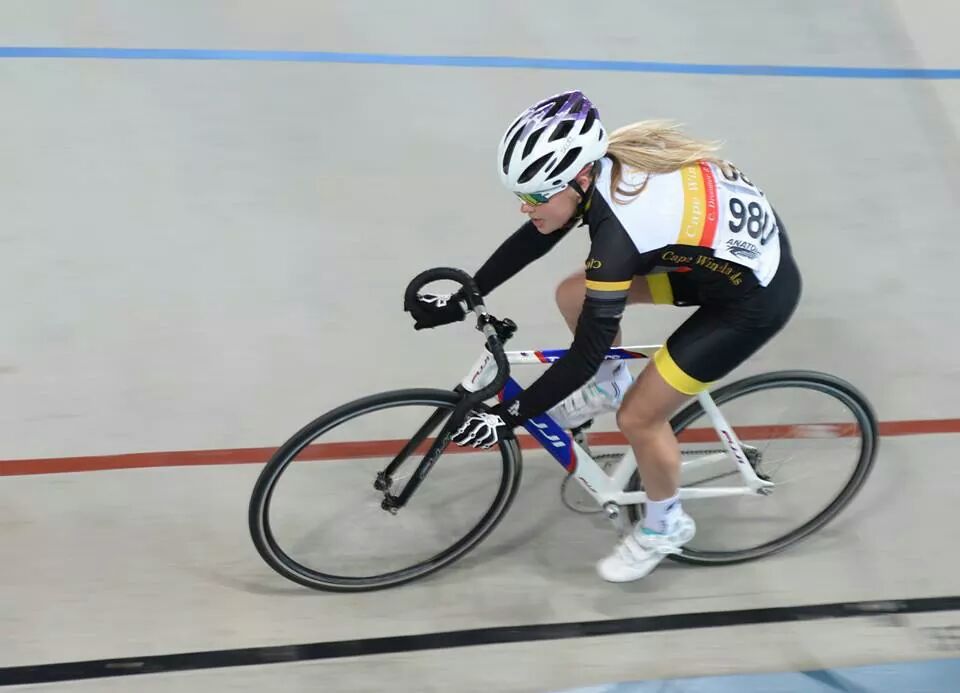 The 14-year-old Parsons, who is also the Western Cape road and time-trial champion in her age group, will sign on as a first-year U16 rider.

Team manager Owen Botha said they were looking forward to bringing the talented youngster on board and grooming her for top-level competition.

The Wellington-based sprinter first grabbed the pro outfit’s attention with a dominating performance at the national track championships in Durban at the end of April.

There she won four gold medals and broke the South African record in the pursuit and time-trial events.

“I realize that a team like Bestmed-ASG is always on the lookout to add new talent and I’m very proud to have this opportunity,” said Parsons.

“I’m incredibly excited but nervous at the same time, as it’s my first pro team. It’s a dream come true.”

She said she believed her track cycling experience would serve to strengthen her performance on the road.

“It’s important for any young cyclist to ride on the track, as that is where the basic skills are learnt.”

Parsons, who is currently in grade eight at Huguenot High School, said it was her ultimate ambition to become a full-time pro once she completed her schooling.

“The sport is demanding and that would be the perfect reward for the hard work – to ride my bike as my job.”

As part of the Bestmed-ASG set-up, she said she hoped to add the 2015 national road title in her age category to her existing accolades.

“I think this is achievable with hard work.”

Extra effort is something Parsons is not afraid of, as she juggles her daily schoolwork and training schedule.

“It’s not always easy, but with discipline and a little push and shove from my family, I manage it.”

With both her parents having been competitive cyclists, she said her involvement in the sport seemed somehow inevitable.

“At the age of four I started riding short fun rides and, after falling in love with the sport, I entered my very first Eric van Enter interprovincial competition at age nine and have never looked back.”

Her brother Alexander is a first-year junior provincial cyclist and her father is former junior Springbok rider Colin Parsons.

“Racing from the age of seven, there were many things I missed out on as a youngster because I was in love with the sport,” said Colin, who counts racing for the national road team in Belgium, winning the SA madison champs alongside Robbie Dale and finishing fourth in the Argus among his many achievements.

“I tell Ash and Alex to partake in other activities but they both enjoy the sport and show good dedication, so I support their choice of cycling all the way.”

He said Ashleigh’s true commitment was demonstrated in Bloemfontein a few weeks ago when she was involved in a crash on day one of the interprovincial track champs.

“She bounced back for the time trial the following day, only to be involved in another crash involving an unauthorized vehicle in the finish area.

“After X-rays she was cleared to race the next day and went on to win the criterium. She shows great mental strength and determination which I believe will take her to great achievements.”