TransCape on a charity drive 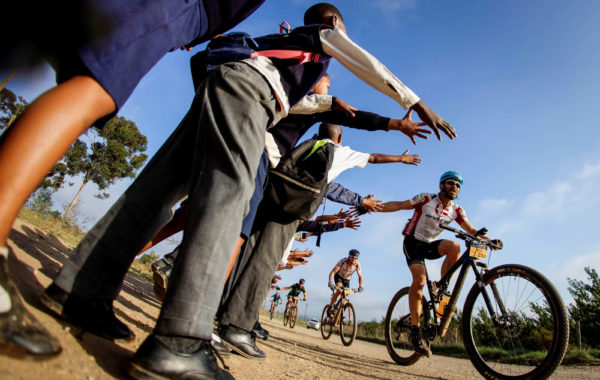 In partnership with the Africa Foundation, the TransCape MTB race will use its reach in the cycling fraternity to contribute towards a number of charity projects this year.

The third edition of the seven-day mountain biking journey from the hamlet of Knysna to Franschhoek in the Cape Winelands takes place from February 5 to 11 over a distance of about 650km.

And while riders will be able to experience the wonder of travelling through some magnificent scenery, they will also have a chance to dip into their pockets to help those less fortunate.

Despite the logistics involved in organising an event of this nature, race founders Lenore and Wayne Collett have also thrown their weight behind the charity aspect.

“When Wayne did the Cape Epic in 2008, which is when I fell in love with mountain biking, he wanted to ride for a charity and ended up with Africa Foundation,” (Lenore) Collett explained their motivation.

“They were raising funds for a community building project and we saw the unbelievable work they were doing. We have been involved with them ever since.”

A non-profit organisation, the Africa Foundation aim to uplift those living in poor rural communities, while also working towards conservation in South Africa.

With branches in Britain and the United States, the foundation have set up projects throughout the African continent to achieve their goals.

Collett said two of the projects for which this year’s TransCape would raise funds were a bursary programme run through the Community Leaders Education Fund (CLEF) and installing ablution facilities at the Bilton High School in Mpumalanga.

“There are so many young people in our rural areas who have potential, but they don’t have the opportunity to study. We want to open the door for the less fortunate to have a chance of getting a tertiary education.”

“You obviously have to work according to your budget and the students have to give back to the community in their vacations in whichever field they are studying.”

The cost is R43 500 per individual annually and the parties are hoping to make it a reality for 100 people by next year.

The second project entails the installation of ablution facilities at Bilton High in the form of Enviroloos.

Collett said they wanted to create a healthy school environment and in doing so give pupils access to the education facilities they deserved.

She said the Enviroloo dry sanitation system was considered more effective than many similar ones.

“We need R330 000 for this project so we are effectively hoping to raise about half a million rand.

“Africa Foundation have a very good management system and companies who contribute are able to receive tax benefits, so it is easier for corporates.”

The TransCape, which was acquired by ASG Events last year, will also be raising funds for the Calitzdorp High School.

Collett said children who attended the school often had very little materially speaking and they raised funds to make donations to the school.

“The school has supported the event since its inception, with the pupils helping out at the venues and with the various functions. They are an awesome team to work with.”

Collett said they would raise these funds by promoting the project during the event and encouraging participants to make donations.

“We inform the riders each evening of our projects and it picks up momentum during the week.”

She said they would have a charity auction at Greyton on the Thursday with a three-night stay at the Ngala Safari Lodge in Mpumalanga as the prize.