Triathletes descend on Durban for TriRock 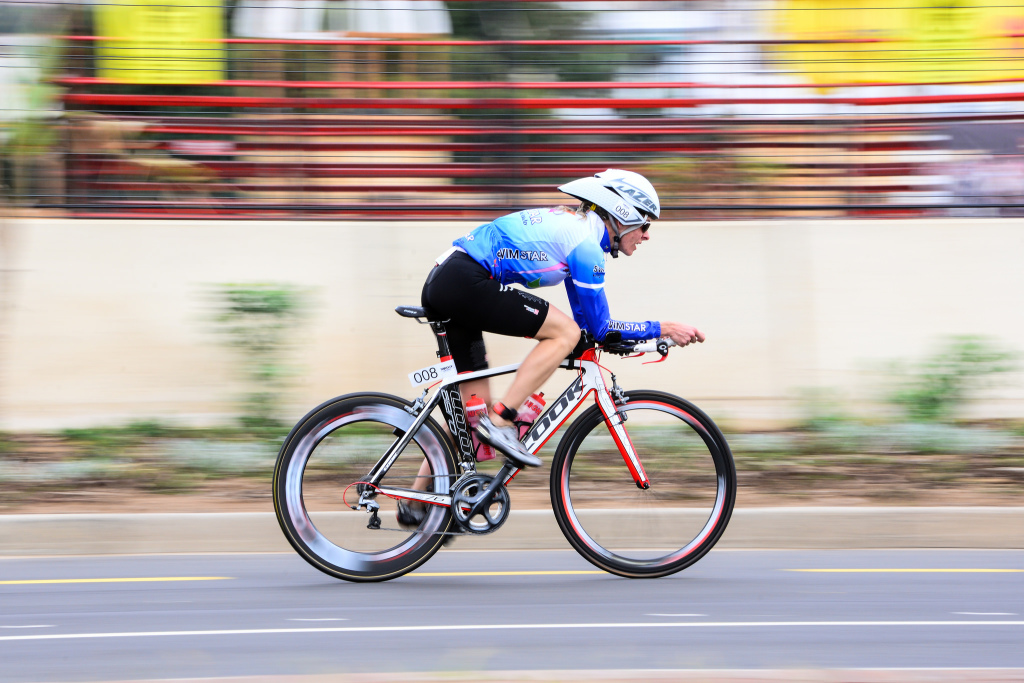 Caroline Koll in action at the TriRock Triathlon

Race week is here and the buzz amongst local endurance athletes is at a peak as triathletes from around the globe come to Durban for TriRock presented by Medihelp. This years edition of the 1.9km swim, 90km cycle and 21km run will feature 61 international triathletes – many from neighbouring SA countries, Zimbabwe, Botswana and Namibia. There are athletes coming in from the USA, Dubai (United Arab Emirates), Hong Kong, Switzerland and the United Kingdom making this a truly international event and another welcome boost for Durban’s hospitality industry once again.

The upcoming weekend of events kicks off with a 9km fun run for ladies on Friday evening, in partnership with the Pink Drive. On Saturday the kids and shorter distance athletes will have their moment of fun followed by the main race on Sunday. The short triathlon, aptly named UrbanRock, will feature double Olympian and mixed team relay silver medallist from the Glasgow Commonwealth Games, Kate Roberts, who will be competing in Durban for the first time since the year 2000. Excited about being in the city again, she commented, “It’s great to be coming back to Durban, along with so many other friends and athletes from around the county.”

One of South Africa’s most successful female long distance triathletes is Caroline Koll who has been racing for many years and a winner for multiple events, titles and events including being the SA Long Distance Triathlon Champion. This year she returns to the race with a new strategy and desire to gain the title that eluded her last year following two punctures during the cycle leg forcing her to pull out of the race. Koll brings years of experience to the table and will pace herself to make the finish line a winning line, should all go according to her plan. She will be up against strong competition from the younger generation keen to show her the new style of racing, which is going hard from the gun, which will be sounding at 6:30am sharp.

A novel and unique activation as part of TriRock is the addition of the free concerts after the main event to be held on the lawns of SunKist beach, at the finish area, with the iconic Moses Mabhida Stadium as the backdrop. The show will be headlined by South Africa’s top live act, ISO and followed by Durban’s favourite son Deon Govender on the decks after their performance. The concert is open to the public for free and all are welcome to attend. The concert will begin around 5pm on Sunday evening.

For athletes aspiring to complete a triathlon, three sports combined into one event, there is the opportunity to be involved by entering a team into the team relay event where a person completes a single leg of the race. This gives them the chance to be involved in the event and experience the atmosphere and vibe, as well as watch some of the countries top athletes racing against each other for the prize money up for grabs.

Motorists are advised that the M4 from Durban to Ballito will be closed to traffic due to the event from 6am onwards on Sunday.

Entries for the relay and short distance triathlon are still open and more information is available at www.trirock-durban.com. The event caters for relay teams, so athletes wishing to complete only an individual leg of the triathlon can do so as part of a team of three. Phone Grant Kunneke on 082 564 5345 or email him at grant@tri-rock.com.