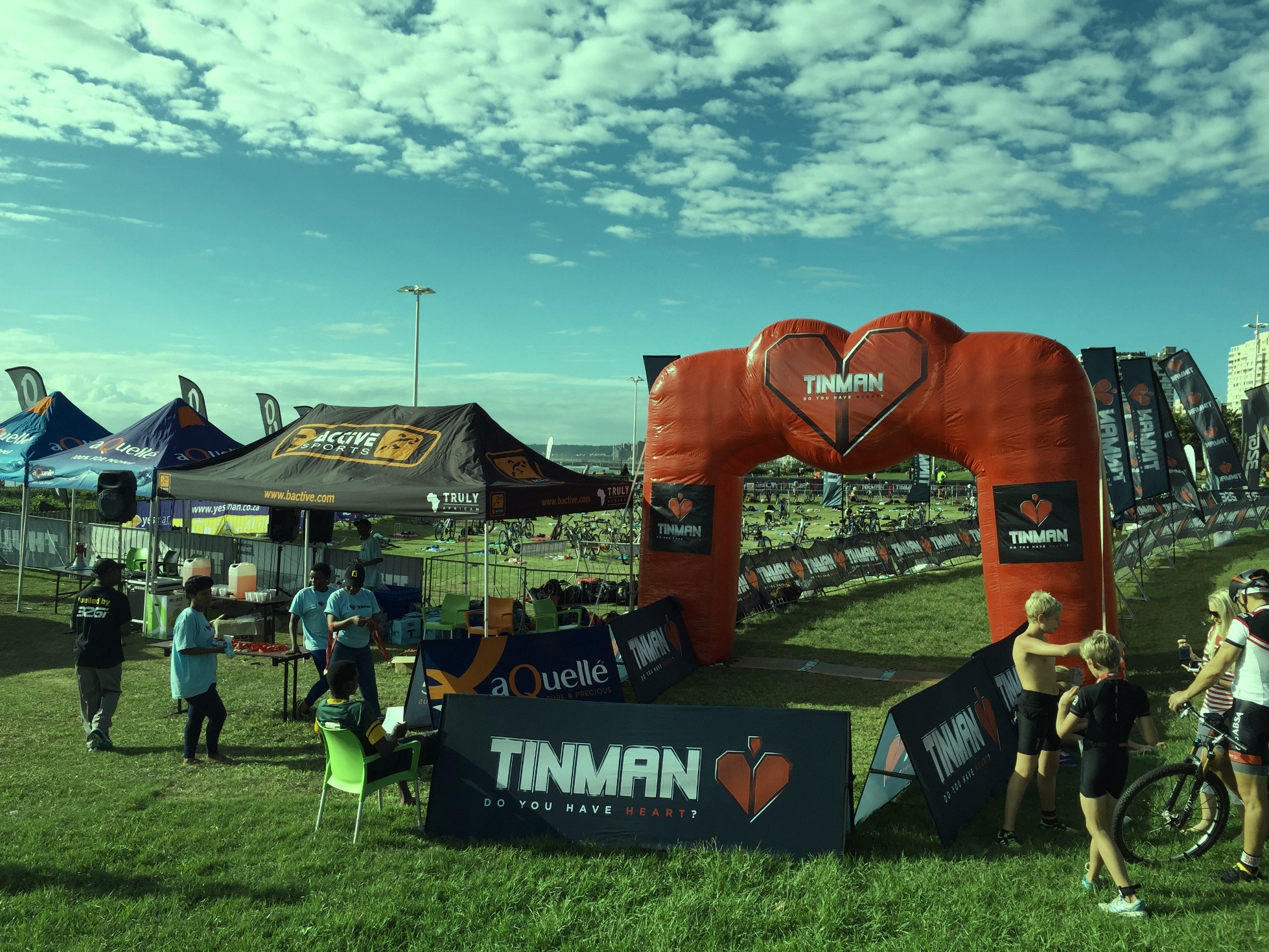 Top SA Triathletes Marc Greyling and Rinaldo Morgia from TUKS made their first attempt at the TinMan Series a successful one, with Greyling winning the overall Challenge event and Morgia claiming a hard fought 3rd place in the longest race of the day.

A classically beautiful morning greeted the 400 athletes who turned out for the first TinMan event of 2016 at Suncoast. With stormy weather predicted, the sunshine and clear skies were a pleasant surprise for the athletes who were eager to take on the TinMan challenge.

The first event to start was the 10km run, which follows the beachfront promenade down to Blue Lagoon and back to Suncoast. Mhlengi Gwala and Geraldine Von Fintel won the men’s and ladies 10km running race in a time of 32min52seconds and 41min respectively.

In the Mini Triathlon event, over 110 eager athletes took to the warm Indian ocean to conquer the 200m swim. James Haw and Hannah Carol took the top honors, with James only finishing 4min ahead of Hannah. The Sprint race had its own race drama, with top Stellenbosch athlete Nicolas Quenet being disqualified after finishing first due to taking the wrong bike course. Twin’s Darren and Gareth Marquiss raced from the start to claim the overall top spots with only 1second between them. Daniela Arrigo claimed the Ladies Sprint Title in a time of 1hr 18min and 14sec.

The longest event of the day, the Challenge race, which made the athletes take on a 1km swim, followed by a 32km cycle and a 10km run, was hotly contested by some new blood Triathletes who were keen to show their mettle.  Marc Greyling made it into the top batch exiting the swim and pushed hard with TUKS team mate Rinaldo Morgia keeping him company. Van Gelder and Gore were close behind and chasing hard on the bike, but could not close the gap over the 32km bike course. On the run, Greyling looked strong from the start and lead the 10km with Van Gelder and Morgia both chasing hard. Van Gelder looked to be reeling Greyling in, on the second lap, but Greyling felt his presence and pushed hard to claim a win. Van Gelder claimed a well deserved 2nd place with Rinaldo Morgia clinching 3rd place.

In the Challenge Ladies race, Alexandra Quenet pushed hard from the start to lead the ladies race. Teneal Featherby chased hard with Michelle Burn hot on their heels. However Quenet was too strong and claimed a well deserved win in a time of 1hrs 51min 54seconds. Featherby claimed 2nd with Burns claiming 3rd.

The next TinMan event in the series takes place back on the Suncoast Sundeck on the 17th April , we hope you can make it.

For more information on the TinMan Triathlon, go to www.bactive.com