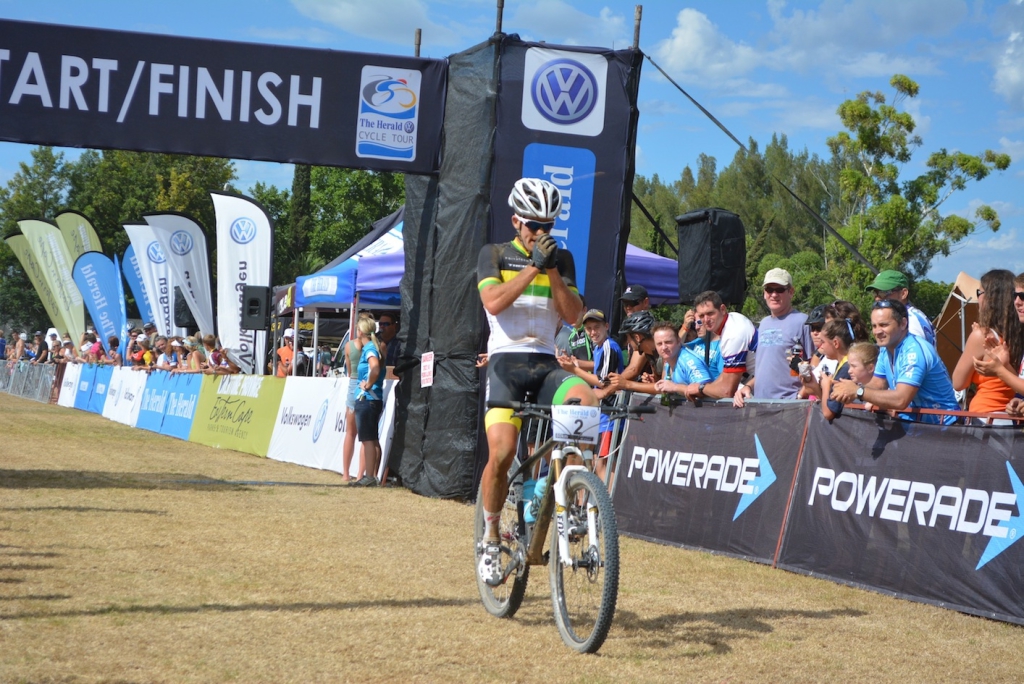 With two-time winner James Reid a doubtful starter, The Herald VW Cycle Tour could be looking for a new Ultimate Quest champion when the event takes place in Nelson Mandela Bay at the end of January.

The Ultimate Quest offers bragging rights – and R5 000 in cash – for the male and female riders with the best combined times in the 106km Classic road race and 80km Extreme mountain bike challenge. In addition, the winners each receive a Festina watch valued at R4 500.

National marathon champion Reid (Trek), who is also a cross-country specialist, has been the undefeated champion since the Ultimate Quest’s inception two years ago.

However, a possible international racing conflict could see him miss out on his third bite at the cherry.

“I’m waiting for confirmation from a race in Oman. If I get an entry, I have to go there because I’m chasing Olympic qualifying points,” said Reid.

“Otherwise, I’ll definitely be back to defend my title!”

The women’s category has been dominated by Olympian Candice Neethling (Time Freight-VeloLife), who secured an impressive hat-trick of wins in the mountain bike race en route to her second Ultimate Quest title this year.

According to race director Brad Jackson, the “super-category” was one of the things that set the second oldest national classic apart from other cycling events.

“To my knowledge, this is the only event that offers something like this,” said Jackson.

“The Herald VW Cycle Tour is really an all-round festival of cycling but, in the past, the mountain bike races at Addo and the road races in PE were very much two separate events.

“We wanted to add an aspect that would link the two disciplines together and at the same time bring something fun and exciting to the event.”

Jackson said the initial expectation had been that the category would cater for only a handful of pro riders who would be in contention for the overall podium.

“We’ve been really surprised at the growth in the number of average riders entering the Ultimate Quest challenge over the past two years.”

He attributed it to the fact that endurance athletes were always looking for a new challenge and doing the double provided just such an opportunity.

“Most serious mountain bikers tend to spend a lot of time on their road bikes in training anyway, so we figured why not give them a chance to prove their worth against the best of the roadies.”

Jackson said any rider who could handle the mountain bike feature race should be able to cope with the demands of the Ultimate Quest.

“Especially those who have done any stage racing, where they are used to multiple days of riding back to back.”

He recommended that would-be Ultimate Quest participants put in similar preparation to what they would for any multi-day race and start their training well in advance of the festive season.

“As with any endurance event, it’s important to know your own body and ensure that you are well prepared for the challenge.”

Jackson said mountain bikers tended to be at an advantage because there was a greater opportunity to create time gaps on the off-road side of things.

“Because the technical mountain bike course doesn’t lend itself to bunch riding, it’s a lot easier to make up time there than in the road race.”

He said riders would be evaluated on their times rather than a points or position-based system.

While it left true roadies at a bit of a disadvantage, Jackson said the organisers had opted to keep to their current system based on the participation trends.

“If we felt there was potential to attract more of the top roadies to take part in the mountain bike race then a points system would be an option, but we think it’s more likely to attract the mountain bikers to the road event, so that’s how we’ve targeted it.”

Enter at www.heraldcycletour.co.za before January 19.