‘Unpredictable’ Satellite Championship in the offing 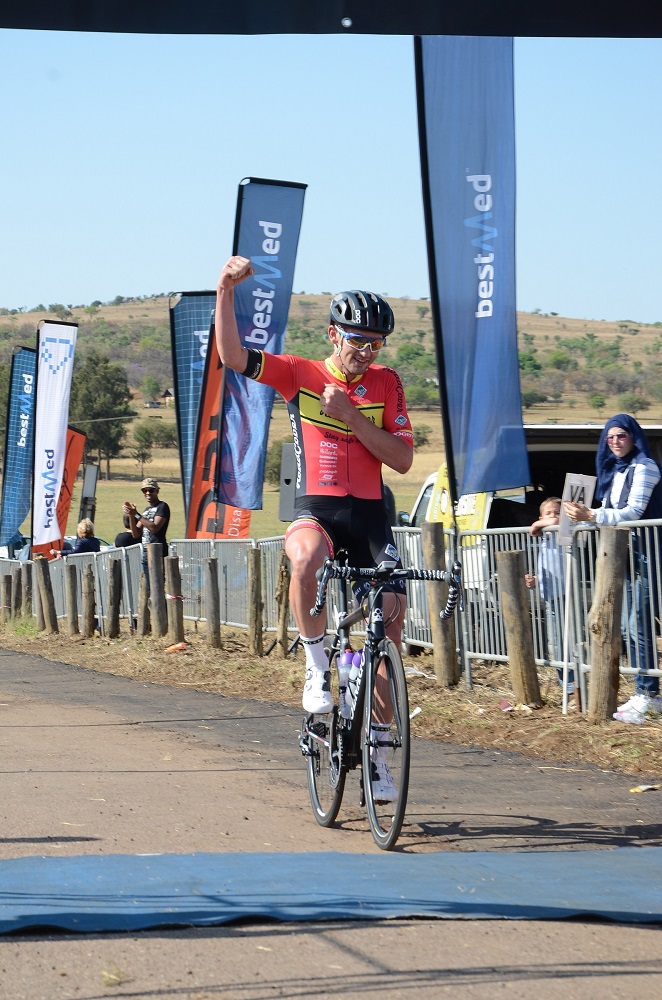 Minor changes to the route of the Bestmed Satellite Championship could turn the racing on its head and make for an exciting and unpredictable finish on Saturday.

The road cycling classic, which previously started at Saloon Route 66, has moved to Maropeng and, as a result, changes have been made to the 110km and 84km courses.

Although the routes remain largely intact, the order of the major climbs has been switched around. In previous editions, participants faced the notorious Hekpoort ascent 30km from the end and then had to crest Poeierbult in the run-in to the finish.

They will now take on the smaller of the two first before reaching the base of Hekpoort with around 10km to go. Once over the top of the 4km monster, it is largely downhill to the finish.

Defending champion Willie Smit, who soloed to victory last year after ditching his competition on Hekpoort, said the changes would likely make for a very different race.

“The change of route will change the dynamic of the race,” said the national rider who recently signed for Swiss WordTour team Katusha-Alpecin for the 2018 season.

He said the action would likely start far sooner, with the sprinters and slower climbers looking to get away in the earlier breakaways.

“I think they will try to get away long before Hekpoort because they’ll know once they get to that climb they have no chance of getting over first if they’re with the climbers.”

The RoadCover star said the field would tackle the final climb with tired legs and he foresaw that it would be make or break for many of the favourites.

“It’s going to be very interesting from the start and to predict anything for this race will be very difficult,” said the 24-year-old from Nelspruit who has won 16 races at home and in Europe this season.

With some of South Africa’s biggest names on the start list, including Bestmed Tour of Good Hope winner Kent Main (Dimension Data) and runner-up Myles van Musschenbroek (ProTouch), Smit said they were prepared for some tough competition.

He will line up alongside teammates Clint Hendricks, Bradley Potgieter, Mornay van Heerden and Ryan Harris and pledged his allegiance to the in-form Hendricks, who raced to a career-defining fifth place overall in the mountainous Tour of Eritrea this year.

“Clint has some good form at the moment and he’s been working hard to prepare for this weekend, so I’ll see where I can help him and hopefully he can survive that climb.”

Smit said the Bestmed Satellite Championship – a seeding event for the Cape Town Cycle Tour – was perfectly positioned on the calendar to help him prepare for his new venture.

“All the races from now leading up to February are the perfect opportunity for me to keep improving from week to week.”