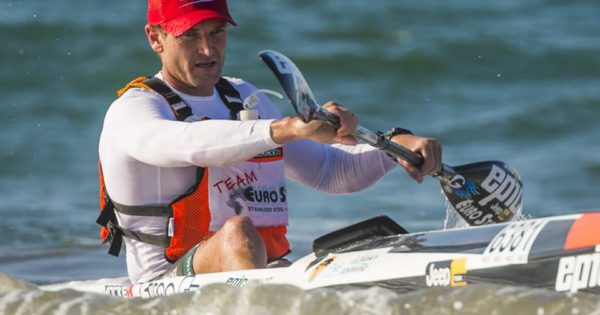 PIETERMARITZBURG, 18 OCTOBER 2016 – Jeep Team’s eight-time World Canoe Marathon Champion, Hank McGregor, this past weekend won the John Woods Three Sisters Single Surfski Challenge and is now off to France to compete in the 7th edition of the Breizh Ocean Race, a World Surfski Series Race, which will be hosted in Morbihan France.

McGregor recently clinched his seventh Hansa Fish River Canoe Marathon win, and it isn’t over yet for the unstoppable McGregor as he is ready to end 2016 with a bang by competing in three more race titles, two them being in France and Hong Kong.

This has been a formidable year in which McGregor has proven to be unbeatable after winning numerous international and national titles across different paddling disciplines including surfski, flat water and river canoe marathon, and canoe sprints, but it isn’t over yet.

Says McGregor “I am amped and ready to take on the last few challenges for the year. It has been a good year and I am stoked for the wins and the chance to compete against the best South African and International paddlers. The next few races are going to be challenging and I hope to finish off this year on a high note.”

McGregor is now off to France to compete in the 7th edition of the Breizh Ocean Race, a World Surfski Series Race, which will be hosted in Morbihan France from the 21st to 23rd October. Following a second place finish in 2014, behind fellow South African Jasper Mocké, McGregor will be vying for a win on this downwind surfski course.

McGregor will then join South African paddlers for the annual Pete Marlin Surfski Champs happening at Nahoon Beach in East London on the 5th and 6th November 2016. The Wild Coast boasts some of the best downwind conditions in South Africa. This Surfski Champs is part of the World Surfski Series and is a 23km downwind race between the Orient and Yellow Sands beaches finishing at Nahoon Beach. Other South African paddlers in this race will include Barry Lewin and Dawie Mocké.

The final stopover for McGregor will be the Hong Kong Dragon Run happening in Kowloon, Hong Kong from 12-13 November. This International Surfski Championships event boasts a 24km course starting at Clearwater Bay and finishing at Stanley Main Beach.

Though the weather conditions in Hong Kong in November provide excellent downward paddling conditions, the course will present paddlers with highly technical conditions for the majority of the race, testing the best of the best in the world.