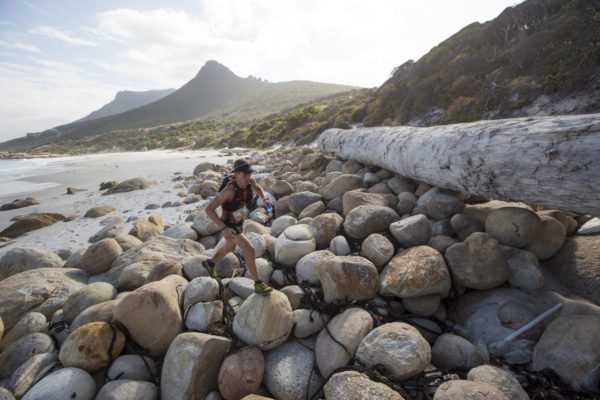 This year marks the sixth edition of Ultra-trail Cape Town presented by Salomon (UTCT), with the race already establishing itself as a bucket list event for local ultra-trail runners. This is also the third year that the 100km event is included as part of the Ultra-trail World Tour (UTWT), attracting a large number of elite international athletes, and that number looks set to grow.

Entries have opened this week, with both local and international entries coming in. Nic Bornman, co-founder and Race Director said:“Even in the 100km, where athletes are not always able to commit to ultra races too far in advance, we have seen a large number of entries come in already.”

“We are thrilled at the momentum that has been created in 2018, and the enthusiasm and positive feedback we have received from both local and international runners, and we look forward to a stacked field again amongst the 100km elites, both men and women,” he says.

UTCT combines a range of beautiful Mother City sights with the rugged technical terrain of Table Mountain, with four events to choose from: 100km, 65km, 35km, and for the first time in 2018 there was a 21km route, which will be repeated. We chatted to some of last year’s runners, many of whom are already signed up for another UTCT.

Zimbabwean Emily Hawgood was the first women across the line in the 100km, and says she will definitely be back to defend her title: “I couldn’t have had a more incredible experience, both with the professional team putting on the event, and the enthusiasm and friendliness of every one of the running community out supporting. And beautiful trails to top it off!”

Christiaan Greyling was the first SA man in, taking fifth place in the Men’s 100km. He says: “UTCT was one of my highlight races of 2018, and is a good goal to look forward to to finish off your year. It showcases the best of Cape Town’s trails and tourist spots and will challenge you outside of your comfort zone.”

Cape Town local Kerry-Ann Marshall, came second in the Women’s 100km: “UTCT is more than an event, it’s like a huge family reunion with people from all over the world. This event has only been running for a few years but it feels like so much history has already been made. I would love to be back this year and will see how the year unfolds but it’s always one I wouldn’t want to miss.”

Tim Chambers won the Men’s 35km at UTCT last year and says he will be back again this year: “For me UTCT is special because I get to race on home trails against some top athletes. The 35km itself is km for km one of the most technically challenging races around. It doesn’t ever let you ‘take a break’ and get into a rhythm. Whether it be the iconic Platteklip climb, the rocky top, epic Nursery descent, or the Blockhouse sufferfest, the course is constantly changing and keeping things interesting. Along with this are some super stunning views, some epic trails and great all round ‘gees’”.

Bianca Tarboton took the Women’s 21km title and plans to return in 2019: “I’m definitely going to be coming back to UTCT this year but I’ll probably do the 35 km for a new challenge. I absolutely loved the 21km. It encorporated all different terrains which is always so much more exciting and challenging. There’s a lot of very runnable jeep track to start, a surprisingly tough climb up to the upper newlands contour, some really beautiful single track through the forest, a crazy climb up newlands ravine and then a very fun, technical descent to the super festive end with a lot of cheering, cowbell ringing and rad music. In my opinion it really is the perfect route for a 21km and the vibe makes it that much better! The entire weekend is just incredible and so much fun to be a part of. The community vibe is really prominent and there’s so much support which is really great to have.”

Cape Town local ultra endurance runner Ryan Sandes, who came second in the 100km in 2017, says that UTCT is one of his favourite events on the global racing calendar: “It’s also really cool to see so many international runners coming to Cape Town to experience Table Mountain – its always such an exciting time of year for our Cape Town trail running community.”

The Ultra-trail Cape Town 100km, 65km and 35km take place on Saturday 30 November and the 21km is on Sunday 1  December. For more information on the races and routes, and how to support runners, visit www.ultratrailcapetown.com