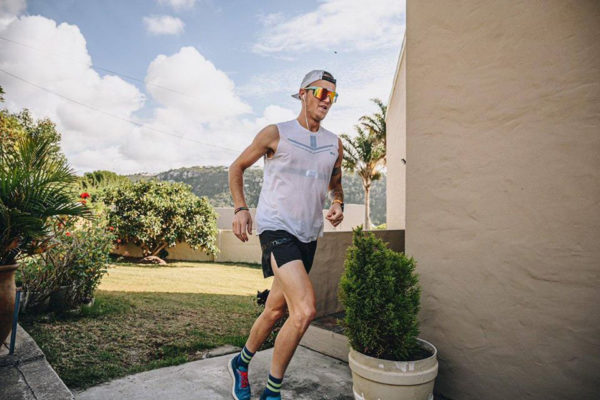 Respected ultra-trail runner Rory Scheffer (pictured) was one of the 1200 runners that took on UTD Lockdown Edition recently that managed to raise over R100 000 for their two beneficiaries Wildlife ACT and the Southern Lodestar Foundation. Michelle Scheffer/Facebook

Underberg – With the fourth edition of Ultra-Trail® Drakensberg being cancelled due to the coronavirus pandemic, organisers thought fast and their UTD Lockdown Edition was a resounding success with close to just over R100 000 raised for Wildlife ACT and the Southern Lodestar Foundation.

1200 runners took on UTD Lockdown Edition in a welcome show of solidarity for the cancelled event and rallying support for the events two benefactors.

The ultimate prize went to Tobie Reyneke and Debbie O’Mahoney who completed the longest distance over the event time frame. Reyneke completed 171km in 31 hours 58 minutes, while O’Mahoney finished 165km in 36 hours.

UTD Lockdown Edition took the five different events scheduled for the Drakensberg’s toughest trail running event and divided the distances by ten to give runners distances to cover in their gardens over the same period that UTD would have taken place.

There were also options to run the UTD Lockdown Edition Grand Slam which converted into 39,5km and every distance on offer while others opted to take on UTDunlimited which was a challenge to see how far you could run from 10am on Friday to 7am on Sunday.

“We were overwhelmed by the support of all the runners to our UTD Lockdown Edition,” event organiser Spurg Flemington said.

“To see so many people taking on the event in their gardens, balconies, garages was inspiring and we are proud to be handing over the proceeds to our beneficiaries.

“As a community we have come together to help those in need and it was a display that we cannot underestimate the impact this will have.

“We cannot wait to see you all in the Southern Drakensberg for UTD 2021,” Flemington added.

Entries can be lodged here.