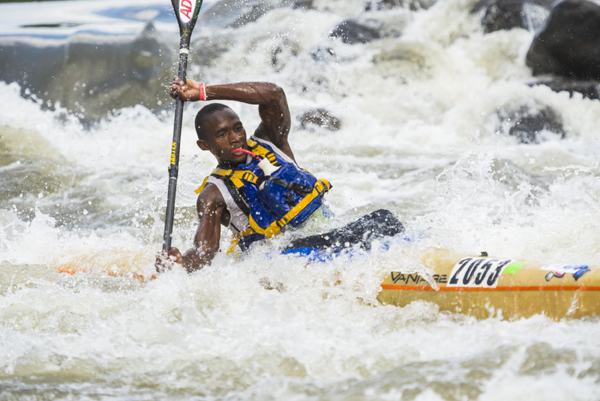 As paddlers start gearing up for the 2017 FNB Dusi Canoe Marathon in February, the interest on the Highveld to have a race that will prepare paddlers for the three day journey has been heeded and in January 2017 paddlers from Gauteng and surrounds will have the opportunity to cut their teeth on a Dusi-type contest.

With the recent decision to cancel the Euro Steel Highveld Croc due to potentially dangerous water quality on the Jukskei River, the paddlers in Gauteng were left with precious few opportunities to cover long distances in a boat and on foot before their trip down to KwaZulu-Natal for next year’s Dusi.

The cleaner Vaal River will however play host to newly created one day race on 14 January, which is yet to be named, and will incorporate all the elements that a Dusi paddler will have to deal with during their Pietermaritzburg to Durban assignment – two portages that total approximately 5.5km and 27km of paddling.

“I put out the question as to whether people would like to take part in a Dusi-type race on the Vaal and had around fifty people who responded instantly,” said race organiser, Malcolm Stothard.

“I weighed up whether it would be viable to do a race with these sorts of numbers but after some thought I have decided that we will be able to give it a go!

“With the loss of the Highveld Croc, having something along the lines of the Dusi up here in Gauteng was important, so I am glad that we are going ahead with the new race.”

With the Gauteng region having recently experienced some good summer rains, Stothard is confident that the race will be able to get the required water release and feels that the race is well positioned in terms of paddlers’ Dusi build up.

“We will have to keep a close eye on whether we can get the water release or not, as the race is dependent on this.

“The race is on 14 January so it is perfectly placed for paddlers in the last part of their preparation and will give participants the chance to sharpen up their river and portaging skills before the big three days!” Stothard added.

The race will take place from Smiling Thru to Hadeda Creek, incorporating a few flat water sections at the beginning followed by some good rapids from Parys down as well as one short and one longer portage.

“The Vaal River is so much cleaner so there is little chance for people to get sick and the finish at Hadeda Creek is a good one with great facilities for the paddlers and their seconds.

“We would be really happy if we could get over 100 entries!” Stothard commented.