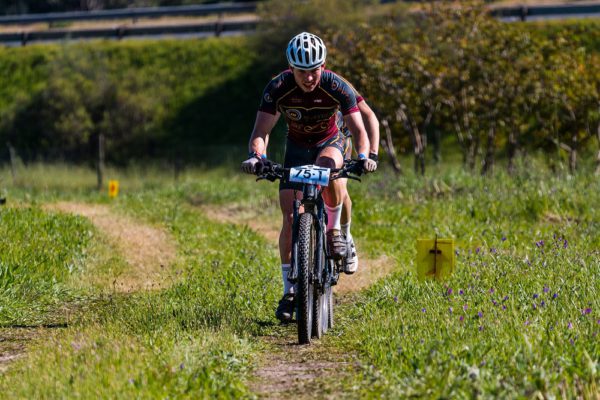 Participants in the two-day Varsity MTB Challenge will face some fresh challenges when the race gets under way at Nederburg in Paarl on September 30. Photo: Robert Ward

Although the route builders are striving hard to create a balanced course, competitors in the Varsity MTB Challenge at the end of the month will have their work cut out.

The two-day mountain bike race in Paarl, sponsored by First National Bank, starts on September 30 and is an opportunity for alumni, students and the public to experience a memorable outing in the Drakenstein mountains.

Both stages are cloverleaf in nature and start and finish at the Nederburg wine farm. The opening day takes riders over a distance of 50km with 1 500m of vertical ascent, while the last day covers 58km with 1 600m of climbing.

Route director Pieter van Wyk said one of the intricacies they faced with the start at Nederburg was that there was climbing to be done irrespective of which way they went.

“We do try to make it as easy as the terrain will allow us, but it is still going to be quite hard because there is a lot of climbing relative to the kilometres they are riding,” he said.

“Obviously we could make the ride a lot harder, but we want to make sure that we have something that will test the students who are competing while also catering for average riders who do these events for fun.

“So, it’s a matter of finding the right balance.”

Van Wyk said stage one started with a “really long climb” that should spread the field from the outset.

“The main difference between the two days is that stage one has longer climbs. The second is up and down with more frequent, shorter uphills.”

He said participants climbed Du Toitskloof Pass on both days, but would head into the Drakenstein mountains on day one and towards Wellington on stage two.

“There are some tough sections on the first day, but you get amazing views from the top of the pass,” he said, pointing out that day two would feature “a lot” of single-track sections.

He said the change in start and finish venues meant riders would face plenty of fresh challenges.

“The start is the same as last year on stage one, but then there are some changes because they return to Nederburg instead of going all the way to La Paris.”

Van Wyk said it was important for them to add new elements each year so that the participants could experience something different.

“Next week we are going to add two kilometres of single-track to the second stage and the riders should enjoy these new sections.”

Darren Herbst of ASG Events explained that although the ultimate alumni challenge catered for all cyclists, it provided an opportunity for former students to ride for their chosen institution with a partner of their choice.

According to him, official student teams from the top eight tertiary institutions would compete in a separate event within the main race.

Visit www.varsitymtbchallenge.co.za to enter or for more information.