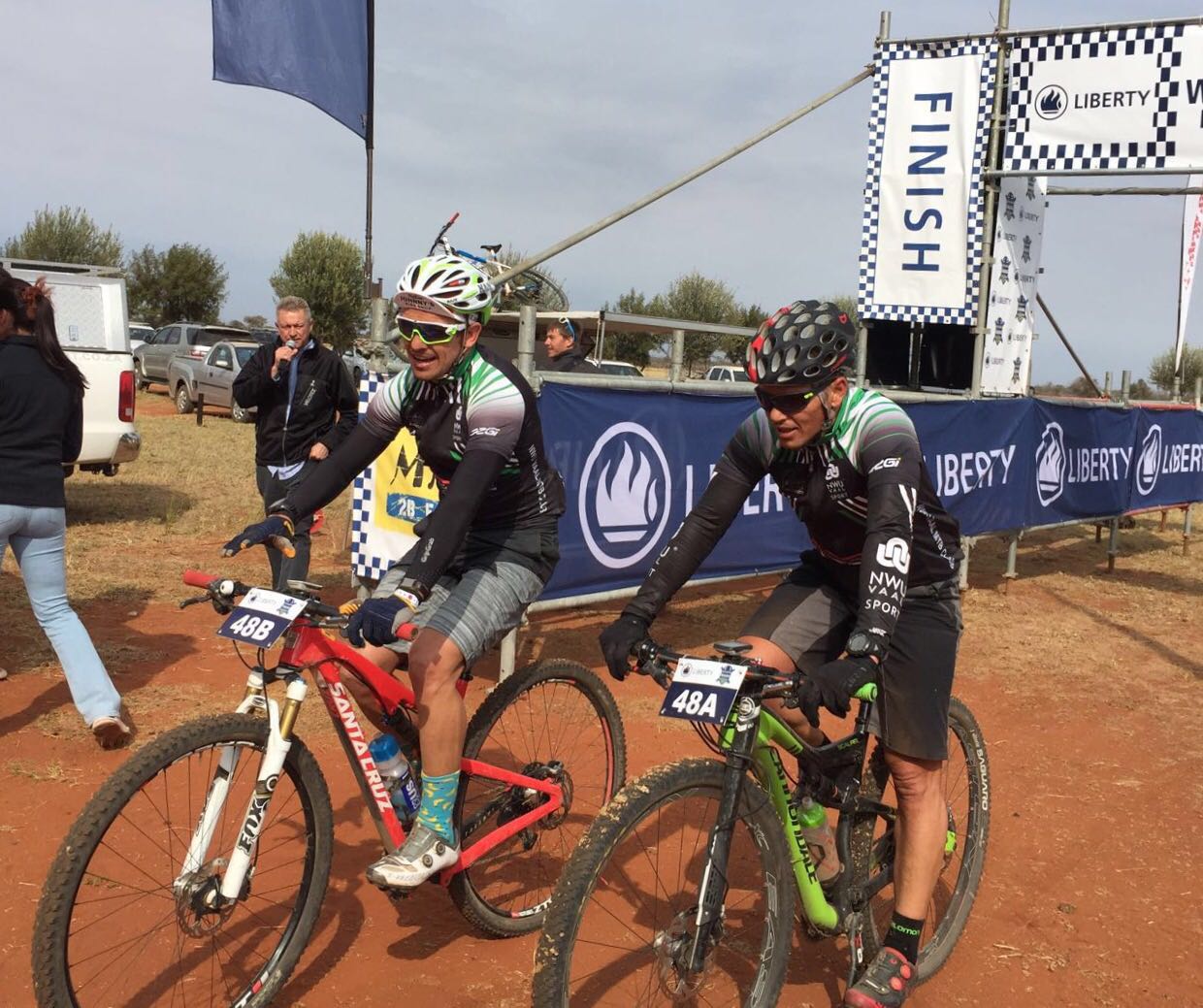 The stage has been set for the Liberty Waterberg MTB Encounter to become a permanent date on the South African mountain biking calendar after receiving high praise from inaugural winner Gertjie Harmse.

The three-day race, which took place near Bela-Bela in Limpopo at the weekend, is the second leg of the Encounter Series and follows the staging of the highly successful Winelands MTB Encounter in the Western Cape over the past two years.

Harmse and Devan Kruger, riding in the colours of his SST-Clotan, took top honours after completing the event in 10:59:33.

While the top riders competed for the victory, the organisers, ASG Events, said their focus was more on what the race had to offer as it made its debut on the local mountain biking circuit.

Facing a crash of rhinos with just your bicycle as an exit strategy, tackling new trails in somewhat challenging conditions and then being able to retire to luxury accommodation provided all the elements of a modern mountain bike event, said Harmse.

“I thought the organisers did a tremendous job in creating routes through this area that has a reputation for being sandy and with all the challenges of private land,” said Harmse.

“The route markings were great, the sand was raked to make the route ‘easier’ at places and tracks were made where none existed.

“I guess the biggest challenge for most riders were the ‘horizontal climbs’ – as the sand is called in that area. For me it was one of the challenges that made it memorable.”

The route planners negotiated with multiple game farm owners in the region to pass through their land, exposing participants to the Waterberg biosphere and animals they would not normally encounter in similar races.

“A few of us were lucky enough to have a memorably close encounter with a group of rhinos on day two,” said Harmse. “It’s not every day you can face rhinos head-on from 10 metres with only a bicycle to assist in your ‘escape’.”

Harmse said he thought the approach to cater for a largely corporate field was a great idea, but felt the route should be tweaked depending on the organisers’ target market.

“Although the competition between the corporate types is at times as fierce as between the pros, they also enjoy the social and family aspect.”

Harmse said the venue, food and accommodation provided at the Sondela and Zebula race villages were superb.

“I think it would be ideal if they can plan the event in a way where all the riders are hosted by a single race village for all three days.”

He said he had no doubt it had the potential to become a “must do” race.

“I, for one, would love the opportunity to ride it again.”