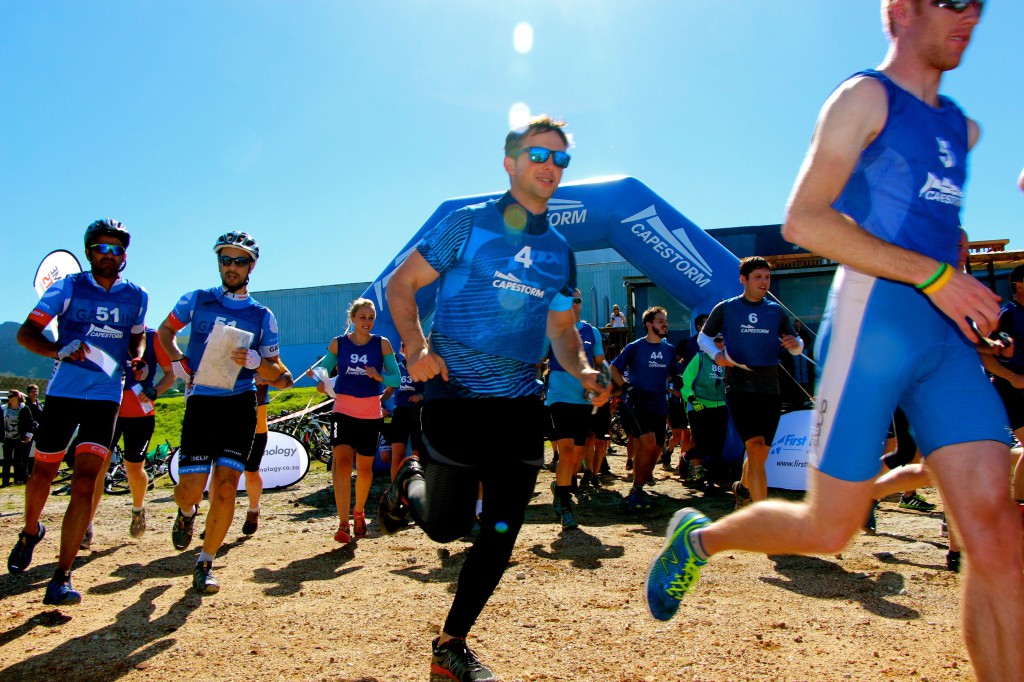 The annual 30km Adventure Sprint which takes place at the Gravity Adventure Festival is a great introduction to the sport of Adventure Racing and this year’s race was no different with more than 50% of the field lining up to take part in their first ever AR.

The sunny skies made for a pleasant change from last year’s battle against the elements. Thee start and finish venue was staged out of the Kleinmond Waterfront this year, generating a bit of spectatorship, which is a little foreign to Adventure Racing but provided for some great excitement, especially on the first leg, a 2km micro-nav in and around the Kleinmond Harbor.

Close on 50 teams set off at 13h00 in a frantic hurry to collect four checkpoints located on the rocks surrounding the Kleinmond Harbor. Competitors used an aerial photograph for this leg of the race and CP’s could be collected in any order which resulted in teams scattering in various directions off the start-line.

There was a great deal of rock-hopping involved as teams tried to work out the most efficient route between points. Progress was slow and some teams even decided to rather swim across the harbor instead of clambering around on the rocks, this involved negotiating their way through kelp forests and a rather tricky exit onto the sharp rocks in ceaseless swell but definitely made things interesting.

After about half an hour on the micro-nav, teams started returning to the start to collect their bikes and head off on the first MTB leg. This leg included a big route choice where teams could elect to swim, with their bikes, across the Palmiet river mouth or they could swim without their bikes then back track across the beach and head for the bridge to cross the river in a safer manor.

Roughly half the teams took on the challenge of swimming with their bikes in order to gain a few precious minutes that would be handy to avoid any bottle necking going into the tubing section.

This special stage was a highlight of race for many as they got to enjoy a couple fun bumbling rapids on the Palmiet River at a great level and just chill-out for a while as they floated downstream enjoying the surrounds in this beautiful valley.

After exiting the river, competitors had to run their tubes back up to the put-in point, collect their bike and continue down to the transition at Fairy Glen Picnic site.
Leg 4 – km MTB, Leg 5 – 6km Hike

Arriving at Fairly Glen, competitors swopped their MTB shoes for running shoes and headed off in search if some rather illusive CP’s atop the surrounding koppies. This was definitely the most navigationally challenging leg and some teams managed to spend an hour or two longer than they should have running around in circles trying to make sense of things.

The views on this leg were stunning and hopefully made up for the challenging terrain that need to be negotiated between CP’s. This leg is where team Untamed seemed to make all the right decisions and opened up a decent gap on the rest of the field.  The leg ended with some extra excitement with a 7m high rock jump and swim across the river.
Leg 6 – 10km MTB

After returning to transition and getting back on the bike it was a rather straight forward cycle home, albeit with a slight detour to fetch a CP on the other side of town. By this stage, teams were happy to make faster progress on the smooth tar roads and enjoyed some whale watching along the seafront as they fast approached the finish-line.

High fives were exchanged willy–nilly as teams celebrated crossing the finish-line and conquering this fantastic little adventure together. You could see that the AR bug had bitten a few unsuspecting novices. Some people were still not quite sure about this whole navigation business but we reckon time and hindsight will have them wandering where they could have made smarter route choices and hopefully dreaming up the next adventure before they know it!

Race honors went to Inus Van Rooyen and Bennie Steyn of Team Untamed in a time of 2h35min. The first mixed pair home was Quintin Smith and Tarryn Povey of team BikesnWines (2h54min) and Leigh Rynhoud and Margaret Lester of Mad Marleys did fantastically well to win the female pairs category and must also be commended for the most improved performance after finishing last in 2013. A few experienced solo racers also competed and the fastest of these was Hermanus Henning in a time of 3h25min.

Winning teams and lucky draws received awesome prizes from Capestorm and Extreme Lights which left big smiles on their faces. We would also like to give big thanks to our new headline sponsor: First Technology, without whom, this event would not have be possible.

Well done to all who took part, especially the novice Adventure Racers who came and conquered! We hope to see you back in 2015 or better still, on the start-line of one of the longer formats of the WCAD Series of Adventure Races. 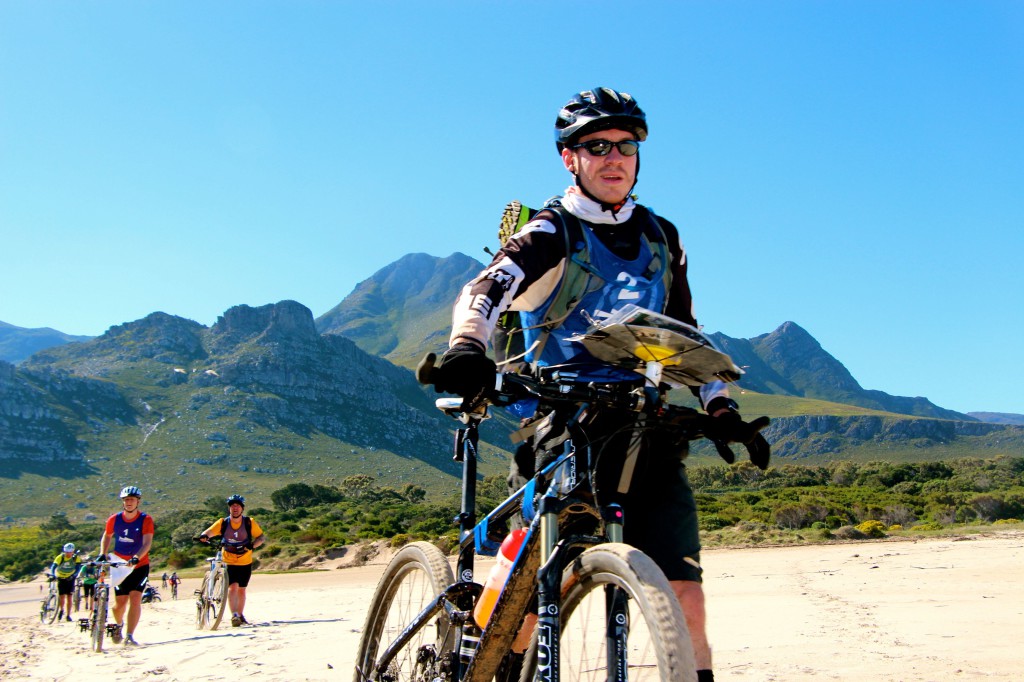