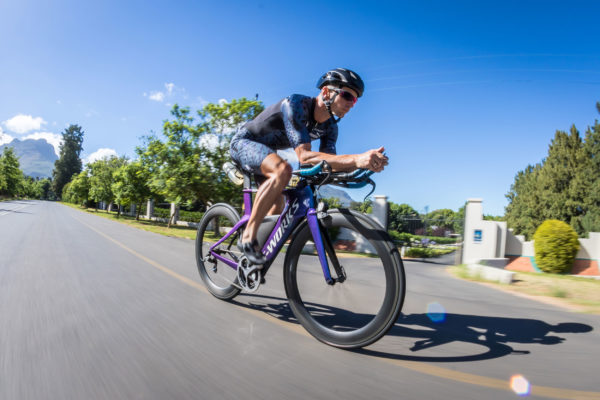 Current XTERRA World Champion Brad Weiss will add to the already stellar field when he lines up on the start line of the 2018 MiWayLife Durban Ultra Triathlon this Sunday. Johan Badenhorst/Gameplan Media

The 2018 edition of the Durban Ultra will double as the South African Long Distance Triathlon Championships and the names on the elite men’s entry list prove just how important this national title is to the athletes.

It’s going to be a busy fortnight for Weiss who this past weekend won the XTERRA event in the Western Cape, however he isn’t too concerned about the short change-around time between events.

“For professional athletes it’s not uncommon to race back-to-back events and the demands of going from an XTERRA event to an ultra-distance triathlon are very different,” the Puma/Specialized athlete mentioned.

“One example is the power to weight ratio on the mountain bike compared to riding the road bike. The power output on a road bike is far less taxing and it remains stable throughout whereas on a mountain bike there are spikes in your power output which puts you under a lot of pressure.

“I am looking forward to this weekend’s race and I enjoy dabbling in ultra-triathlons.”

It has been fairly well documented that the field at the 2018 Durban Ultra is going to be one of the strongest ever assembled for any of the Ultra events around the country. Coming up against the strongest ultra-distance triathletes is not intimidating for Weiss.

“This is what you want when you race, you want to race against the best athletes. I am really looking forward to taking on a top field of competitors.”

Weiss’ plans were to head to South East Asia for an event, however with Mother Nature intervening his calendar then opened up and he was able to get a late entry into this weekend’s showdown.

“There was an XTERRA event scheduled for the Philippines this weekend but they are currently experiencing a volcano eruption – the same volcano that the event was to take place on – so my calendar freed up.

“I gave Damian (Bradley) a call and he very kindly sorted me out with an entry and was very accommodating in getting me to the event and so I will be ready to go this Sunday!” he added.

Another athlete that will be making the trip to the East Coast is Namibian star JP Burger. The winner of the 2017 MiWay Cape Ultra was another late inclusion in the top-class field for the event.

The Cape Town-based athlete is no stranger to racing in Durban, as he raced to a win in the Tinman Race Three late in 2017 and just up the road won the 2017 Mandela Day Triathlon at Midmar Dam.

Adding another world class athlete like Burger to the list of athletes already competing which includes James Cunnama, Matt Trautman, Stuart Marais and Weiss, the competition is set to be a thrilling race right to the finish line.