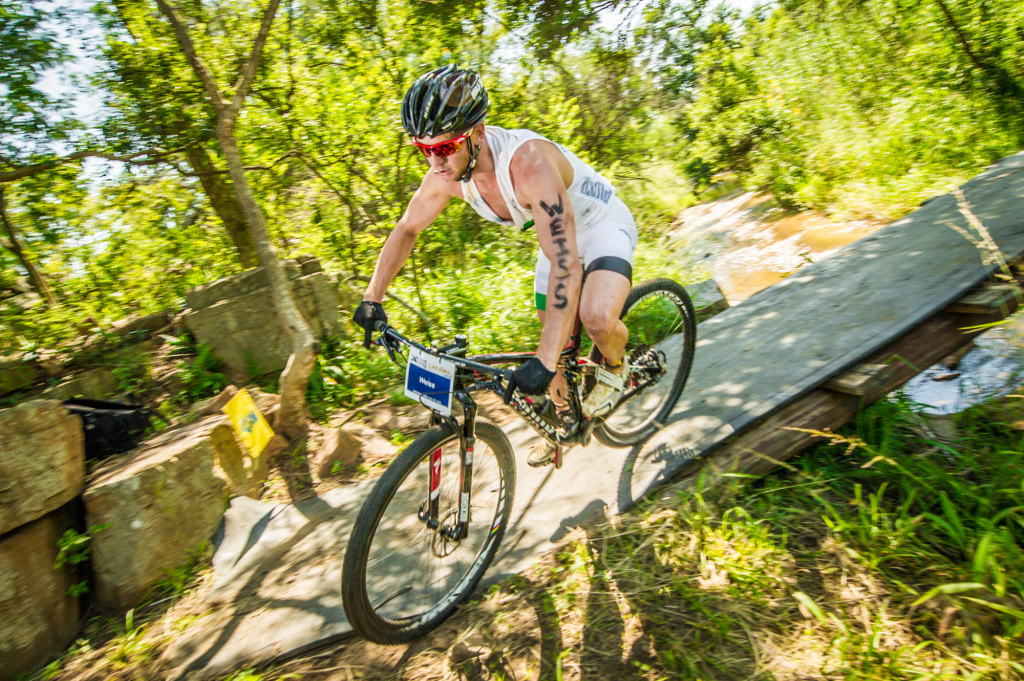 Tension was rife at the picturesque Buffelspoort Dam (North West Province) on Saturday, 24 January 2015 when over 400 adventure seekers toed the line to partake in the first XTERRA of the season, the TOTALSPORTS XTERRA Buffelspoort Full presented by REHIDRAT® SPORT.

The third individual athlete to exit the water, it was on the run discipline that Weiss was able to capitalise.  “I always struggle to swim at altitude,” said Weiss.  “My transition was rusty.  I entered the bike discipline behind Conrad Stoltz and Theo Blignaut.  Conrad is stronger than me on the bike.  So I decided not to overextend myself by trying to keep up.  I caught Theo and rode with him for about ten minutes before building a gap.  On entering transition two I was two minutes behind Conrad.  Building up to the event I’ve done a lot of gym work and felt really strong on my feet.  With about 1km to go on the run, I was now only 20 seconds behind Conrad, he made a wrong turn.  I called after him, but he didn’t hear.  It’s never a nice way to pass someone.  Claiming my very first XTERRA victory today was intense, a surreal experience and I couldn’t be happier.  My next event is XTERRA Philippines, which will be great preparation for XTERRA Grabouw”.  Antoine Van Heerden came in second, while Conrad Stoltz finished third.

In the women’s race, Griffioen was pleasantly surprised by her victory on the day.  “The swim was choppy, I swallowed a lot of water,” laughs Griffioen.  “I had a good bike ride.  The course included some really nice technical sections.  It was hot out on the trail run, with the course featuring a killer climb.  I am really surprised to take the win today.  The XTERRA is a great challenge, but the satisfaction at the end is worth it”.  Natia Van Heerden came in second, while Sylvia Van Tromp finished third.

Top trail runner, Thabang Madiba of Team Sterk was the first team athlete to cross the finish line on the day with a well-deserved combined finishing time of 02 hours 36 minutes 56 seconds.  According to Madiba, he has been dying to partake in the Totalsports XTERRA.  “Today’s event was challenging.  I did a bike ride yesterday for cross training and as a result my legs were very sore today.  When your team mate hands over the baton, it’s your responsibility to protect the position or to improve it.  The event was world class, really well marked and a lot of fun”.  Team Spirit came in second, while Team Tarantula finished third.

XTERRA Warriors could stock up on energy at the much loved Bokomo Breakfast Zone the morning of the event, while the REHIDRAT® Zone was a welcomed oasis for Warriors after a tough day of racing.

All finishers received a well-deserved Totalsports XTERRA medal.  XTERRA Warrior Deon Koegelenberg had one more reason to smile as he went home with a brand new Trek Bicycle, complements of our superb bike partner.