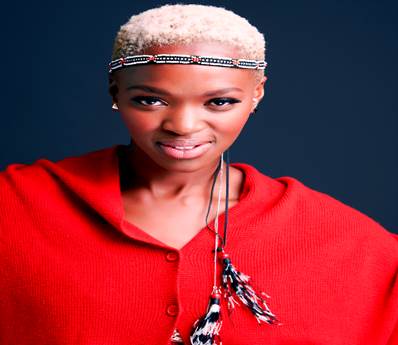 Well-known South African 5FM presenter, Fikile Moeti also known as Fix, will be participating as part of Team Fix in this year’s Discovery World Triathlon Cape Town, which takes place on 25 and 26 April

Well-known South African 5FM presenter, Fikile Moeti (28), also known as Fix, will be participating as part of Team Fix in this year’s Discovery World Triathlon Cape Town, which takes place on 25 and 26 April. The race will be hosted at the V & A Waterfront, making it the second time that the prestigious event will be held on the African continent.

Moeti was born in the Eastern Cape village of Nqamakwe. Says Moeti:  “Well, it was a village at the time. I was fortunate to be raised in three different countries namely South Africa, Botswana and England. My parents moved to England to study and once we were old enough to travel, they hurried me and my siblings over to England, later moving to Botswana.”

A keen sportswoman, Moeti started participating in triathlon in 2012. “I come from a swimming background – swimming provincially and playing three Springbok caps for the South African Women’s water polo team in 2003 and 2004, so keeping fit is a lifestyle for me.  Considering my career in the entertainment industry, it was difficult committing towards a water polo team, so triathlons took over my life because it is an individual journey. I’m a crossfitter and occasionally play with the Gauteng women’s water polo team for fun.”

Moeti was soon a great enthusiast of the sport. She participated in the Ironman 70.3 in East London and successfully competed in the Olympic distance Bela Bela Triathlon in 2012 and 2013. She is a proud ambassador of Virgin Active and aims to travel to compete in Ironman challenges worldwide.

As a multi-talented radio DJ, club DJ, television presenter, triathlete and leadership enthusiast, Moeti made MTV history when she became the first female VJ on MTV networks in Africa. The entrepreneurial beauty graced screens since 2006 when she won a nationwide competition to become MTV Base’s new presenter. Moeti was a student at the time at the Cape Town University studying Film and Media, when she was picked from obscurity from thousands of applicants and immediately joined the fast track.

The multi-talented entertainer also joined 5FM, currently hosting The Forbes and Fix show between 1 and 4pm, Mondays to Fridays.  She will be participating in this year’s triathlon in aid of her scholarship called the Fix Scholarship. The scholarship provides funding to study social entrepreneurships at the Gordon Institute of Science (GIBS) and exclusive opportunities to meet like-minded social entrepreneurs, thought- leaders and investors. Moeti jokingly says: “Hopefully we can make a few bucks here.”

She continues:  “I have so many blessings in my life.” Her top three achievements include graduating from GIBS in Social Entrepreneurship, completing her first half ironman and lastly winning the MTV VJ Search 2006 “which changed my life”. For 2015, Moeti would like to train towards a half ironman outside of South Africa, possibly Kona in Hawaii.

Moeti’s grandparents are her biggest inspiration. She says: “They were a humble Xhosa couple that were together for 56 years.”

One hundred and thirty elite triathletes from 80 countries will participate in this year’s Discovery World Triathlon Cape Town. This will be the fourth event in the ten city tour, which finishes in Chicago later this year. It is only the second time that a leg of the ITU World Triathlon Series will be hosted on the African continent, with the finish at the brand new Green Point Athletics Stadium.

Join the action at the V & A Waterfront. For route information or to enter go to: http://www.capetown.triathlon.org/enter/.

Triathlon is for everyone. Come prove it!