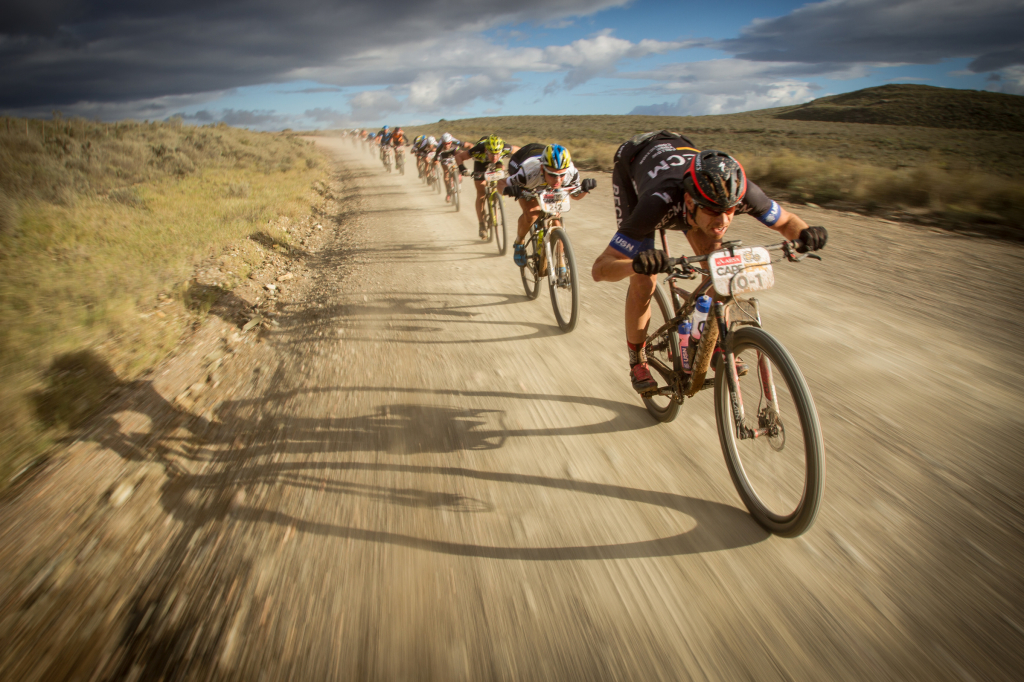 during stage 3 of the 2014 Absa Cape Epic Mountain Bike stage race held from Arabella Wines in Robertson to The Oaks Estate in Greyton, South Africa on the 26 March 2014
– Photo by Sam Clark/Cape Epic/SPORTZPICS

A video clip from the 2014 Absa Cape Epic shows Team RECM’s Erik Kleinhans and Nico Bell swooping down a hill, stopping alongside a stricken Frantisek Rabon and immediately setting about repairing a problem on the Specialized rider’s bike.  Rabon was, of course, Christoph Sauser’s partner in 2014 and the South African pairing of Kleinhans and Bell were riding as their support team.

This year Kleinhans and Bell will again be supporting Sauser, who will be racing with Marathon World Champion and Olympic gold medallist Jaroslav Kulhavy for Team Investec Songo Specialized.  Support teams have become critical to success in recent years, with backup riders sacrificing wheels or other parts – and their own ambitions – if the lead team run into trouble.  All the major challengers in 2015 will have support teams.  “Originally Nico and I were going to race for ourselves in the 2015 Cape Epic, meaning we would be going for the Absa African special jersey (for the first team from the continent to finish) and as high up on the general classification as possible – a top five would have made us very happy,” said Kleinhans.  “Since then, however, Specialized asked us to ride as a support team for Sauser and Kulhavy (who won overall when they raced together in 2013).  The Absa Cape Epic is one of the major goals for the company and after last year we have quite a bit of experience in the job at hand.   So the above-mentioned goals stay the same, except that they become secondary to fully committing our services to the two previous winners.  But if all goes well and we do have the opportunity, I believe the riders from Scott – Philip Buys and Matthys Beukes – will be our major challengers (for the Absa African special jersey), especially with them also having a support team,” said the popular South African.  Kleinhans also pointed to the Cannondale Blend pairing of Waylon Woolcock and Darren Lill as possible contenders for the African jersey. 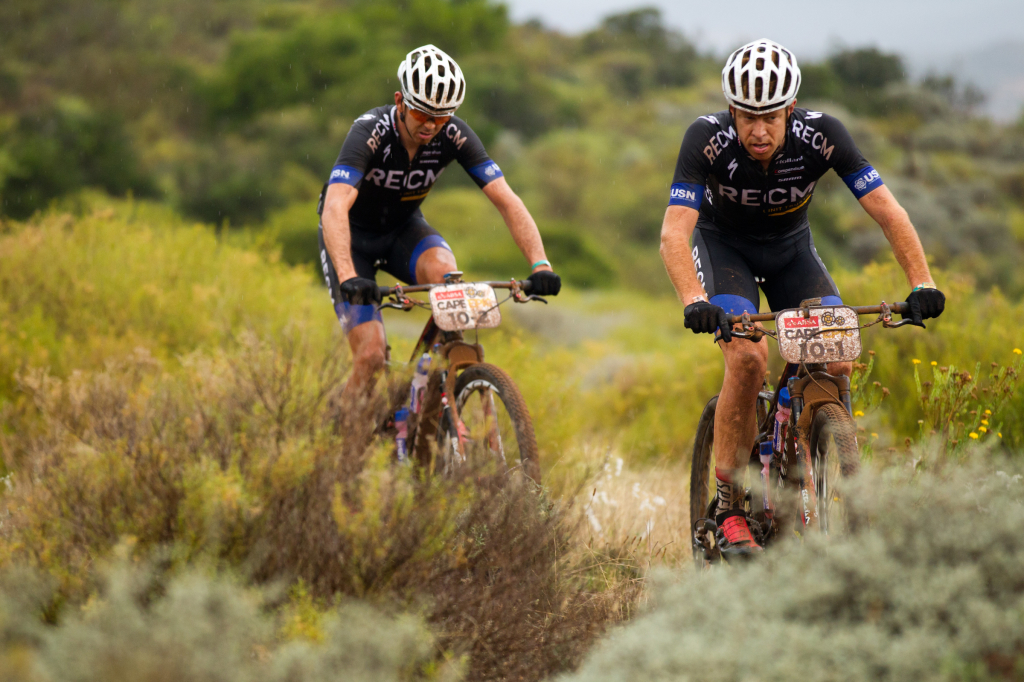 Kleinhans and Bell have ridden together often but live in Stellenbosch and Nelspruit respectively so do not train together routinely: “I have been on some rides this past week with Erik and Christoph Sauser and our form looks good leading up to the Epic,” said Bell. “We also did four stage races together last year, so we know each other well.   We have years of experience between us and have done numerous Cape Epics. We are both mentally strong riders so we can pull ourselves through anything! We are both good on the flats as well as on gradual climbs,” commented Bell.  “It is very important for the two riders to do a few races together to know each other’s strengths and weaknesses as after a few days riding together you can easily get irritated with your partner,” laughed Bell “We often see the one riding away from the other within the race!”

“Our attributes as well as the way we approach racing are very similar and we definitely make a very good combination,” added Kleinhans. “Both Nico and I are very strong on the flat rolling terrain and relatively the same on the climbs, but he prefers the longer steady climbs and I prefer shorter punchy ones.”

They will race on the Specialized S-Works Epic World Cup bikes.  “Their brain-suspension system is probably one of the biggest advantages we have, with the bike being responsive when you need it and then, without thinking about it, you have the support on the technical sections,” said Kleinhans.  Bell added: “This bike is made for the Cape Epic with its two water bottle storage within the frame and a swat kit for your tools and tubes.”

Kleinhans and Bell are both quite obviously looking forward to their eight days challenge: “The Absa Cape Epic is the biggest mountain biking stage race in the world,” said the former. “The event is always well organised, the media is incredible, and they make a big effort to make it the biggest mountain bike show in the world.”  Bell said: “The Absa Cape Epic is the Tour de France of mountain biking.  The route and organisation of the race are world class, as well as the international and national riders.