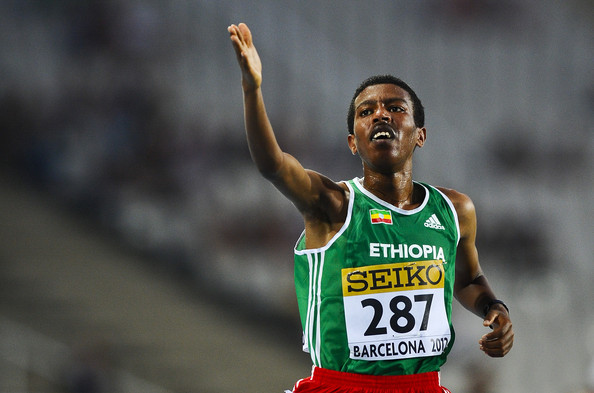 This exciting announcement follows on from last week’s news that one of the worlds’ best ever middle distance athletes, Vivian Cheruiyot, will also be taking part and it will be the first time that South African athletes have had the chance to race against this calibre of athlete on home soil.

“Until now they have had to travel abroad for this kind of depth, and we firmly believe that by giving our athletes the opportunity to race at this level at home, we will be helping to raise the standard in South Africa. The names we announce today further reinforces our stance that the 2015 field for the event, is the strongest field ever assembled for a road running event in South Africa, and will be the perfect test for South Africa’s best athletes,” says Michael Meyer of Stillwater Sports.

Three of the athletes have clocked under 27 minutes in the 10 000m with Moses Masai the twentieth fastest ever over the 10 000m with a time of 26:49.20.  Bett has recorded 26:15.16 and Demelash 26:57.56. Both of them ran these times in the Diamond League in Brussels in 2012, with Bett winning the race in a personal best and Demelash finishing fourth overall.

Demelash is an exciting prospect, having burst onto the athletics scene in 2011.  His 28:44 for the 10km in Addis Ababa at the Great Ethiopian Run (2 300m altitude) was just a taste of what was to come.

Masai has twice dipped under 27 minutes in the 10 000m, the first time in 2007 when he clocked his personal best in Brussels at the Diamond League where he finished second.  He again broke the magical mark two years later in Berlin, clocking 26:57.39.

Masai is an experienced campaigner, having won Bronze in 2009 at the World Championships in the 10 000m and was fourth the year before at the Olympics Games.

Demelash and Masai will be joined by Emmanual Bett, the fastest 10 000m runner in the world in 2012, with a time of 26:51. He is also considered one of the most versatile athletes, with major race victories on all surfaces.

Michael Meyer, from Stillwater Sports added that additional world class athletes are expected to be announced shortly, and that further announcements will be made in due course.

The FNB Cape Town 12 ONERUN race is sponsored by FNB Business.  The sponsorship forms part of the Bank’s ongoing strategy to support national and community events that have the potential to grow and inspire. The FNB CAPE TOWN 12 ONERUN affirms our dedication to providing an experience that is beyond expectation, through sporting disciplines that advance our commitment to building, enduring and rewarding relationships across communities in which we operate.