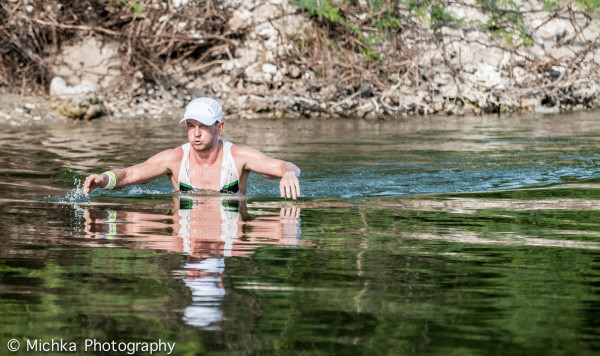 April 26 was the day for XTERRA Réunion and Bradley Weiss was the man to beat. With two victories already on the XTERRA World Tour this year, namely Philippines and Buffelspoort, Bradley dreamt of a third one, and it turned out that way; mission accomplished!

“It’s a great thing to win here. I’ve experienced many special things since I arrived in Reunion Island. I’m discovering a wonderful place here. And even more, when victory is part of it, it’s fantastic!!”

Before starting, David Hauss was tipped as his strongest opponent, and it turned out to be so. The Reunion guy was the one who started the showdown in full flight. “My idea was to swim as well as I could. I had good feelings, I started first.” said the Reunion guy from the France Triathlon team, who exited the sea with a 1’20’’ lead, followed by Bradley Weiss and French François Carloni.

1’20’’ is good but when you’re not a good mountain biker it’s a gap that can disappear really fast. Hauss knew that he would suffer on MTB course. Very soon he‘s got passed by Weiss and Carloni. “I knew that MTB will be my advantage. David is a great champion but he’s not so used to this discipline. When we passed him, we had to increase the gap to keep a comfortable distance for the trail run course where he would be much faster than us” explained Weis. Mechanical problems and a fall at the beginning of a downhill resulting in a skinned knee and a broken crank set did not help David Hauss either. “I’m not very comfortable on technical parts, but there, it became impossible. I would have given up but I wanted to finish only for pleasure. Finish first, tenth, or last today didn’t matter”, concluded Hauss, who finished the last few MTB kilometers with his crank set in his hand.

The victory struggle was between Bradley Weiss and François Carloni. “It was a great fight, on a really technical course”. We’re not used to that kind of course, but physically, I was OK so I could accelerate again” told the South African with a winning time of 2h17’20. The Frenchy gave up first. In the lasts kilometers, on La Saline beach, he even lost his second rank to Belgian Yeray Luxem. With the three podium spots taken, and recording the best running time, Hauss finished with an honorable fourth place.

“I had a great fun! What a race!!! It’s wonderful! I’d already ran many XTERRA races over the world, but I think this one is my favorite! Now I have to come back next year!! 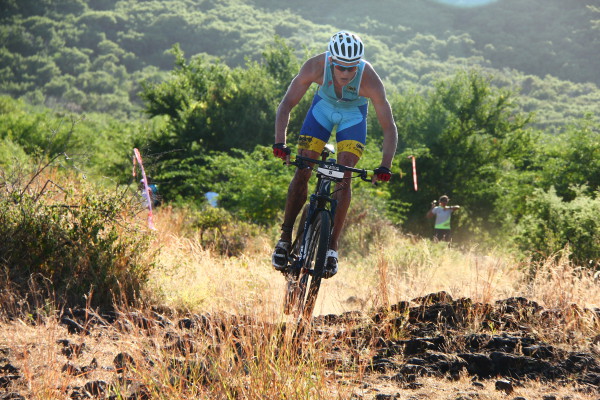 From the start gun it was expected that South African, Carla Van Huyssteen and German Kathrin Muller would have a hard time dropping one another, and as predicted, they got out of the sea together. Even more so, they finished MTB course together as well, buut the difference was determined by the technical Reunion Island trails. “I was very good till this point. But as soon as the first technical part began I understood I couldn’t win” admitted Muller, ITU World champion. Carla showed a perfect race. “I can’t remember ever having to run such difficult trails on an XTERRA race! But I did quite well. Soon I made the gap.” told the SA champion, winner in 2h38’47 and 9th overall. Kathrin finished with 9 minutes later. Claire Baudis from Reunion Island completed the podium. Carla concluded: “I loved this trip. Sure I’ll come back! I want to take time to discover these mountains, and I want to run a long trail running race such as Le Grand Raid. It’s my dream!”

As this first XTERRA Reunion set concludes are you a relieved organizer?

“I’m happy more than relieved. Everything got together in the last few days and we knew that we could count on a great volunteer’s team! What is important now are athletes’ feedback, pro and non-pro, who race XTERRA races all over the world. If they are happy, it’s the best thing for us.”

What are you now thinking about to developing your race?

“We have lots of ideas. Now we need the funding. For that we have to create good partnerships. We’ll meet all our partners to plan the improvement of XTERRA REUNION. We had a very nice race that can promote Reunion Island all over the world. Great athletes who couldn’t participate this year, already contacted us for next year”

Do you think partners understand the real potential of this XTERRA?

“Last Thursday, during our big show, they became aware of the great impact of this XTERRA. On what they said, they seemed to want to go with us. They are also wishing to develop links with South Africa, Mauritius and our proposal of a big Indian Ocean XTERRA tour.” 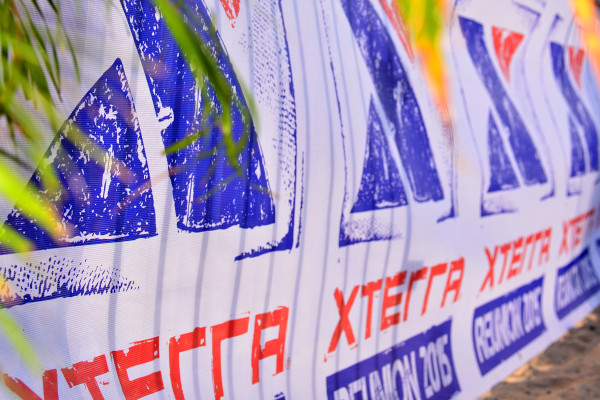