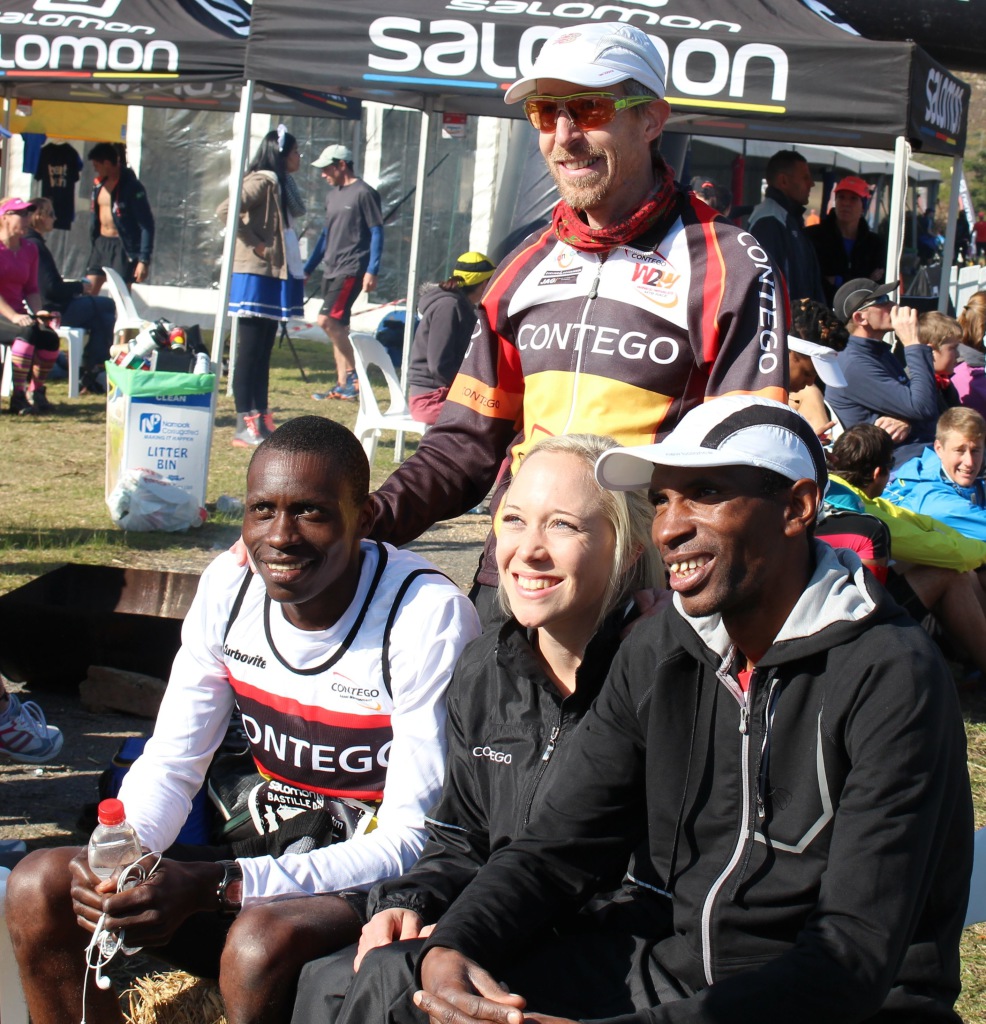 The past year has been filled with various highlights for the trail running team, Team Contego with great performances that included a South African title, various stage race victories and podium spots on a regular basis.

According to team leader Eddie Lambert 2014 was a good year for the team even though some of the team members struggled with injuries. Lambert and Dion Middelkoop both missed a part of the season because of niggling injuries.

“I think Danette’s (Smith) victory at the South African trail running championships was not only a big day for her, but a highlight for the team as well,” said Lambert. “Bernard (Rukadza) had great year once again with winning the Richtersveld Wild Run, the Spur Trail Series overall and along with AJ Calitz he won the African X and Southern Cross stage races. Tsungai Mwanengeni won the African X in the veteran category and Mari (Wessels) won Marloth and the CT Ultra trail over 17km. For me the best part of my season was winning the Wildrunner Trail Series, the Arabella Challenge and the icing on the cake was winning all four stages of the Drylands Traverse with Mauritz Van Rensberg. To win any stage race is an amazing achievement for me.”

Middelkoop won various race in the age category of 40+, but winning a race while on holiday in Croatia was the best for him.  He was victorious in the Ston Wall Marathon. Injury marred his 2014 though. “After a good 2013 I was hoping to go from strength to strength, but having picked up an injury late in 2013 I started the year playing catch-up. I was training hard, but never felt 100%”

Lambert added: “As a team we took part in the Marloth 60km relay race and we shattered the field by winning both the women and men’s races by more than a hour. Our women’s team also won the Table Mountain Challenge.”

Smith was in action at the World Trail Running Championships. She finished in the Top 30 in what was her first-ever international race and fourth in her age category.