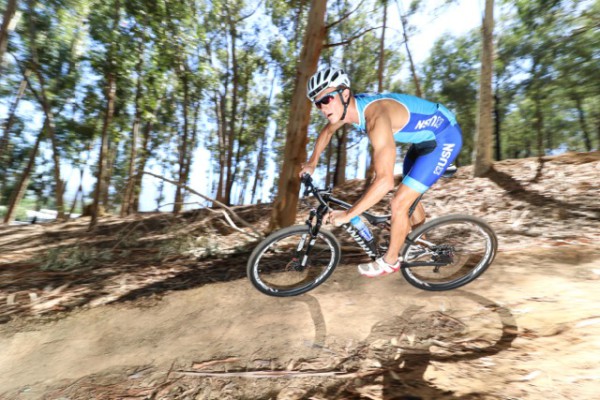 KNYSNA (20 May, 2015) – The BIG5 SPORT CHALLENGE has confirmed yet another elite athlete, Theo Blignaut, will take part in the 6th annual event, part of the Pick n Pay Knysna Oyster Festival, from 4-12 July, 2015.

No stranger to blood, sweat and tears, Blignaut describes himself through his favorite quotes, when saying “pain is temporary” and “chicks dig scars”. This young multisport sensation says he eats, sleeps and breathes triathlon every day, and that this sport makes his heart skip a beat.

The self-appointed “Triathlon Passion,” Blignaut is the perfect spokesperson for the triathlon world, and with his life rooted in the sport, he’s in the perfect position to ‘show and tell’ about the efforts that go into becoming a competitive athlete. His athletic beginnings were hatched while he was just an active kid running around on the farm, playing with his pet goat, swimming in the dam, and chasing sheep outdoors. “I always had a really good feel for water and although I loved the outdoors too much to spend much time training in the pool, I would sometimes show up at school galas and whip all the swimmers that had been training so much harder than me,” he laughs mischievously. “As I got older I took up rugby and cricket like any South African by would do. One afternoon when I was about 16 years old I was chilling with my friend at our hostel when my mom phoned me to say the North West Triathlon Champs were happening that weekend. She asked me if I’d like to do it and I said ‘yeah I’m in’. It was my first ever race and I finished in 2nd place. From then on, I was hooked.”

Having fallen in love with Knysna’s beautiful setting on a previous visit, Blignaut is excited to be part of the BIG5 SPORT CHALLENGE in 2015. “The festival has an amazing vibe and I really suffer from FOMO – Fear Of Missing Out! I’m looking forward to being part of a great event, and to having a beer after the racing while I trade war stories with the other competitors.”

Blignaut says he is looking forward to competing every day for 5 days at the Pick n Pay Knysna Oyster Festival. “In preparation, I’ll be sure to have fun while I train hard and smart, in the rain and in the mud, and practice getting comfortable with being uncomfortable. I love putting myself in the hurt box ‘happy place.’ Plus, it’s going to be a really good training week for me as I am preparing for ITU Cross triathlon World champs in September this year.”

An enviable bucket list item on the international endurance and adventure race calendar, the 2015 BIG5 SPORT CHALLENGE will have a limited field of 125 entries. From cycling and swimming to trail running, athletes will take part in five predetermined events and rankings will be done based on cumulative time. For more information visit www.pnpoysterfestival.co.za/big-5-sport-challenge/.