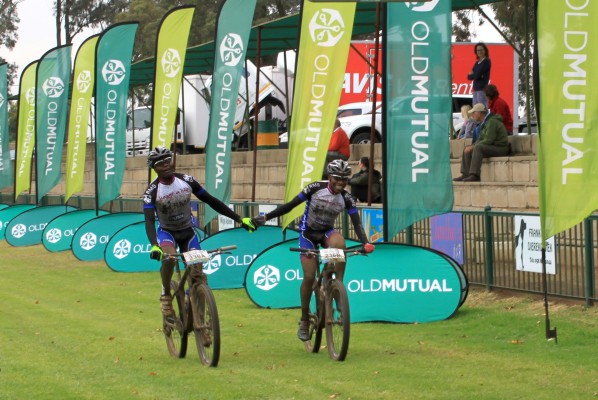 Development riders Mboneni Ngcobo and Sthembiso Masango showed the pro field a thing or two as they drove the pace on the 116km neutral opening stage of the nine-day Old Mutual joBerg2c mountain bike race on Friday.

The muddied but unbeaten RMB Change a Life Academy duo set a solid tempo as the field of 800 left Heidelberg on the outskirts of Johannesburg and headed towards the Free State border.

Ngcobo and Masango were first onto the floating bridge crossing of the Vaal Dam and maintained that position across the finish line at Wilgerivier High School in Frankfort.

Although the first stage is officially untimed, the pair, who hail from the Valley of a Thousand Hills near Pietermaritzburg, clocked a time of 4:40:22.

They were followed home by Avis Van Rental’s Andrew Hill and Tyronne White, with the Altech Autopage Karan Beef team of Pieter Seyffert and Hanco Kachelhoffer third in 4:40:51. 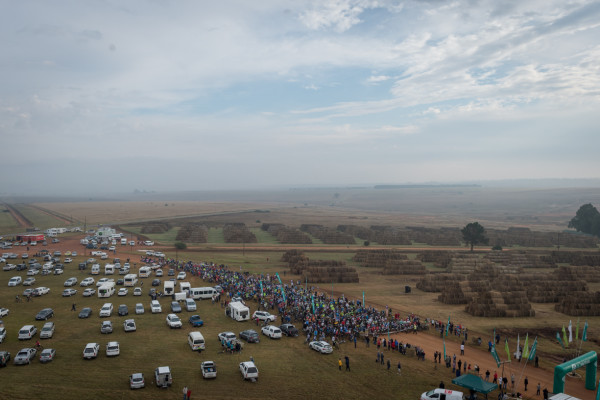 “Today it was our plan to take the stage win because we know the following days are going to be hard! We won’t get a chance like this again,” said Masango.

Ngcobo said they had their sights set on an overall podium after losing out on a top-10 finish due to mechanical problems last year.

Defending champions Johann Rabie and Gawie Combrinck of EAI Cycling played their cards close to their chests as they finished safely within the bunch.

“There are two or three teams we’ve got our eye on for the overall but it’s still a long way to go,” said Rabie.

In the women’s and mixed categories, the SasolRacing teams paced together to dominate on the day. 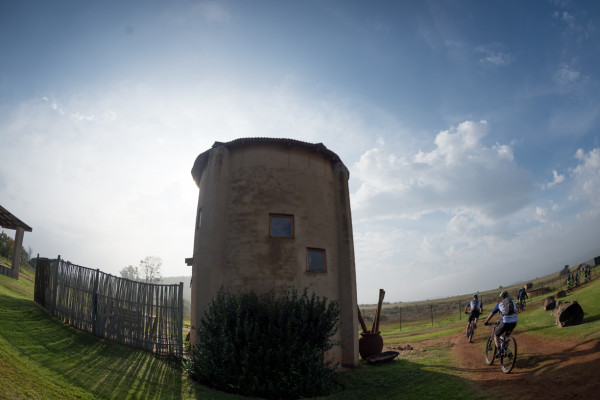 Williamson said the stage had been far tougher than expected after heavy overnight rain on the course.

“Today was a difficult one. It’s a non-race day but you still have to work quite hard, as it’s quite muddy out there.”

On Saturday, the race continues southwards through the Free State with a 93km stage that finishes at the Reitz Showgrounds.

To see more results and highlights from the stage, visit www.joberg2c.co.za. For updates, follow @joberg2c_journo or find the race on Facebook.