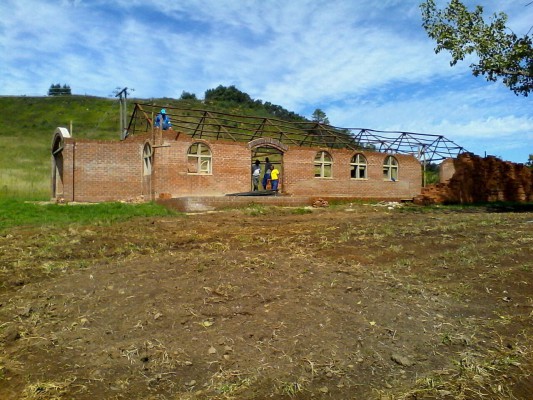 Glencairn Farm at the foot of Sani Pass is set to become the new registration and start venue of the Nedbank sani2c in 2015. – Supplied/
Gameplan Media

Himeville – 2015 is set to be the year of the race village experience for participants of the 11th Nedbank sani2c mountain bike stage race while organisers’ more than decade long dream of the race commencing at the foot of the iconic Sani Pass is also set to be realized. 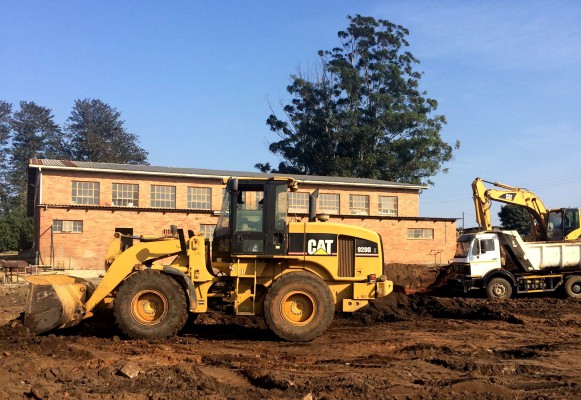 Development is well underway as the Nedbank sani2c seeks to match their world class route with comfortable, permanent venues at the race’s start and overnight stop venues. – Supplied/
Gameplan Media

Developing a world class route has always been the focus for event director Glen Haw and the rest of the organizing team. With that achieved and maintained annually though, the focus has now shifted onto creating race villages to match.

“We have always said that the ride is the most important aspect of the Nedbank sani2c and this will never change but this year we have taken the opportunity to further differentiate ourselves by focusing on a race village experience that is a cut above the rest!” explains Farmer Glen, as he is known by most.

“Upgrading and building towards permanent venues will not only give all riders a better experience but simplify things for the setup and crew as well.

“In essence this will allow us all more time for attention to detail, which is becoming increasingly important as the standards are raised and mountain biking becomes the ‘new golf’,” he adds.

The migrating of the race’s registration and start venue to Glencairn Farm at the base of Sani Pass is something that has Haw particularly excited while the long term upgrading of the facilities at the second overnight stop at Jolivet is something he believes will add greatly to participants’ overall experience.

“After 10 years we will be moving the start of the Nedbank sani2c to where it was originally planned to begin, Sani Pass!” enthuses an excited Glen Haw.

“Glencairn Farm will now be the start venue for the 2015 event with registration and all other services, including bike courier collection, bike shops, car shuttles and black box hand over, to be conducted from this venue.

“This, together with the major upgrading of Jolivet that is currently underway, is a major project which will continue into 2016.

“After years of squeezing into small marquees and dinning in adjoining farm sheds, we decided to level all the old buildings and erect a new kitchen and dining area.

“There have also been upgrades to the medical facilities, masseurs as well as the shower and toilet facilities while the Barn complex has also been revamped.

“Jolivet will be new to even the sani2c veterans in this year’s field!”

The riders themselves won’t be the only ones to benefit from the projects currently underway as Nedbank sani2c organisers look to involve local communities as best and as widely as possible as projects stretch far beyond just the immediate future.

“We have some big changes planned in the years ahead and these long term projects will have no end but rather will continue to develop alongside our sport of mountain biking.

“The projects at Jolivet and Glencairn have already created job opportunities for the neighbouring rural people with close to 10000 man days having already been created in an area where employment is desperately needed!

“In many cases locals have been up-skilled and employed as builders, tilers, carpenters and plumbers, something that we’ll see continuing well into 2016 and possibly even beyond.

“Never before has Nedbank’s strap line – Make things happen – been more apt as we look to turn this philosophy into action via the sani2c!” says Haw.