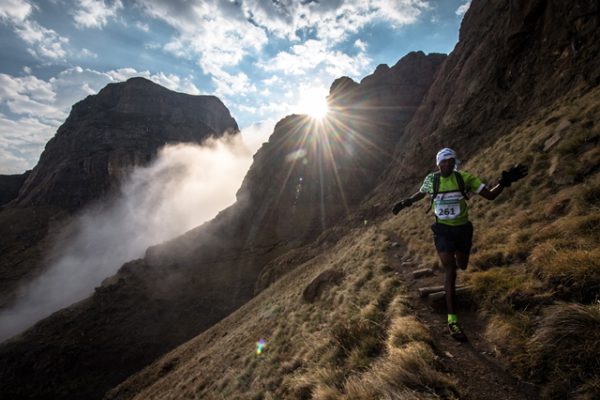 The cooler, cloudy conditions didn’t dampen the competition between the leading runners as they made their way around the grueling course. Four-time winner, Eric Ngubane, took the men’s win in a time 04:42:00, with 24-year-old Rory Scheffer hot on his heels finishing in 04:45:40. Local to the area Philani Shabalala finished in third place in a time of 04:55:09.

The women’s race was equally as exciting with a strong field including Comrades gold medalist Kerry-Ann Marshall and Mont Aux Sources record holder Tracy Zunckel amongst the favourites, but it was Holly Page from the UK who took the win, breaking the existing record by 34 minutes in a time of 04:59:00. Kerry-Ann Marshall finished second in 05:17:17 with Ann Ashworth taking the final podium position in a time of 05:26:03, both also under the record time.

“It was a very exciting race up front, but as with all Old Mutual Wild Series events we also saw a lot of excitement at the back; there was a lot of spirit and camaraderie amongst the field. In fact, John Stark is worthy of a mention for finishing his 20th race, a major achievement considering the event is only 24 years old,” said Andrew Booth, Race Organiser for Wild Series Events. 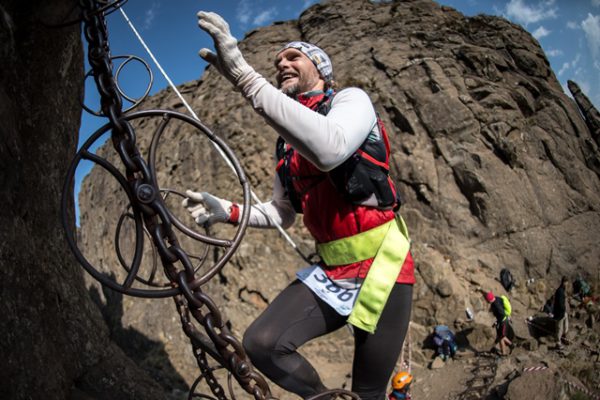 “Every year the Mont Aux Sources Challenge gets better and better,” says Karen Thomas, Old Mutual Head of Brand. “The Wild Series team know how to put on a fantastic event; not only one that the runners enjoy, but also one that contributes to the area in a vital way. With more and more species being added to endangered lists around the world, it is essential that we look at conservation within our own country. As a brand and company that has stood the test of time, Old Mutual is proud to be involved in the Wild Series and to play a part in their ongoing conservation efforts.”

Having a record sold-out year, with over 300 first-timers means great things for the Bearded Vulture Project, as a portion of the event entry fee goes towards supporting this incredible project that is aimed at conserving the critically endangered species. Some lucky runners managed to spot this rare bird on the run, and considering there are less than 400 left in the world, that is an exceptional bonus to an already incredible mountain run.

The event would not be a success without fantastic partners and sponsors, with special mention of title sponsor Old Mutual. “It’s phenomenal to partner with an organisation like Old Mutual who have the same shared values of ensuring a better tomorrow,” said Louise Duys, Wildlands Director Partnerships, Marketing and Events.