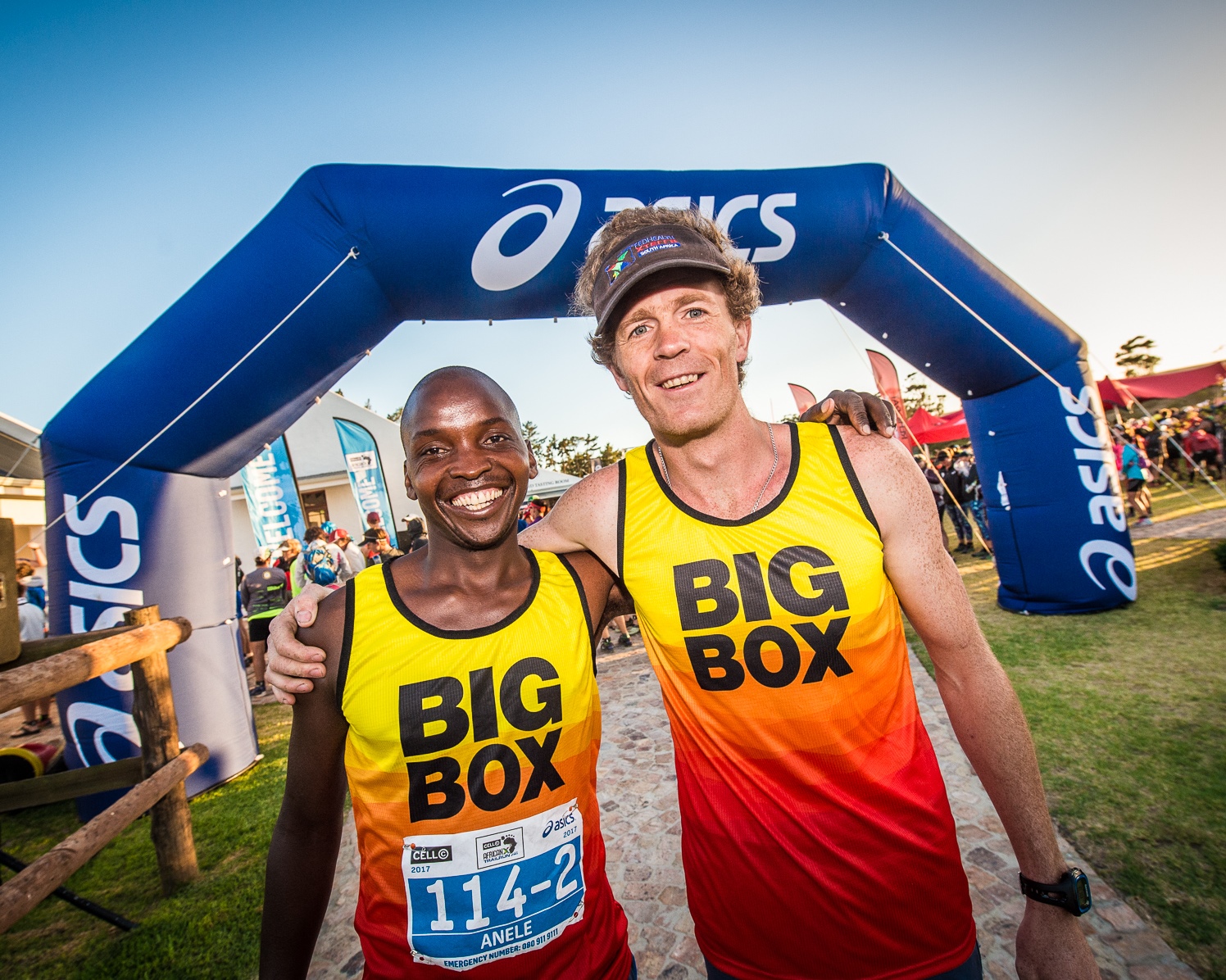 Introduced in 2010, one year after the AfricanX’s inception (the event celebrates its 10th anniversary this year), the award was founded in memory of Sanet Wentzel, an AfricanX participant who passed away tragically at the end of 2009 after being knocked down by a car during a morning training run.

Wentzel had an adventurous spirit and enjoyed AfricanX to the fullest so much so that she could not wait to compete again in 2010. Sadly this dream did not come to fruition.   The ‘Sanet Wentzel Spirit Award’ was introduced in memory of this fallen athlete. Today the award honours AfricanX entrants who persevere irrespective of the adversity that they face.

In 2017 the award was presented to Anele Mnukwa, a petrol attendant from Grabouw.

Mnukwa had always wanted to take part in AfricanX, but was not able to cover the entry fee. After hearing about his dream, Big Box Containers offered him a complimentary team entry. With only two weeks to the start of the event, Mnukwa and team mate Francois Groenewald immediately started training.  While running the XTERRA route in Grabouw on the Monday, Anele fell and seriously injured his leg. Although the injury became infected, the team scheduled their second training session for the Friday, but Anele did not show up. Francois later learned that Anele had been attacked by seven men who stole his shoes and watch. Thankfully he walked away unscathed. The team’s dream of racing AfricanX had been cut short. Their new goal was just to finish each stage.

“Winning the Sanet Wentzel Award was the best part of AfricanX,” says Mnukwa. “I felt like a champion. Now I want to win more awards. I am happy to say that my leg injury has heeled nicely and that my training is going well. I am training six times a week, mostly on the road with some jeep track in between. I’m averaging +- 120km a week. Francois and I try to run together at least three times a week.”

“I’m looking forward to sleeping in the Big Box Container again,” continues Mnukwa. “The container sleeps really well and I can safely store all my personal belongings. I am really looking forward to experiencing the trails as this year the event will be hosted at a new venue. My goal is for “Team Big Box” to finish in a Top Five position.”

“It’s an honour to know that Anele has confidence in me as a partner,” says Groenewald. “It meant the world to me when he won the Sanet Wentzel Award. Irrespective of the hardship that he endures, he still goes out every day and runs 20 – 40kms in the dark. He is used to podium finishes, but before AfricanX he had never won an award that praised him as a person. We are incredibly thankful to the Big Box family for seeing our potential as athletes and realising our needs.  In turn they motivated us to perform better than we thought we could.”

Irrespective of the trials faced, Team Big Box’s Anele Mnukwa and Francois Groenewald completed the three stages of the 2017 AfricanX Trailrun presented by ASICS in a combined time of 09 hours 03 minutes 22 seconds, securing an overall 10th place positon in the men’s team category.

According to Willie Ward, Director of Big Box Containers, Anele and Francois are true Big Box ambassadors. “They never give up. On any given day you are sure to find Anele training on the N2 just outside of Grabouw. Awards come and go, but the Sanet Wentzel Award was special because it was as if the universe just said to Anele ‘you are good enough’ and showed that people recognize his challenges. Both Anele and Francois are very talented runners, but more so they are nice guys. We count ourselves lucky to have them run in the Big Box colours.”

Nominate a runner now: Trail runners taking part in the 2018 AfricanX Trailrun presented by ASICS are encouraged to send their ‘Sanet Wentzel Spirit Award’ nominations with a short description to niquita@stillwatersports.com

BEST DRESSED COMPETITION: Although all three stages of the AfricanX Trailrun presented by ASICS are equally special, Stage Two features ‘that extra flair’ with trail runners allowing their creative sides to get the better of them as they try to outdo their rivals in the AfricanX’s “Best Dressed” competition. With awesome sponsor prizes up for grabs, “Dress Up Day” is sure to be the source of much excitement.