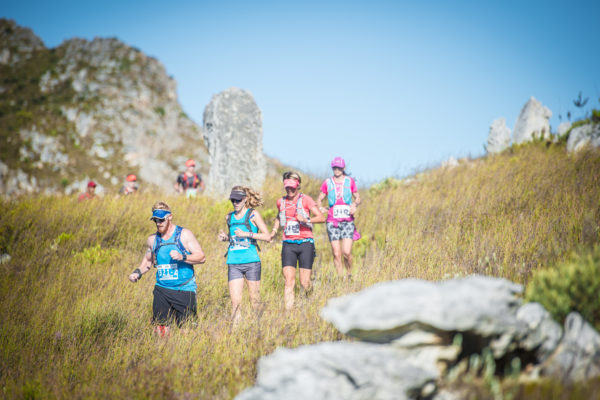 Taking place at the Elgin-Grabouw Country Club on Saturday, 24 February 2018, the much anticipated XTERRA Trail Run will double up as the AfricanX Trailrun’s 4th Training Run.

The AfricanX Training Runs are hosted under the guidance of former AfricanX winners Dawid Visser and Rohan Kennedy. The goal is to prepare runners for the 10th annual AfricanX Trailrun presented by ASICS that will take place at the picturesque Boschendal Wine Estate (Stellenbosch/Franschhoek) in April 2018.

“The XTERRA Trail Run is perfect preparation for the AfricanX Trailrun,” says Visser. “The Elgin-Grabouw trails feature every type of terrain possible. They are technical, sandy and rocky with lots of single track. XTERRA athletes are called XTERRA Warriors. It’s fitting that trail runners can show that they are equally qualified to be called Trail Warriors. Being part of an actual event will add excitement to the training run, while giving the runners a sneak peak of what to expect from AfricanX.”

“The runners will also be able to test their gear, fitness and pre-race routine,” continues Visser. “The XTERRA Trail Run route perfectly simulates what will be on offer at AfricanX. In addition to testing fitness and gear, runners will also be able to get in some necessary speed-work. Expect a really well organised event, spectacular terrain and views combined with an overall great vibe.”

For further information or to confirm attendance please email dom@stillwatersports.com

LATE ENTRIES: XTERRA Trail Run late entries will be accepted on the day (Saturday, 24 February 2018) at the Elgin-Grabouw Country Club.